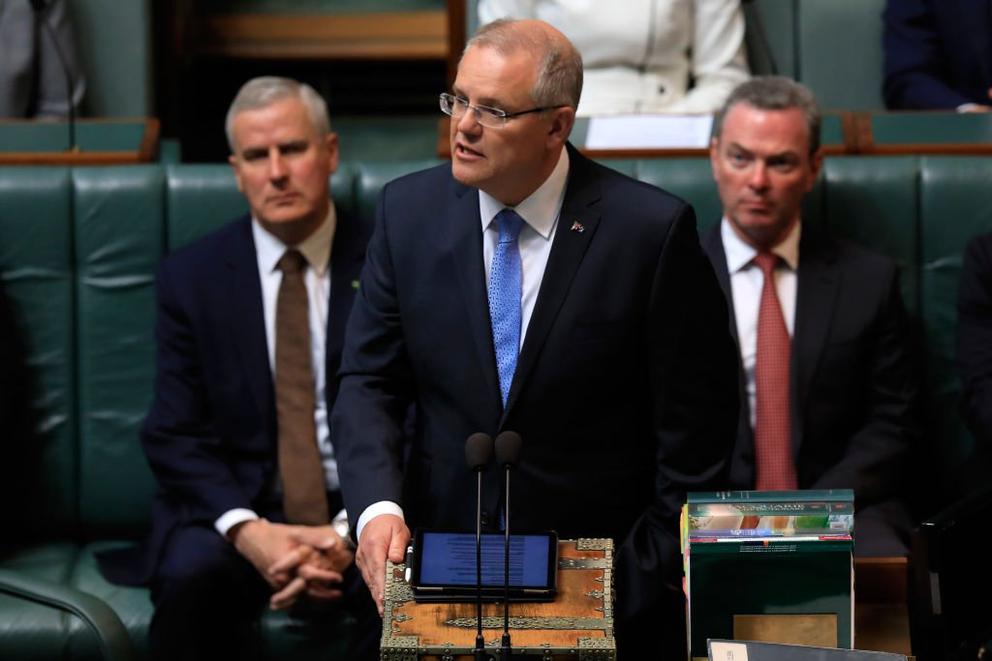 Australia's Prime Minister Scott Morrison gave a speech apologizing to child victims of institutional pedophilia. Morrison stood with opposition leader Bill Shorten and Cheryl Edwards, chairwoman of the national apology reference group as he <a href="https://www.theguardian.com/australia-news/video/2018/oct/22/pm-delivers-official-national-apology-to-victims-of-child-sexual-abuse-video">spoke to victims and survivors of child sexual abuse</a> in the Great Hall of Parliament House.

'Today, the Australian government and this parliament on behalf of all Australians unreservedly apologises to the victims and survivors of institutional child sexual abuse,' Morrison says. 'For too many years our eyes and hearts were closed to the truths we were told by children.'

Australia's Commission somewhat mirrors that of the <a href="https://www.iicsa.org.uk/">UK's Inidependent Inquiry into Child Sexual Abuse (IICSA)<a>. The UK, was home to the Jimmy Savile scandal. Savile apparently raped hundreds of children over a period of decades and had his many crimes covered up by BBC and perhaps even the Crown itself. Speaking of the Crown, even Prince Andrew, who was a friend of Savile's, has been implicated in crimes related to underage sex slaves and is one of many to be implicated in Jeffrey Epstein's mass of child exploitation on his "Lolita Island."

The National Apology was <a href="http://theconversation.com/the-national-apology-to-victims-of-institutional-child-sexual-abuse-matters-heres-why-104767">one facet of the Royal Commission into Institutional Responses to Child Sexual Abuse.</a> This is the first public acknowledgment by government officials of complicity of government, community organizations and religious institutions in child sexual abuse. The RCIRCSA resulted in a final report with 189 recommendations which were released in December of 2017. One of the recommendations regards redress to victims in the form of monetary payments of up to $150,000AUD

Australia is the home of Latrobe University professor and Australian Research Center in Sex, Health and Society (ARCSHS) Gary Dowsett. Dowsett was a "safe schools" advocate who has actively advocated for doing away with age of consent laws for decades now. In January, Twitch banned an ad that warned against Dowsett's pro-pedophilia agenda on the grounds that it was "transphobic" as well as being "political advertising" which the company says they neither allow nor support.

What the Clark Kent is wrong here?

Oh I get it, all those in power are in on it. Either we cast all these power hungry perverts out or we continue to be complacent & it continues on… Business as usual.

I am thank full in one thing at least the POTUS is signing exec. orders & bill`s into law to smoke these most perverted of the perverts out.

Next the punishment needs to be capital vs fines & prison time.

Examples must be made! Stand with unity & strength! Our weakest members of society shall no longer be preyed upon!

The public must be more outraged.