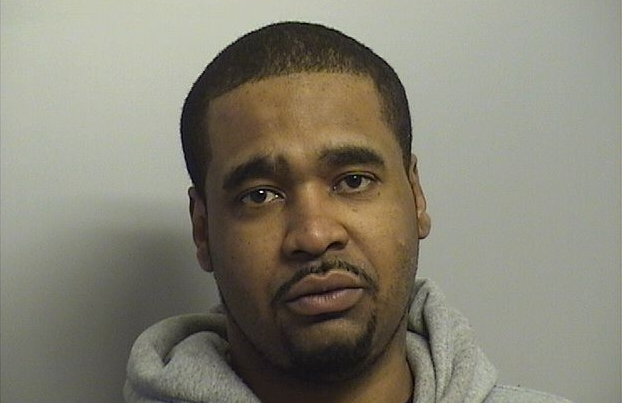 There is disturbing news coming out of the Memphis, Tennessee area where a vile creature responsible for the rape of a two-year-old child was released from prison only to commit another atrocity against children. This time, Kenny Evans was busted with child pornography.

According to local<a href="https://wreg.com/2018/10/22/violent-sex-offender-accused-of-having-child-porn-on-his-phone/"> CBS affiliate WREG Channel 3</a>, Kenny R. Evans was subject to a series of sweeps recently. All took place in the Memphis Area, where police were monitoring the status of convicted child sexual predators and sex offenders.

Kenny Evans is a previously convicted child rapist who victimized an infant child, the Tennessee Department of Corrections said and is now back in custody.

<a href="https://www.wmcactionnews5.com/2018/10/23/operation-blackout-keeps-kids-safe-sex-offenders-during-halloween/"><b><i>Operation Blackout</i></b></a>, orchestrated by the Tennessee Department of Corrections, utilizing the assistance of local and county law enforcement, was successful in making this year's Halloween season safer for both children and parents.

<a href="https://www.homefacts.com/offender-detail/TN0045122020161215/Kenny-R-Evans.html">HomeFacts </a>has 33-year-old Kenny Evans listed as a Registered Sex Offender for the charges of Aggravated Sexual Battery.

In 2008, Evans was convicted and sentenced to six years in prison for the rape of a two-year-old child, one of the most horrific crimes imaginable.

After his release in 2014, he was charged again for failing to report his residency to the state sex offender registry, and attempting to flee justice.

Neighbors of Evans say they had <i>no idea</i> that a child molesting, subhuman, a piece of trash like Evans walked the streets nearby. Most said they were furious to hear these revelations, although a few knew of his crimes.

The tiny child that Evans had raped? He was left to babysit. A horrific act by an evil savage.

There are a stunning five schools within a mile of the address, and Evans has previously been warned to avoid those education facilities.

Numerous children live in the area, and they're thankful that a parole officer arrived at Evan's home on 4040 Oak Cliff Road in Memphis as part of the sex-offender deterrent efforts of local authorities.

"I seen cops out here yesterday," said a neighbor. "I didn't know what was going on.”

Some neighbors said that they've seen angry fights between Evans and his father, with one saying that he heard them scream at each other often.

All of the neighbors say that children in the world should be protected, as they're God's most innocent of people.

"I saw the parole board pull up,” said one neighbor, James Marsh. “There's like six guys come out with vests on then they showed back up an hour or two later with about five or six squad cars.”

The father of Kenny Evans is the owner of the North Memphis home, where he and his son resided for years.

Once Kenny's probation officer arrived at his house as part of Operation Blackout, he has a surprise for the child molester, a warrant.

As part of Kenny Evans’, and all sex offenders’ terms of parole, their court-ordered officers can arrive to conduct a random inspection at any time, but Evans’ had a secret. He was downloading child pornography.

Often, people make the mistake of assuming that simply viewing child pornography isn't a serious crime, <i>but that's not considering that every child depicted in the rape film is a victim.</i>

Evans, a black Memphis convict, known for being a child molester, wasn't very clever in covering his tracks. When his Parole Officer took his phone to examine it, he found physical evidence.

There were reportedly numerous videos displaying the forced sexual assault of prepubescent children, as well as images of children aged 7 to 13-years-old.

Evans attempted to flee, but he didn't make it far and is now in the custody of the Tennessee Department of Corrections pending a $75,000 bond.

Cases such as this are indicative of the behavior patterns of dangerous pedophiles, who cannot be rehabilitated in any instance. For most, as soon as they're released they're again engaged in sickening behavior that eventually leads to the rape of a child.

We must do more in the future to demand legislation to end this release of pedophiles. Many Americans are in favor of capital punishment for those who would hurt a child.

Most law enforcement wants to warn the country about sex offenders during Halloween because that is when children go door to door.

"I think it’s good reason considering all the kids walking around the neighborhood,” Marsh said.

<b>Use these tips for children who are trick or treating:</b>

<b><i>~ If they do go out alone, make sure you know where they will be trick-or-treating, or that they have cell phones at an arm's length. </i></b>

<b><i>~ Check the State Sex Offender Registry ALWAYS to know which houses to AVOID, and warn your children to pay special attention. </i></b>

<b><i>~ Sex offenders also have certain rules for Halloween that must be followed, so if you do see one that's not following those rules? CALL THE POLICE.</i></b>

<b><i>~ Pedophiles can’t have Halloween decorations, lights on their porches, or attempt to give candy to kids. </i></b>

call it what it is- a NIGGER

Courtney Tubbs… I 𝑲𝑵𝑶𝑾 we have to talk about pedophilia, and we have to catch the people who violate our children, babies, etc… But, WHAT does RACE have to do with it? Child molesters INFURIATE me as much as anyone, but is race the issue? No, the CRIME is. If race is a point of econtention for you, there's a problem… You see the comment from No. 40200? Do you see the racism connected to this response? This is what happens when race becomes an 'issue." The problem will never be more than the crime, no matter who committed it. I hope you can understand this, unless…

Such deviant perversion must be culled.