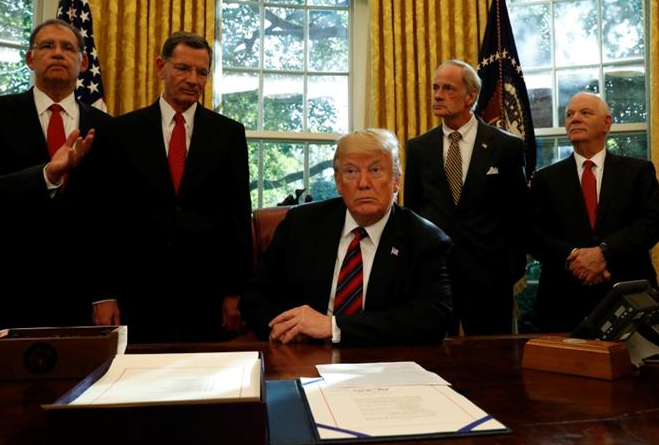 Although many in the liberal media have criticized President Donald Trump’s handling of the apparent murder of Washington Post journalist Mr Jamal Khashoggi in the past weeks, the White House leadership wasted no time slamming the Saudi government in what POTUS said was the worst ‘cover-up’ murder ever as more details surface.

Speaking to reporters, Mr Trump stated quite clearly: "They had a very bad original concept, it was carried out poorly and the cover-up was the worst in the history of cover-ups.”

Mr Trump stated in an interview with the Wall Street Journal that he did not believe Saudi King Salman to be involved.

However, when asked about a possible role of Crown Prince Mohammed bin Salman, he said: "He's running things and so if anybody were going to be informed, it would be him."

The 33-year-old Crown Prince’s clearly emotional handling of certain events this year (the isolation of Qatar, the reaction to Canada’s criticism of his flogging of a blogger and now the murder of a critical journalist), leaves many in the country to doubt whether the timing was right to let Mr Mohammed Bin Salman (or MBS as he prefers) take over from his more serene father.

Many business leaders in Saudi Arabia fear that the events could eventually turn the country in a pariah state akin to former regimes like that of Colonel Gadaffi in Libya or Sadam Hussein in Iraq.

Though youngsters on the streets of Riyadh are glad with the reforms like letting women drive and allowing cinemas to open again, the iron grip of the crown prince that comes with his rule might just be too much to bear.

In a precognition of things to come, foreign investors last week sold $1.1 billion worth of stocks on Riyadh’s powerful Tadawul stock exchange, the biggest of its kind in the Arab world. Market analysts summarized it as one of the heaviest weekly outflows since 2015 when markets opened up to outsiders.

Furthermore, given that the royal family had instructed state investment and pension funds to buy back shares and limit the damage, no one really knows what the damage could have possibly been.

As it stands, US President Trump seems to hold the fate of MBS in his hands. If he withdraws the US’s support for Saudi Arabia, the nation would stand without its major ally in the region, open to criticism from both Iran and Turkey.

Over in the nation of Ataturk, President Erdogan clearly would like nothing more.