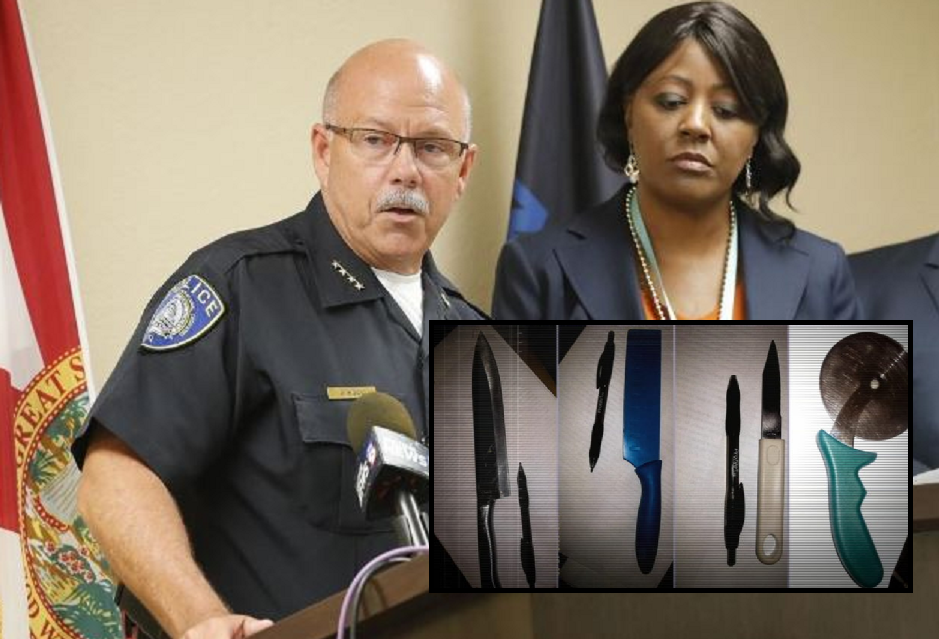 Two teen girls from Bartow, Florida have been arrested after their cruel mass murder plans were unraveled. The girls, aged 11 and 12, had brought multiple big knives to school which they intended to use for the murder of some 15 to 25 of their classmates. The duo, who declare themselves as Satanists, had planned on committing ritual suicide afterward. They were inspired by binge watching horror movies.

The girls were arrested in their school on Tuesday for possession of weaponry and attempted murder. The American justice system will now have to decide whether they’ll be tried as adults or minors. For the time being, there are kept in a facility for minors.

<blockquote class="twitter-tweet" data-lang="en"><p lang="en" dir="ltr">This is a map two girls, 11 and a 12 years old, drew up as they plotted to stab &amp; kill their classmates at Bartow Middle School.Fortunately the school’s staff stopped them before anything happened.They reportedly told authorities they wanted to go to hell to be with satan. <a href="https://twitter.com/BN9?ref_src=twsrc%5Etfw">@BN9</a> <a href="https://t.co/S8rCqtJ95g">pic.twitter.com/S8rCqtJ95g</a></p>&mdash; Stephanie Claytor (@ClaytorReports) <a href="https://twitter.com/ClaytorReports/status/1055177443705786368?ref_src=twsrc%5Etfw">October 24, 2018</a></blockquote>

The two had planned to hide out in the toilets and wait there for the younger kids who they would slash at the throats. Afterward, they would cut up the corpses, eat the meat and drink the blood of their victims.

One of the girl's phones had a message that they planned "to leave body parts at the entrance."

In order to calm the worried community, Bartow Police Chief Joe Hall posted a message stating: “Parents and guardians of children in our Bartow Schools: I understand that the recent news of a plot to kill students at Bartow Middle School is troubling. In fact, it shook me to my core when I was notified of it.”

<blockquote class="twitter-tweet" data-lang="en"><p lang="en" dir="ltr">In less than an hour we should get more information about the 2 girls arrested at Bartow Middle School who allegedly plotted to hurt their classmates. Here’s how you can get those updates straight to your phone. <a href="https://t.co/XkuvDDKPVr">pic.twitter.com/XkuvDDKPVr</a></p>&mdash; Jasmine Styles (@JasmineStylesTV) <a href="https://twitter.com/JasmineStylesTV/status/1055094222871818240?ref_src=twsrc%5Etfw">October 24, 2018</a></blockquote>

“I am very proud of the staff at Bartow Middle School and my staff at the Police Department for thwarting this plot from becoming a tragedy. There are several measures in place to make sure our children are safe and that all threats of violence are addressed. In this isolated incident, these protocols worked. I believe in these protocols and we will continue to follow them.”

To be fair, those pizza cutters are actually sharp

Want gut a stomach or slice a neck.

A pizza cutter will do it IF sharpen properly and do it quickly.

Some (religions) need to be persecuted to extinction. This is one of them.

There is just one thing I fail to fathom.

How is it the great deceiver gets followers? In the end all he want`s is company for the eternal misery that will be his.

Oh hey sounds good, sure I`ll burn in hell with you for all eternity for a

spark of whatever in the here & now. Idiot`s.

Even if you don`t believe in heaven or hell is the bet on your eternal light worth it?

You look AMAZING! Who's your surgeon?

Any bets what type of household they were raised in?

My bet in shitlib.

Hippy/boomer/socialist/(((parents))) who probably abused them in satanic rituals.

My bet is on some “hip & trendy” parents that always resisted mainstream culture to the extreme. Cause satanists!! WTF!! I’ll have to inquire but I don’t remember ever driving by the devils temple or other place of sacrifice or whatever? Ohhh prolly in some losers trailer down by the river attended by invites only I’d guess? Or some Fagbook page circle jerk club of buggering wankers I suppose?