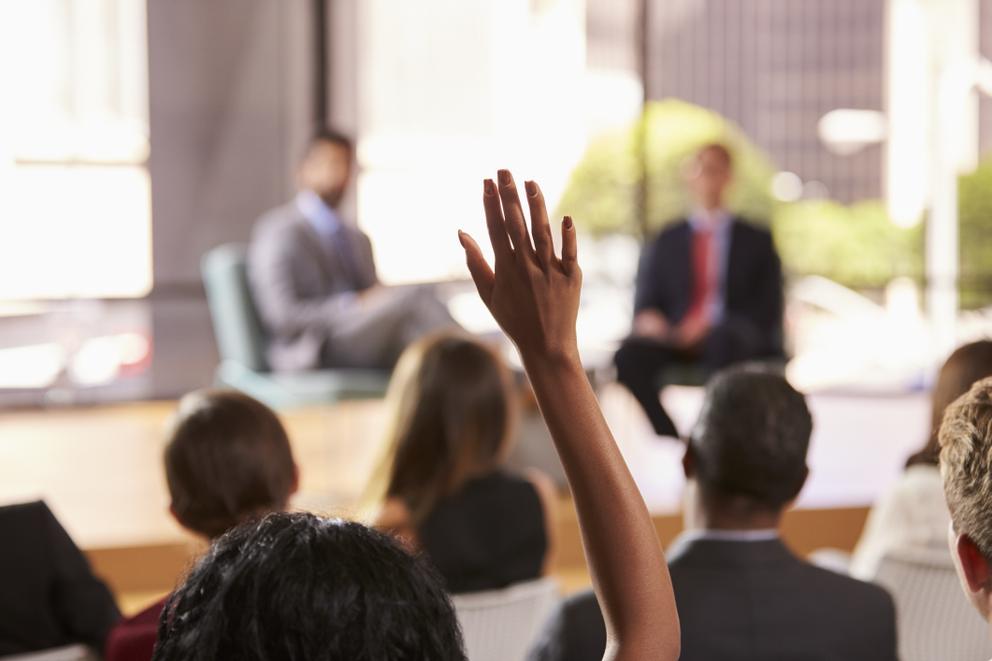 Mathematicians Who Want Tenure At UCLA Must Pledge In Writing To Diversity, Equity, & Inclusivity

A new demand has been dictated for professors at UCLA who want tenure and it is the perfect example of how the left is indoctrinating diversity into Universities. The demand requires all professors who want tenure at the university to pledge in writing a commitment to diversity, equity, and inclusivity.

All professors trying to attain a tenure-track position at UCLA must sign a written statement on commitment to diversity. The statement includes a requirement for a written example of their "record of success advising women and minority graduate students," according to the UCLA’s Office of Equity, Diversity, and Inclusion.

The statements are an example of a push by college bureaucrats "to ratchet up the requirements" to enforce diversity on campuses, according to the president of the National Association of Scholars Peter Wood. Previously, diversity programs focused on mandatory training and sanctions for those who violated the new diversity policy, but nothing this drastic has been implemented before at UCLA.

Related coverage: <a href="https://thegoldwater.com/news/12292-Trump-Regrets-Getting-UCLA-Cagers-Out-of-Chinese-Jail">Trump Regrets Getting UCLA Cagers Out of Chinese Jail</a>

Wood says, "you have to make a public confession of faith. You’re essentially citing a creed." Wood added, "all the more effectively, they force you to put that creed into your own words." The University of California system is requiring all universities including UCLA, UC Riverside, UC San Diego, and UC Berkeley to sign the statements for faculty Senate positions as well.

Judy Piercey, senior director of strategic communications at UC San Diego, said the forms are used to "identify candidates who have the professional skills, experience, and/or willingness to engage activities that will advance our campus diversity and equity goals." There are also big incentives for professors to achieve tenure, not having it means the difference of tens of thousands of dollars in salary.

Tenured professors typically make tens of thousands more than their non-tenured colleagues. Tenured professors virtually can't be fired, only the most exceptional of circumstances would allow a firing. It is unclear how many schools are already implementing similar diversity statements but the practice seems to be gaining momentum, at least in western universities.

Vanderbilt University and the University of Pennsylvania both offer guidance on how to write an effective diversity statement. Some professors see this as an infringement upon free speech. Peter Boghossian, a philosophy professor at Portland State University said, "They’re looking for an ideological sieve to weed out people who don’t comport with the reigning moral orthodoxy."

Lawrence Walters, a First Amendment attorney agrees with Boghossian, "Universities could potentially be liable for First Amendment violations if they make hiring decisions based on political beliefs or associations that might be revealed by these diversity statements."

Mark Kendall, director of news and strategic content at Pomona College said such statements help faculty recruiters "learn more about candidates' pedagogical skills for creating inclusive classroom environments." Mark Kendall at the Pomona College says professors who want tenure have been required to submit diversity statements since 2013-2014. "We see inclusive classrooms as helping all and in no way antithetical to the diversity of thought," Kendall said.

Darren Kelly is the deputy to the vice president in the Division of Diversity and Community Engagement at the University of Texas at Austin and is not a fan of the statements. Kelly believes they are not even an effective way to gauge a candidate's commitment to diversity. "Nobody likes being told that they have to do certain things," Kelly added.

Jean Lee, CEO of the Minority Corporate Counsel Association which works to promote diversity in law said, "Unless you’re applying for a job to be the chief equity and inclusion officer – how effective is it?"

Wood said faculty will get the message that the matter of diversity-statement policies is a form of forcing professors to conform. "This is a contentious social issue in which there are not just two, but many points of view that through four years of college you’re only going to hear one point of view on. What conclusion are you going to draw from that?"

Colleges are brainwashing institutions and need to be defunded. Taxpayers should not pay their hard-earned dollars so that colleges can brainwash the population to push the white genocide agenda. Why are white taxpayers paying for their own destruction?

Colleges are no longer about education.

GIVE THEM WHAT THEY WANT.

Because in my book Diversity, Equity, & Inclusivity also includes Conservatives, Military, Pro-America, MAGA and those with opinion that oppose the teachers and etc… also.

Question is now: Can a college be held to enforcing its own policies in Court, when they become 1 sided and discriminatory?

Talk about “papers please”! No independent thought on your part ever…..NPC! and NO I DONT HAVE Trump Derangement Syndrome!!! AAAAAAAAAHHHHHH

TRANSLATION: give the jigaboos a passing grade or else!