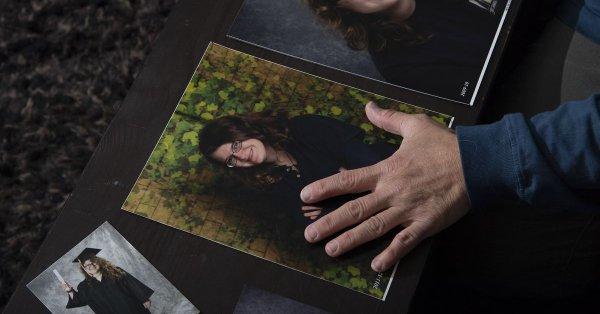 A court has ordered a Philadelphia school district to pay a bullying victim $500,000 in damages. Did she deserve it?

The harassment and bullying started in elementary school in Northeast Philadelphia for Amanda Wible, now a 20-year-old college student studying English and creative writing at the University of South Wales. Wible’s classmates called her horrible names then and ostracized her for being “different.”

From taunting like calling her “A-man-duh,” the harassment escalated into physical attacks for almost a decade involving four different Philadelphia schools. Court records say, the young Wible then was subjected to so much terror and indignities like being punched, shoved, spit on and even beaten by as many as ten students at once.

When the bullying turned physical when she was in fifth grade, Wible and her mother, Juanita Jones-Wible, reported the disturbing matter to school officials. An older male student who terrorized Amanda was suspended, but upon his return, his bullying persisted, and the school authorities failed to act beyond the single suspension.

Wible transferred schools from Pollock to AMY at James Martin, a middle school in Port Richmond but things only worsened, and the bullying heightened. Even when she was physically attacked by a large group of students, the school even blamed Wible for it and suspended her.

She transferred next to Baldi Middle School in the Northeast, then at George Washington High School, but things never changed. Wible was still harassed and bullied. Lunch trays were even thrown at her, and as if the violence and humiliation were not enough, she was still expected to clean up the mess after.

The harassment and bullying took a toll on both mother and daughter and affected them severely. Wible eventually gave up on regular school and transferred to a cyber charter to finish out the 10th, 11th and 12th grades.

Wible still suffers from post-traumatic stress disorder, depression and anxiety. She must grapple with suicidal thoughts and self-harm. She still finds it hard to trust authorities and friends.

Going through the horrors again through her complaint was tough, but Wible said it “served a purpose.” She said: “It can help people. That was the point. I hope they pay a lot more attention to bullying. I hope they take it a lot more seriously.”

Wible first filed her complaint with the state Human Relations Commission in 2013, then with the court in 2015.

In his ruling, now being regarded as a “landmark” one, Judge Gene Cohen found that “the school district acted with deliberate indifference to the discrimination and bullying suffered by Amanda.”

The decision marks the first time a court has held a Pennsylvania school district liable for student-on-student harassment under the state’s Human Relations Act. Experts believe the ruling could have broad implications for other bullied children and the schools that condoned the acts by not doing anything when it mattered.

Hell yeah she deserved it. /We send our kids to school for an education not harassment. There is no place for this kind of behavior, and it has to be addressed and made clear. Every time!! And if not then yes those in charge must be held accountable. No one should have to face a day in school in fear from stupid ass bullshit. School isn't a game. Sit down shut up pay attention and get good grades and become a responsible educated citizen so you can protect your nation with an informed vote, and avoid the mess we are in today. SHEESH!!!

Sure hope this sets an example for other schools. Bullying cannot he allowed by anyone or any type of organization.

Yes, the taxpayers in this cash-strapped district should have to give this woman half a million dollars. Bullied by four different groups of students? Hmmmmm… Maybe there is something to the school who found that SHE was the provacateur.

this is absurd, she struck a jackpot. pathetic crybabies can't handle school bullies so taxpayers have to fund their slut's life?