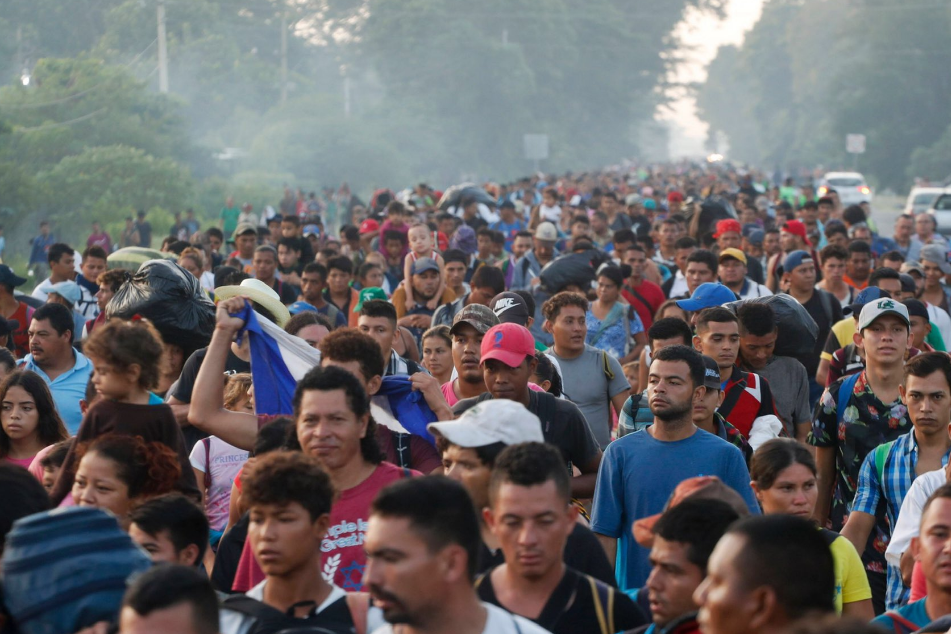 Caravan To Be Met By Militia Members At US Border

After the dust of the second world war had settled on the Japanese mainland, historians asked the family of Japanese military leader, general Hideko Tojo, whether he had ever considered a full-blown invasion of the US rather than simply an attack on Pearl Harbor.

The Japanese military leader is whispered to have told his family during a dinner in 1941 that given the incredible number of armed civilians in the southern states, any invasion of the US mainland would be ‘utter madness.’

Now again, the organized trek of thousands of central Americans towards the Southern US border during an election season at the time of heightened political tension between the different sides brings back that story as it would appear civilians in the Southern states are indeed ready to rise up and take up arms against what some see as ‘invaders.’

If social media is to be believed, several organized small-scale militias in Texas and Oregon are ready to come to the aid of the additional US troops that the Pentagon has stationed at the border.

Ms. Monica Marin, an Oregon resident, said she has raised about $4,000 online to help militias buy supplies: "we're trained. We're not hotheads. We're not out there to shoot people."

Repeating US President Trump's claim that "unknown Middle Easterners" are mixed in with the crowd, she believes that the caravan is ‘dangerous.’ MSM thus far states there is no evidence to support those claims.

The seriousness of the issue was such that US Border Patrol this week warned local landowners in Texas that it too expects "possible armed civilians" to be stationed onto their property because of the caravan.

Militia members, such as the Texas Minutemen, have stated they would bring guns and equipment like bulletproof vests to prevent Central Americans from unlawfully entering the country.

Ms. Shannon McGauley, president of the group who is already stationed at three points in Texas, claimed: "They're just laughing in our face," "It's a free-for-all in America."

Disgusted by general public response - really lack thereof - to this approaching invasion force. Glad to read that there are pockets of Americans who want to hold our borders!

the liberal fake news is hoping that some immigrant kids get shot so that they can blame Trump.

There is a gun sight behind every blade of grass. Or something similar is what I remember the Japs saying about an invasion. It’s one of the reasons America has been invasion less over the years.

"Mob invasion" is most likely a diversion from the actual invasion of unfriendly forces somewhere more covert along the border.

The time has come!

Just to give a decent warning poke.

If you are a sniper or want to practice your sniper skills, no better time than when the caravan arrives. Live fire on standing cockroaches!

I support our Texas militia and military! Let's get this job done! Do not let one single terrorist pass through! Godspeed patriots!

The military have had DARPA-produced sonic weapons for decades that can stop them in their tracks at a thousand yards, without a shot being fired. If even one illegal gets through to our side it'll be because someone allowed it to happen.