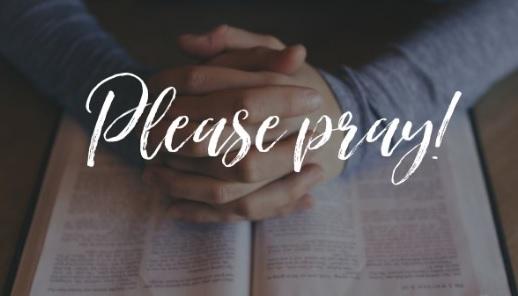 Just hours after it was revealed that a system prepared and rehearsed on Alex Jones was being implemented against free speech social media haven Gab, Life Site also revealed it's current web hosting company is threatening to take down their website. The website posted an update saying:

<i>11:55 a.m. EST: Our web developer was up all night implementing temporary measures to keep our site online even if our current web-hosting company followed through on its threat to shut down our services. We are extremely grateful for his hard work on a Saturday night. However, this is only a temporary solution. We are currently looking for a web-hosting company that will not cave to threats of this kind. We are also exploring legal options to combat Adam Flanders' campaign of harassment as well as our web-hosting company's extraordinary decision to give us 12 hours to move our site late on a Saturday evening. We will keep our readers posted.</i>

The Life Site reported that an urgent email was received at 8:30 p.m. EST from the web-hosting company saying they will be taking down their website in 12 hours or sooner.

That email read, "we are implementing our ‘SUSPENSION OF SERVICES’ clause…and giving you 12 hours notice to move your website operations off of our servers…" LifeSite is adamant that they received no warning or any notice whatsoever about the decision.

When they investigated the cause of the takedown, they were told the takedown was in response to a months-old series of complaints from Adam Flanders. LifeSite exposed Flanders as a sex abuser and homosexual activist who was angered over the site's reports exposing his past.

LifeSite reported recently that Flanders had successfully taken down my pro-family websites targeting their server companies. Flanders falsely reported that LifeSite "has been implicated in a violent hate crime against a gay man and Catholic church," and that we "instigated property damage and a physical assault."

Related coverage: <a href="http://thegoldwater.com/news/40680-Gab-We-Will-Build-Everything-From-The-Ground-Up-If-We-Have-To">Gab: “We Will Build Everything From The Ground Up If We Have To”</a>

The website announced it was committed to continuing reporting on Flanders and the entire anti-freedom homosexuality lobby but has since requested donations to help fight "the attack on free speech". Many people warned that the systematic targeting of Alex Jones and banning him off of virtually every digital platform he was on was just the beginning.

We are now seeing the same systematic targeting of those who are conservative, pro-Trump, pro-Life, and even pro-family like LifeSite. This is why Facebook has too much power, they are running a monopoly that sees any competition get crushed one way or another.

this site & 8chan will get taken down by the mob as well. This is America's "color revolution".

The idiots opened a Pandora's box with two faced lies & agendas. Now the truth of horrendous deeds is out there.

Nothing can be done to stop the truth from snowballing.

the Synagogue shooting was a hoax like Sandy Hook. has anyone seen ONE PIC of a dead or injured Jew? if the scene were in fact "horrific" the jews would be using it for a sympathy ploy like the "jew-skin lampshade" bullshit…

Well, Lifesite didn't actually expose Flanders. He's a registered sex offender & his mugshot is used on their site, so it's public info. But even so, it's clear they're being targeted for their values, which is very sad.