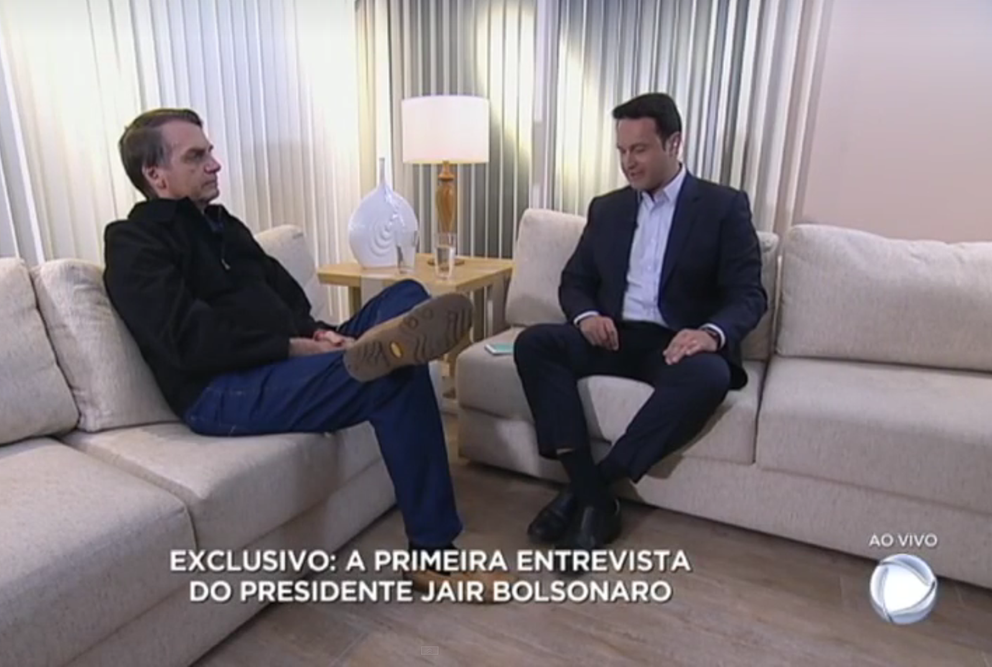 Mr Jair Bolsonaro, Brazil’s new president-elect, tellingly gave his first television interview since being elected on Sunday, to a friendly evangelical station called AO-Vivo. The former army captain said it would be time to turn the country around and one of the first measures he would like to introduce was to relax his country’s stringent gun laws as he says that the ownership of firearms guarantees freedom for its citizens.

The new president claimed that the homicide epidemic which killed 64,000 Brazilians last year was one of his first priorities. In a telling sign, Mr Bolsonaro said it was now time to abandon the “politically correct fallacy” that a country is a safer place if everybody is unarmed: “It won’t be any better. If there were three or four armed people here now, I’d be certain that some nutter wouldn’t be able to come in through that door and do something bad.”

Related coverage: <a href="http://thegoldwater.com/news/40743-Trump-Had-Excellent-Call-With-Bolsonaro-Brazil-US-To-Cooperate-On-Trade-And-Military"> Trump Had ‘Excellent Call’ With Bolsonaro – Brazil-US To Cooperate On Trade And Military</a>.

The former Rio de Janeiro Senator Mr Bolsonaro was famously stabbed during the political campaign and his promise to restore law and order to a country riddled by crime and corruption was one of his key election promises.

<blockquote class="twitter-tweet" data-lang="en"><p lang="en" dir="ltr">I’ve just received incredible words from the Prime Minister of Israel, Benjamin Netanyahu as well as from ambassador Yossi Shelley. Our friendship ties will undoubtedly result in mutual agreements that will surely benefit both of our nations and citizens. </p>&mdash; Jair Bolsonaro 1️7️ (@jairbolsonaro) <a href="https://twitter.com/jairbolsonaro/status/1056991971850551296?ref_src=twsrc%5Etfw">October 29, 2018</a></blockquote>

“I ask myself: ‘Why can’t a truck driver have the right to carry a gun?’ Just think about it; put yourself in the shoes of a truck driver. He nods off at the petrol station … and when he wakes up the next day his spare tire has gone.”

“Statistics show that when the number of autos de resistência [police killings] carried out by the military police goes up, violence goes down in the region where they took place.”

Markets cheered on the rightwing conservative’s election and are at record highs for the year. Local gun makers have seen their stock value triple since his Mr Bolsonaro’s first-round victory.

Meanwhile, the political opposition immediately slammed the president-elect’s first comments, with Green party candidate Mr Marina Silva saying: “The majority of the Brazilian population is against the right to carry weapons and wants more intelligent solutions,”

“Firearms are responsible for 71% of recorded homicides in Brazil. That is why I don’t tire of saying … The more guns, the more violence.”

I sleep better with the smell of rifle oil

In a world where its become normal to see PC moronic governing powers make the most stupid decisions, always detrimental to the people, this is one of the most welcome, logical, refreshing statement I've seen in a long time. 👍

Magnificent, long live Bolsonaro. They tried to take the guns here in Australia, its a good thing our incompetent politicians couldn't come up with effective legislation to save their own lives. Our gun laws are about as effective as an ankle high fence, its just bullshit propaganda our government pumps out claiming guns are banned.

Can better protect themselves.