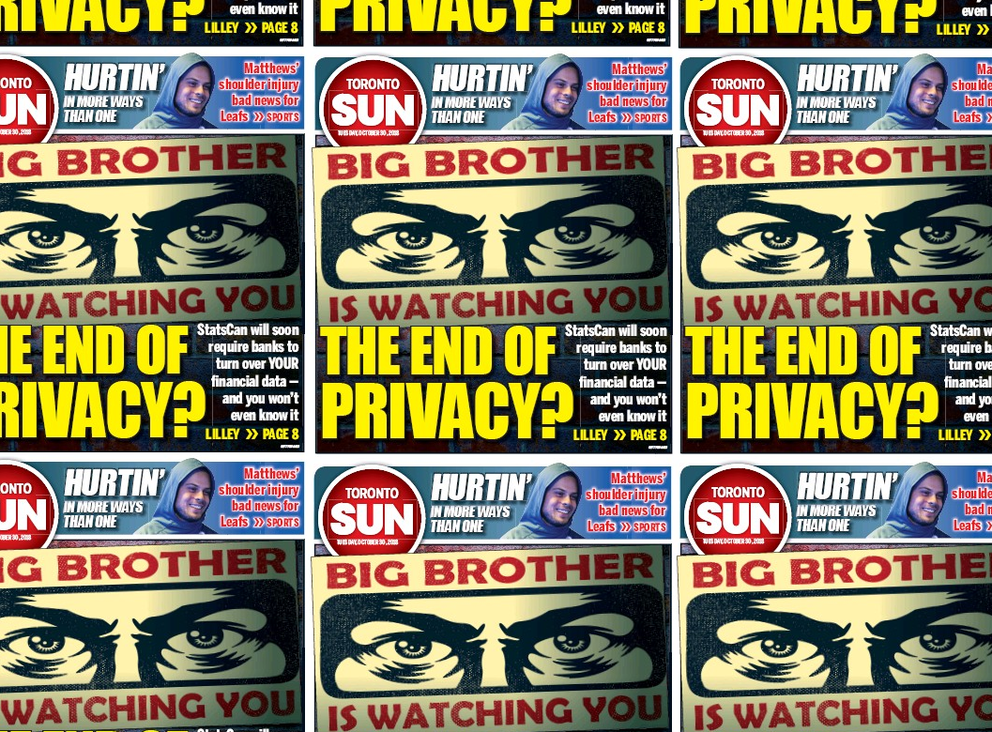 Whereas historic literature warns us that it would be rightwing military styled dictatorship governments that would come for your private data, in Canada they seem to do it the other way round. The liberal government of Prime Minister Justin Trudeau managed to defend in parliament the reasoning for statistics Canada to obtain the private banking information of some 500,000 Canadians ‘without their consent.’

Canada’s nine biggest banks and credit unions would be forced to turn over highly personal data about their customers (and not tell the customer in the process). Data includes name, address, social insurance number and every single banking transaction that person does in a year.

The number would be upped to 1 million per year as from 2020.

“Why are the Liberals collecting the personal data of Canadians without telling them?”

Prime Minister Justin Trudeau, who was slammed in the press over the plan this weekend, defended the new policy in parliament, saying that his government would ensure that all personal information would be protected and the anonymized data will be used for statistical purposes only: “High quality and timely data are critical to ensuring that government programs remain relevant and effective for Canadians.”

<blockquote class="twitter-tweet" data-lang="en"><p lang="en" dir="ltr">The Cdn Government will be accessing your personal banking info including what you purchase online &amp; e-transfers. This is a terrible and outrageous breach of your privacy, but watch Trudeau tell you not to worry- just trust him. <a href="https://t.co/EJ8VM5bbhW">https://t.co/EJ8VM5bbhW</a></p>&mdash; Candice Bergen (@CandiceBergenMP) <a href="https://twitter.com/CandiceBergenMP/status/1057053185083301888?ref_src=twsrc%5Etfw">October 29, 2018</a></blockquote>

Ms Bergen did not think his answer was satisfactory and called on the PM to “immediately assure Canadians that this intrusion into their lives will be stopped.”

“It was the Conservative government who chose to stop the long-form census,” Mr Trudeau answered

The association of Canadian banks responded via a statement, declaring that they were not “aware that Statistics Canada was moving to compel disclosure of this information.”

“No customer transaction data or other personal information has been transferred to Statistics Canada.”

SNL should do a skit on this, it would be great.

They really did it this time!

They need to identify Cucks that have to much disposable income so they can fund their socialist health system for another few years. The 2020 date is prolly the approx. date of the next shortfall.

then nazis were socialists, not right wing.