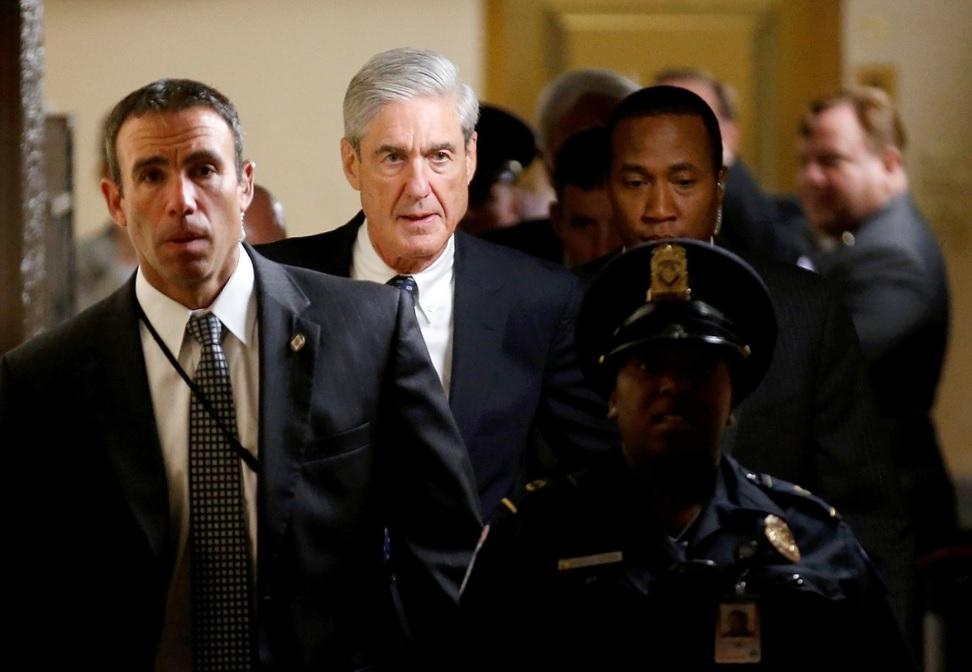 Mueller Refers Sexual Misconduct Allegations Against Him To The FBI

For the last several weeks, reporters have been contacted by a woman saying she had been offered money to say she had been harassed by special counsel Robert Mueller. A spokesman for special counsel named Peter Carr said, "We immediately referred the matter to the FBI for investigation."

Mueller is responsible for the investigation into alleged Russia collusion between the Trump campaign, an investigation that has been going on for nearly two years and has yet to find any evidence of wrongdoing against the President. The woman reportedly contacted several reporters looking to find a publisher of her harassment claim against Mueller.

The reporters who were contacted did some independent investigating and determined that the allegations of misconduct and harassment were likely to be a hoax. It is not clear if the woman was offered money to make the claim but the reporters contacted Mueller's office to report what they had learned about the alleged scheme.

<blockquote class="twitter-tweet" data-lang="en"><p lang="en" dir="ltr">The more I read about this Mueller Rape Case business, the more convinced I am that this is a Democrat dirty trick to pull a &quot;reverse Kavanaugh,&quot; trying to impugn Republicans for &quot;paying women to make up false rape claims against Mueller.&quot;<br><br>Just more BS from team DNC.</p>&mdash; Bill Mitchell (@mitchellvii) <a href="https://twitter.com/mitchellvii/status/1057410111151501312?ref_src=twsrc%5Etfw">October 30, 2018</a></blockquote>

"When we learned last week of allegations that women were offered money to make false claims about the special counsel, we immediately referred the matter to the FBI for investigation," Carr said. The Hill's Ed Krassenstein was one of the reporters who the woman contacted and he says he received threats including a text that said, "You're in over your head…. Drop this." The message included his home address as well as that of another editor's home.

Jack Burkman, a Republican lobbyist, and radio host began promoting on his Facebook page that he is investigating sexual misconduct and alcohol-related allegations against Mueller around the same time the other reporters were being contacted by the mystery woman. Tuesday, Burkman tweeted that he planned to hold a press conference in two days to "reveal the first of Special Counsel Robert Mueller's sex assault victims."

It is unclear if Burkman's source is the woman who has been reaching out to other reporters with her allegedly false story of sexual misconduct claims against Mueller. Burkman has been known to delve into conspiracy theories, most notably the death of Democratic staffer Seth Rich who he spent the last two years investigating. Rich was shot and killed in an apparent robbery gone wrong on a street in Washington in 2016.

Krassenstein told NBC he informed the special counsel's office on Tuesday about the scheme and everything he knew about it. Krassenstein even gave NBC News the phone numbers which the woman who was making the claims was using but both were already disconnected. There could still be a kernel of truth to this woman's story considering she allegedly worked at the law firm Pillsbury, Madison and Sutro at the same time Mueller did in 1974.

When NBC News reached out to the law firm, now known as Pillsbury Winthrop Shaw Pittman LLP, a spokesman said, "We have no record of this individual working for our firm." The reporters who were contacted by the woman began putting together a conspiracy theory of their own which implicated Burkman as well as Jacob Wohl, a former hedge fund manager who is an avid Trump supporter.

The Hill's Krassenstein said, "I gave Burkman a call. I wanted to know who 'Surefire Intelligence' is. That's when he told me about Jacob Wohl. To me, this was all a setup from somebody trying to discredit the media." Wohl tweeted early Tuesday morning, "Several media sources tell me that a scandalous story about Mueller is breaking tomorrow. Should be interesting. Stay tuned!"

A few websites reported on the accusations against Mueller but the mainstream media has been quick to label the reports fake news and disinformation. Wohl is employed as a writer for Gateway Pundit and claimed on Twitter that they had "exclusive documents" about a "very credible witness".

The Gateway Pundit eventually published what it described as "exclusive documents" it had obtained relating to the sexual misconduct accusation against Mueller. The documents were partially redacted but at the top of each page is the phrase, "International Private Intelligence." The documents would seem to implicate the intelligence company Surefire but when NBC reached out for comment they could get no information relating to the sexual misconduct claims.

Surefire Intelligence tweeted that it "does not comment on current, past or future operations, nor the lack thereof." The whole string of events has become quite convoluted as now Gateway Pundit has taken down the documents and added a message in place of them on its website that says, "Earlier today we were given information on accusations against former FBI Director Robert Mueller. We took the documents down and are currently investigating these accusations. There are also serious allegations against Jacob Wohl. We are also looking into this. There is still a press conference scheduled for Thursday at noon in Washington, D.C"

Hummmm! a Sex related NEWS article ever so slightly pointing a finger at Conservatives and the President, just before the Mid-Terms.

After the Liberals hosed it with their totally fake politically created KAV-Process witch trial.

BTW: Which turned millions of women against the Liberals.

More insane, desperate attempts by the left. When will they learn that Americans are not stupid. Except for their side.