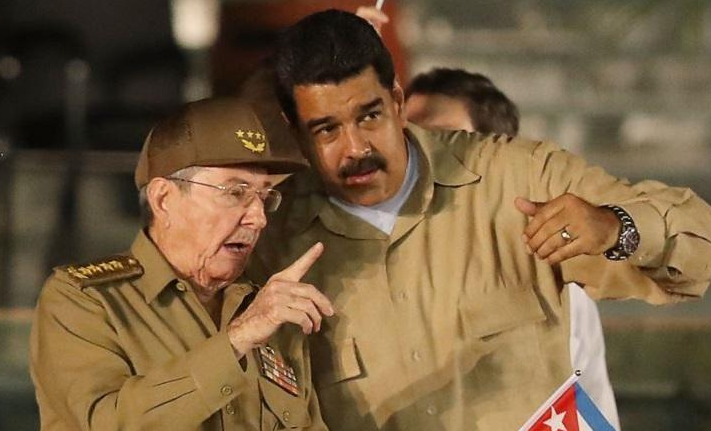 Latin America - Is There A Difference Between “Troika Of Tyranny” And “Axis Of Evil”?

The phrase ‘Axis of Evil’ became notorious in the first decade of the century when then-President George W. Bush used to describe ‘Iran, Iraq and North Korea.’ The speech, spoken before a united congress during his state of the union in 2002, highlighted the then White House’s administration’s intended foreign policy, under the guise of leadership of Mr John Bolton.

Ever since then, Iraq was invaded, Iran slapped with sanctions and North Korea is (apparently) finally ready to give up its nuclear arsenal.

This time round, some 16 years later, and in a week after the biggest nation in South America, Brazil, turned further right than it had ever been before, Mr Bolton made clear where the current administration interests laid when he gave a 30-minute address at Miami Dade College’s Freedom Tower.

He explained that the Trump administration will take a hard line against Cuba, Venezuela, and Nicaragua by sanctioning the countries and cutting off diplomatic relations with them until they meet US demands.

In no uncertain terms, Mr Bolton said: “This Troika of Tyranny, this triangle of terror stretching from Havana to Caracas to Managua, is the cause of immense human suffering, the impetus of enormous regional instability, and the genesis of a sordid cradle of communism in the Western Hemisphere.”

“Under President Trump, the United States is taking direct action against all three regimes to defend the rule of law, liberty, and basic human decency in our region.”

Slamming the former White House administration of President Obama, who famously made a trip to Havana in March 2016, Mr Bolton stated: “Members of this administration will never take a picture in front of an image of Che Guevara like Barack Obama did.”

With Mr Jair Bolsonaro ready to take the reins of Brazil, Mr Ivan Duque in Colombia indicating that he has no problem backing the US with an invasion of Venezuela and Mr Sebastián Piñera in Chili thinking likewise, the US seems to have more allies in the region than ever before.

Mr Jason Marczak, director of the Atlantic Council’s Adrienne Arsht Latin America Center, understood those words in the same manner, stating: “John Bolton made it clear today where the administration is headed on Venezuela, Cuba, and Nicaragua.”

“His forceful stance is no surprise. The US government has increasingly sought to ramp up pressure on all three countries. Bolton has long favored a stronger position.”

Any spotting in Switzerland of Venezuelan President Nicolas Maduro or Cuban President Raul Castro to get their future ‘affairs in order’ in the coming months should therefore not be too surprising.