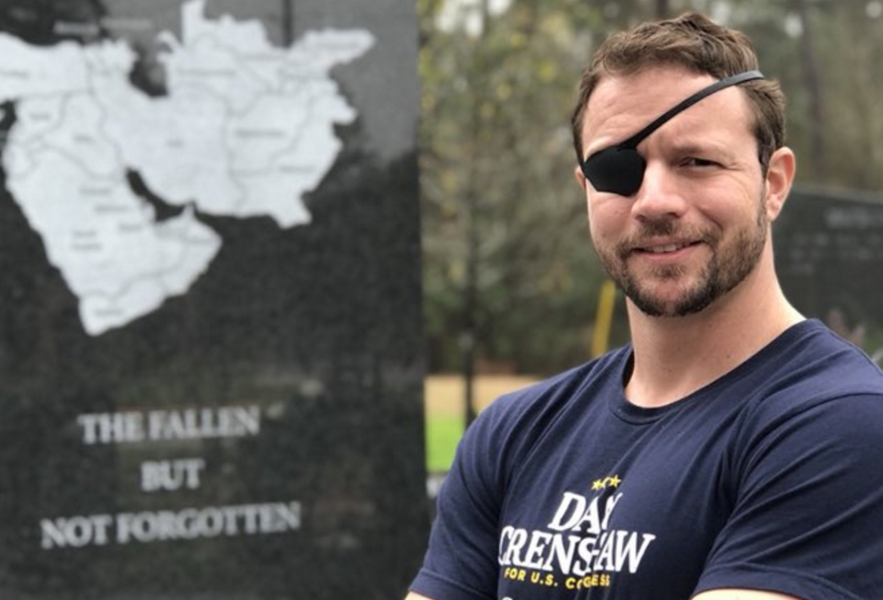 During this weekend’s episode of Saturday Night Live, a few skits stood out for their political criticism (as they since 2016 regularly do).

Although everyone was afterwards mostly taking about the ‘cold open’ bit slamming Fox News’s reporting of the migrant caravan of central Americans heading for the US southern border, it was comedian Mr Pete Davidson mocking a former Navy Seal who lost his eye in Afghanistan back in 2012 that stood out.

Conservatives nationwide pounced on the SNL comedian for his disrespect.

<blockquote class="twitter-tweet" data-lang="en"><p lang="en" dir="ltr">What a disrespectful little punk. The pajama boys that mock men of real courage and patriotism always seem to be on the Left<br><br>Their side makes them feel brave for hashtags about 37 genders and Grammy speeches about racism<br><br>Meanwhile, Crenshaw is an actual ass kicking hero <a href="https://t.co/p5waucVGO6">https://t.co/p5waucVGO6</a></p>&mdash; Buck Sexton (@BuckSexton) <a href="https://twitter.com/BuckSexton/status/1059077528676122624?ref_src=twsrc%5Etfw">November 4, 2018</a></blockquote>

Mr Crenshaw himself stated: “Good rule in life: I try hard not to offend; I try harder not to be offended. That being said, I hope Saturday Night Live recognizes that vets don’t deserve to see their wounds used as punchlines for bad jokes.”

Asked for a reaction, later on, Mr Crenshaw called the joke “absolutely disgusting.”

“Getting dumped by your pop star girlfriend is no excuse for lashing out at a decorated war hero who lost his eye serving our country. Pete Davidson and NBC should immediately apologize to Dan, and to the millions of veterans and military families who tune in every weekend – because they’re not laughing.”

Even Fox News host Ms Laura Ingraham, who was mocked for her reporting on the immigrant caravan at the beginning of the show, took up Mr Crenshaw’s defense, stating: “How long do you think this “comic” & the writer responsible for this disgrace would last in US Navy Seals training?”

Even The View Co-Host and daughter of former Republican Senator John McCain, Ms Meghan McCain chimed in: “This is really awful and incredibly tone-deaf and offensive to veterans, their families and all who serve.”

Pete Davidson is the Dick of the month!!

Who even still watches SNL?