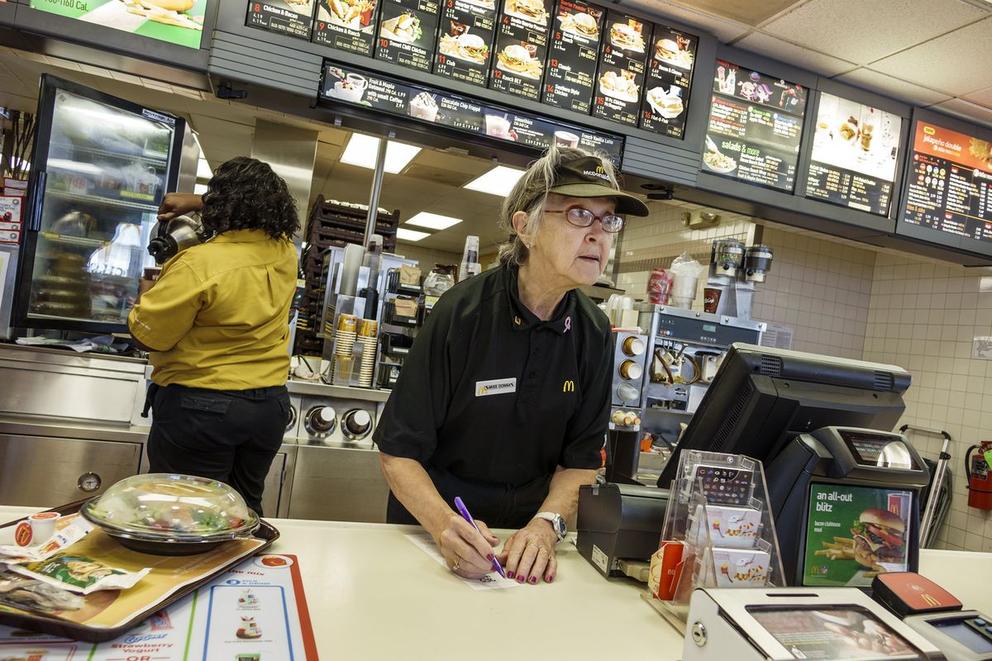 Don’t be surprised if you see more senior citizens working at the counters in relatively cheaper restaurants than teens as a report by Bloomberg says inexpensive eat chains are increasingly recruiting from elderly havens like senior centers, churches, and aging advocacy groups.

The report also makes a surprising revelation that chains like Bob Evans and fast-food operators like McDonald’s Corp. are hiring more senior workers ages 50 and up and planning to hire even more next year not because they’re necessarily cheaper than the younger ones. The report says the preference for senior workers is due to their having attributes and soft skills that are found wanting in this generation’s youth, many of whom grew up in the internet age with limited real-life interactions.

Recruiters say the older workers have a more friendly demeanor and know the value of punctuality more than the young ones.

Church’s Chicken manager Stevenson Williams, 63, shared what could be the trouble with the young workers. He said: “A lot of times with the younger kids now, they can be very disrespectful. You have to coach them and tell them this is your job, this is not the street.”

Recruiters seem to agree that the older generation is so natural with their soft skills compared to the millennials because they appreciate the importance of being polite at work. Employers are loving the fact that they get to enjoy having more mature workers at no extra cost by hiring seniors.

Other than the remarkable attributes of seniors, the trend of employers hiring more senior workers could be explained by statistics and demographics. According to a report by the U.S. Census Bureau, by 2035, there will be more Americans over the age 65 than there are children under age 18.

By 2024, the prediction is that the labor force will grow to about 164 million people. Such number includes about 41 million people ages 55 and older - roughly 13 million of which are expected to be 65 and up.

A joint study by Princeton University and the Brookings Institution, a Washington D.C. think tank, also says that due to such factors as the opioid epidemic, mass incarceration, and unaffordable child care that compels many parents to stay at home

Such studies and projection point to the direction that in the years to come, we will be seeing more of senior workers manning food chains and fast food restaurants, them with the graying hair, alright, but with their smiles still brighter perhaps than their more “moody” millennial counterparts.

Because they know how to work & do not act like entitled brats.

They may wheeze a little but…

I`ll lay 200-1 odds the seniors are more productive on shift & call in sick much, much less.

Millennial females are ageist bigots because they refuse my superior telomeres

How does one have a chance to develop soft skills for dealing with customers if you dont fucking train them?

It's not about a lack of training, it's about internet-addicted millenials being anti-social.