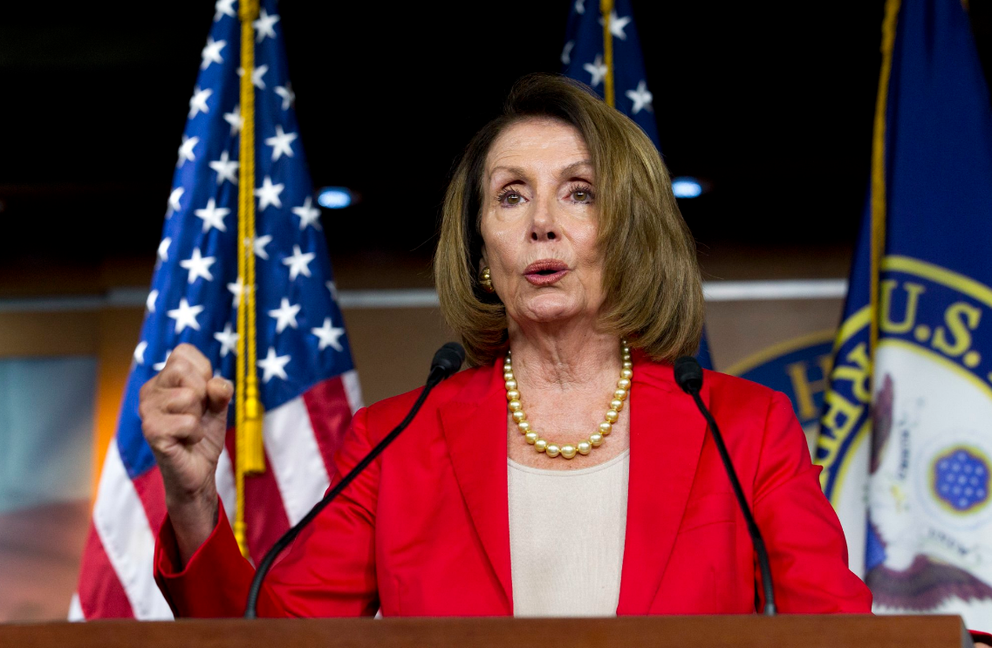 Immediately after the Democrats had won back control of the House Tuesday night, Nancy Pelosi sent out a letter to each member of the Democratic caucus, writing: “my vision for the next two years is to restore the House to the role it should have as a strong and independent voice for the American people, and maximize the ability and the creativity of our entire Caucus.”

78-year-old Ms Pelosi is not really a new and fresh face, but do the Democrats have any other choice?

During the election campaign, she was the ultimate target for Republicans. Every Democratic candidate was associated with Pelosi to deter voters. If Donald Trump was on the campaign trail in recent months and he said Pelosi’s name, a loud roar went through the room.

A "radical", a "socialist" as she was invariably described. The Republican Party launched a video in which pictures of her were combined with police images of murderous MS-13 gang members and a closing sentence that read "according to Nancy Pelosi, they are not that bad."

It was, according to political news site The Cook Political Report, one of almost 62,000 advertisements in which the Republican Party graced her in a month and a half. "If they spend so much money on me, then I have to be very important," Ms Pelosi reacted.

One could indeed assume that negative attention from your opponent can indeed be interpreted as a recommendation in the political arena.

But Ms Pelosi did not receive the full backing of her own party members either. Of all Democratic candidates who competed for a seat in the House in last Tuesday's elections, a third announced in advance that they would not vote for Ms Pelosi as the new Speaker.

Two years ago, it was the same story: when deputy Tim Ryan from Ohio tried to put her aside as leader of the Democratic Party, he obtained 63 out of a possible 197 votes.

Pelosi remained in her position, damaged and disgraced. This summer her 'approval rating' had dropped to a sloppy 24 percent amongst the American population (President Trump’s rating stands at 42 percent). Of the Democratic voters, just over half found that they are doing well.

At now 78 years old she occasionally stumbled over her words. Ms Pelosi had brought her two grandsons ("it's all about the children") and said: "Remember this feeling well. This is the power to win."

She admitted that she had received a congratulatory call from President Trump that night. The next day he praised her in a press conference as "a very capable woman. She deserves to become Speaker of the House. "

According to says John Zogby, political analyst with his own polling agency in the state of New York, progressive Democrats will interpret this as the ‘ultimate kiss of death’.

What a miserable bitch! Hopefully she continues to make an ass of herself.

Definition of insanity. Doing the same thing over and over and expecting a different result! It will be enjoyable watching them repeat themselves.

Empty speeches. They like to hear themselves talk. They always say what they are going to do, but never the how. It might make a speech sound fancy but its just one giant 🎈

Well...the democrat party has reached into the shelf of books...and...pulled out a tire, worn-out copy of plays to run again...forgetting this is the same player that lost them the House last time. Yup...beat that dead horse again, only harder this time....yeah...that'll work.