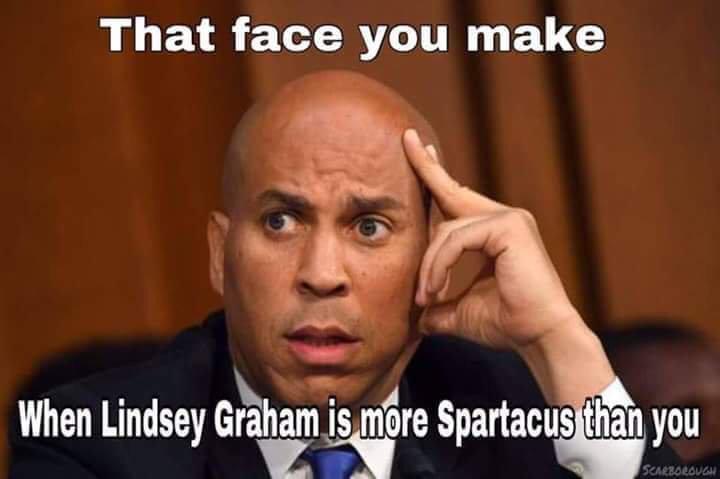 Republican Senator Lindsay Graham does not mince words when it comes to Democrats political tactics.

Graham slammed Democrats while discussing the vote counting chaos in Florida, comparing their antics to attempts they made to derail Brett Kavanaugh’s confirmation.

“Broward County is a national joke when it comes to elections,” Graham <a href="https://video.foxnews.com/v/5860192102001/?#sp=plshow-clips"> told Fox News’ </a> Sean Hannity Friday on “Hannity,” noting that over 90,000 votes came in after the close of voting in Florida in violation of state law.

“The law exists to avoid this situation,” Graham said, discussing the ongoing post-election fight in Florida as the state faces looming recounts in key races, <a href="https://www.bizpacreview.com/2018/11/09/wild-scene-as-fed-up-floridians-show-up-to-broward-election-office-demanding-answers-and-justice-692139"> prompting protests </a> outside the Broward elections office.

“When it comes to counting votes and confirming judges, there is nothing Democrats won’t do to win,” Graham told Hannity.

“They tried to destroy Brett Kavanaugh. It didn’t work. They are trying to steal this election, it’s not going to work,” he said.

“And I can’t wait to get back to work and make sure we put men and women on the judiciary who actually follow the law. The law means nothing to liberal Democrats. It’s all about the outcome, and they are not going to win,” Graham said. “They didn’t destroy Kavanaugh and they aren’t going to screw Rick Scott.”

Hannity interjected, giving examples of how Democrats have used propaganda and misinformation to affect the outcomes of other elections.

“Look at Brett Kavanaugh,” Graham noted. “They tried to deny him a place on the court by being deceitful, withholding information from the committee, ambushing him, changing the legal standards.”

“What are they doing in Broward County? They are taking Florida law and turning it upside-down to get a result. This liberal activist lawyer, the Clinton lawyer, went to Florida with the purpose of winning the election,” Graham explained, referring to a member of Nelson’s legal team, Marc Elias, who <a href="https://www.bizpacreview.com/2018/11/08/democrat-lawyers-descending-on-florida-to-steal-elections-says-rubio-recount-already-takes-a-shady-turn-691746"> blatantly described </a> the reason for the recount demands.

“We’re doing this not just because it’s automatic, but we’re doing it to win,” he said.

“The election was held on Tuesday. You know, Bill Nelson was running, not the lawyer. Rick Scott won fair and square,” Graham continued on “Hannity” Friday. “What’s going on in Broward County is not fair and it’s not square, and we’re going to get to the bottom of it. Rick is going to win.”

now that neocon McCain is FINALLY dead, Limp-Wrist Lindsay can act like a real Republican.

when are these corrupt election officials going to GO TO JAIL?

It’s good to see that Senator Graham finally woke up to what we have all known for years.