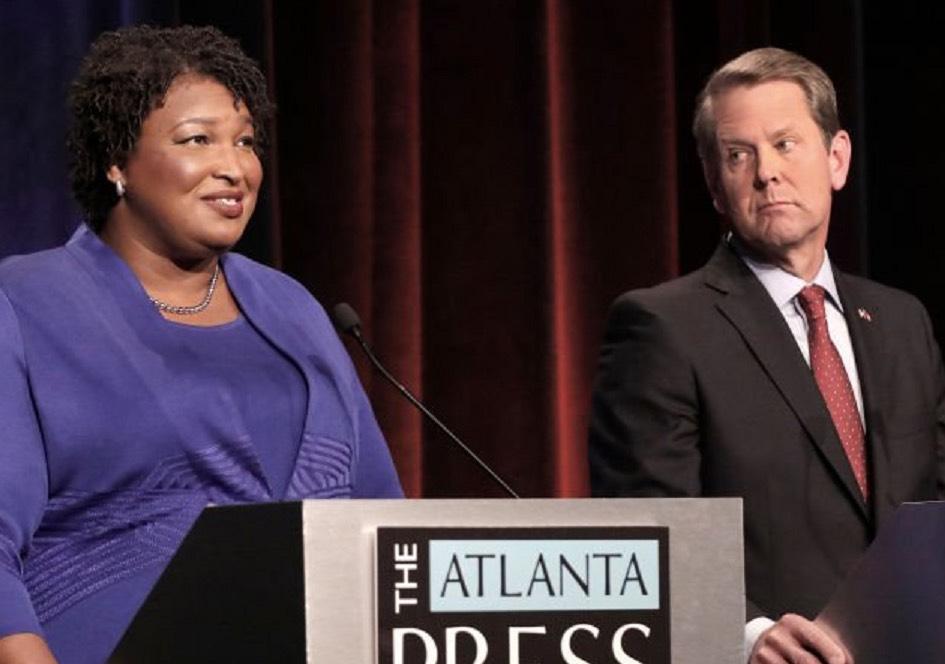 A Georgia federal judge ruled in favor of Democrat Stacey Abrams’ campaign, ordering election officials to review thousands of provisional ballots that have not been counted in the contested election for governor.

U.S. District Judge Amy Totenberg, a New Yorker serving on the Atlanta-based court, issued a 56-page order that could potentially affect thousands of provisional ballots in Georgia's race for governor.

However, Democrat candidate Ms. Abrams would need to gain more than 20,000 votes to force a runoff against Republican Brian Kemp.

Republican Mr. Kemp states that Ms. Abrams’ refusal to concede is simply a case of ‘not willing to admit that her 15 minutes of fame are up.’

According to the official statistics published on Georgia Secretary of State's website, Mr. Kemp is currently leading with 50.3% of the vote versus Ms. Abrams' 48.8%, which translates to fewer than 59,000 votes out of the 3.9 million that have been cast.

Democrat volunteers in the state have been calling all week seeking details of any voting problems, and Ms. Abrams, a very high profile candidate for the Democrats who was also endorsed by celebrity Oprah Winfrey, sent repeated fundraising pleas to supporters insisting the race isn’t over and she still needs their backing.

Ms. Carol O’Regan, a Democrat volunteer, took off from work so she could help the Abrams’ campaign. She is currently calling Georgia voters who records indicate they casted provisional ballots. “It’s not just about Stacey winning. We told people their vote counted, and their votes should count.”

Calling from Democrat registered lists, they leave voicemails to voters: “We understand you had to cast a provisional ballot in the election, and we want to help you clear it up.”

Ms. Abrams posted a video on social media urging her supporters to help as much as possible: “I’d love to win; I want to win. But that’s not the point. The point is the system has to work. The point is we have to have confidence in that system.”

A campaign spokesman for Republican candidate Brian Kemp, Mr. Ryan Mahoney declared that Ms. Abrams had “moved from desperation to delusion. Stacey Abrams lost and her concession is long overdue.”

How the hell can they get away with this?

She's holding on to her delusion harder than she holds on to her EBT Card.

And Q said the elections were secure. Bahhahah!!!! How can we trust anything out of a few certain counties? I think the counties in question should not be included and let the voters personally sue Snipes for loosing their voice in this election.

So Ga. may yet have a Court appointed Lesbian Governor.