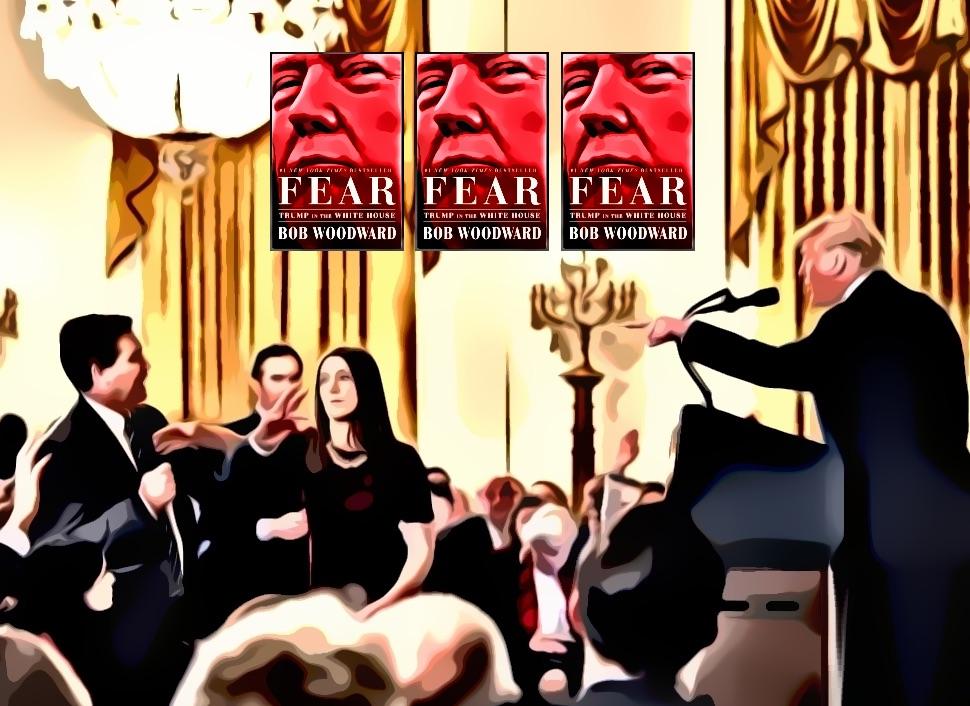 Legendary Watergate journalist and author of anti-Trump bestseller ‘Fear,’ Mr. Bob Woodward, is not joining his colleagues in their support of CNN’s Jim Acosta.

The longtime journalist said CNN is playing into Trump’s hands by suing him over the loss of Mr. Jim Acosta’s hard pass.

The Pulitzer Prize-winning journalist criticized CNN over the filing of their lawsuit against the Trump administration and charged that too many media figures "have become emotionally unhinged."

Mr. Woodward said "the remedy isn’t suing the administration. It’s more serious reporting about what he’s doing. In the news media, there has been an emotional reaction to Trump. Too many people for Trump or against Trump have become emotionally unhinged about this.”

CNN earlier this week filed a federal lawsuit against the several figures in the White House administration demanding that the press credential of star reporter Jim Acosta be restored.

“The White House cannot run an orderly and fair press conference when a reporter acts this way, which is neither appropriate nor professional,” she responded in a statement.

Ms. Sanders also stated that Mr. Acosta's behavior had "impeded the ability of the President, the White House staff, and members of the media to conduct business. After Mr. Acosta asked the President two questions, each of which the President answered, he physically refused to surrender a White House microphone to an intern so that other reporters might ask their questions."

Mr. Woodward furthermore pointed out that none of CNN's approximately 50 other "hard pass" holders has lost White House access, nor have reporters belonging to any other liberal-leaning media outlet, so there was nothing much to really complain about. Just as other high profile journalists, Mr. Woodward seemed to imply that Mr. Acosta had himself to thank for this one.

CNN itself claims that the lawsuit is necessary to defend all journalists against “a dangerous chilling effect. While the suit is specific to CNN and Acosta, this could have happened to anyone.”

“If left unchallenged, the actions of the White House would create a dangerous chilling effect for any journalist who covers our elected officials.”

At least there are a few libs that see the bigger picture.

ITS NOT ENOUGH WE ARE GETTING SCREWED IN THE ELECTION WITH CHEATING LYING AND STEALING. WE HAVE TO GET CREWED BY OUR OWN PARTY TOO!!!!

NOT ONE REPUBLICAN VOTER CALLED AND SAID VOTE FOR THE GUY FROM CALI!!! NOT ONE!!!!!!!

Here we just read about a journalist becoming emotionally unhinged…………to anonymous. Put on your big boy pants. You never as important as you think you are. This is what I think most people saw in your opinion. Ex. I’m so mad…..ALL CAPS ALL CAPS JUST TO SHOW YOU!,,,,,,,,,,, AAAAAAH!!!!!!

There is a time for everything,

and a season for every activity under the heavens:

a time to be born and a time to die,

a time to plant and a time to uproot,

a time to kill and a time to heal,

a time to tear down and a time to build,

a time to weep and a time to laugh,

a time to mourn and a time to dance,

a time to scatter stones and a time to gather them,

a time to embrace and a time to refrain from embracing,

a time to search and a time to give up,

a time to keep and a time to throw away,

a time to tear and a time to mend,

a time to be silent and a time to speak,

a time to love and a time to hate,

PRETTY SURE THERE IS A TIME FOR ALL CAPS TOO :)

How many people know that deblasio's aide was arrested for having pics of newborns being raped??? WALKED ON 7,500 BOND. YESSSSS IM SICK OF THIS SHIT!!!!