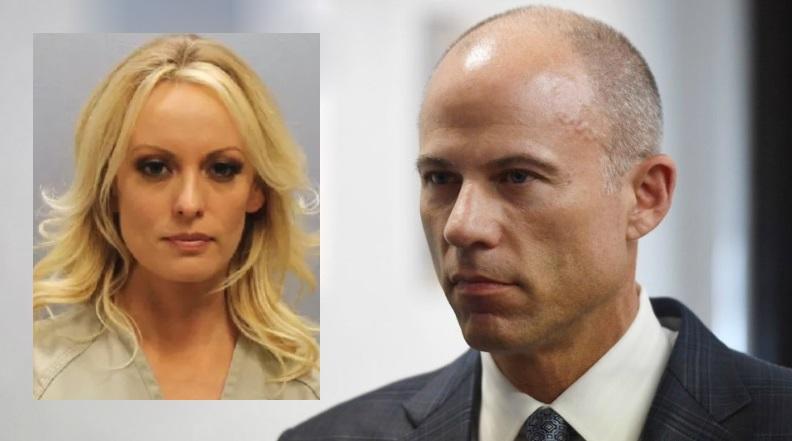 The entire Christine Blasey Ford scandal was revealed to be an attempt to discredit Trump's SCOTUS nominee. In fact, Blasey Ford is still receiving cash through GoFundMe accounts set up by other people to support her attempt to derail Justice Brett M. Kavanaugh's appointment to the Supreme Court. There are currently nearly $1 million dollars spread across two crowdfunding accounts intended for Blasey Ford.

Avenatti was arrested after an encounter Tuesday with his estranged wife prompting her to call the police. The LA Times reported that an LAPD public information officer confirmed that a man was arrested for a domestic violence incident Tuesday but would not confirm it was Avenatti.

Related coverage: <a href="https://thegoldwater.com/news/39914-Avenatti-Considering-Run-For-White-House-Warns-Of-Brutal-Campaign-in-2020">Avenatti Considering Run For White House, Warns Of "Brutal Campaign" in 2020</a>

The LAPD public information officer said the man's ID will be released after booking and as of Wednesday afternoon, Avenatti still does not show in the jail roster. It is unclear if he already bonded out or if he is yet to be formally put through the lengthy booking process which will then need to be updated on the LAPD website.

When Daniels tried to sue the president on the grounds that the NDA was invalid but she lost. A federal judge dismissed Daniels' defamation lawsuit and was ordered to pay Trump's legal fees.

Related coverage: <a href="https://thegoldwater.com/news/38819-Christine-Ford-Has-No-Further-Plans-To-Pursue-Allegations-Against-Brett-Kavanaugh-Surprised">Christine Ford Has No Further Plans To Pursue Allegations Against Brett Kavanaugh - Surprised?</a>

The tweet which Daniels' claims defamed her was sent out on April 18, 2018, by President Trump. In the tweet, he wrote, "A sketch years later about a nonexistent man. A total con job, playing the Fake News Media for Fools (but they know it)!"

Thankfully, the judge had enough wisdom to see through the extortion attempt by Daniels and Avenatti. Maybe Stormy will take some of her "hard earned" GoFundMe donations and help Avenatti bail out of jail and help him with his legal fees. The pair is a match made in hell.

GUILTY. LOCK HIM UP AND THROW AWAY THE KEY!!