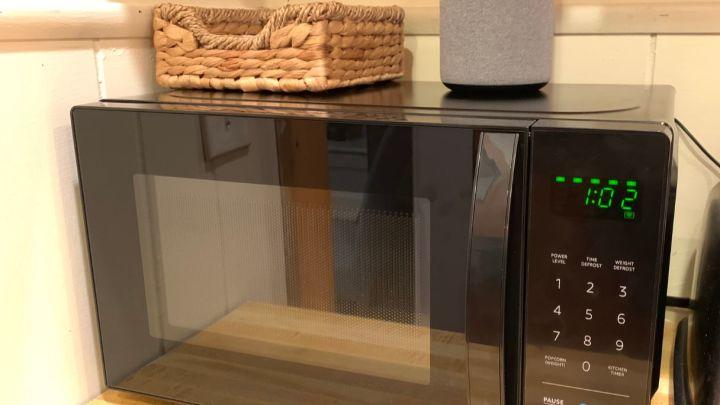 Amazon Introduces A Microwave That Can Be Told to Cook, No Buttons Needed

A smart microwave that can be told to cook? It’s either a testament to how advanced technology has become, or how lazy humans have turned into. Take your pick.

Amazon has introduced a microwave that users can talk to with Amazon Alexa. While an Amazon Echo speaker is needed nearby, once everything’s set up, users can instruct the appliance piece to defrost meat, reheat coffee, among other simple tasks without having to press buttons as the conventional case is.

People on the go, or perhaps users who are either so tired or too lazy to get up and move can ask the microwave to cook stuff, without having to personally bother with microwave controls and fidgeting cooking pre-set menus.

Amazon also says that the new appliance will work best for those who are always miscalculating how long or how short some things are to be cooked via microwave, that the food usually ends up either being too cold or too hot.

The company also said that it worked with a food science lab to get “the proper timings” for food items, like, for example how long a frozen chicken should be defrosted.

Setting up said the microwave is pretty easy, too. Users need only to open the Alexa app on an iPhone or Android device, tap an icon for “devices”, then opt to add a microwave.

The not so good thing about the microwave that can take voice instructions is its limited size at 0.7- cubic feet so the bunch of slices of pizzas, for instance, won’t work. There is some stuff it gets confused on how to cook.

The appliance retails for $60, a relatively cheap price. But maybe it is a home gadget that Amazon meant for much more than just giving more convenience to users, but making their shopping ways easier, and in turn, giving the company and their partners possible bigger profit. Pretty smart, huh?

For example, the new microwave can automatically have popcorn reordered if the user’s stock is about to run out.

There’s more. Soon it is possible that through Amazon Alexa Connect Kit, the company’s partners like for example Procter & Gamble, Hamilton Beach etc., can track how much soap users consume, the detergent used in the washing machine, coffee consumed from the coffeemaker, and then automatically order stuff when they’re about to run out.

It’s a new smart way of living, it also ensures more profit for the company and its chosen partners. Such is the price of “convenience.”

They can keep their shitty spy device. I’ll keep my old rig, probably 30yo and works just fine. Kinda neat seeing the neighbors garage lights glow when she’s running. The neighbors got them fancy tootin tube lights, probably not compatible with my antique microwave oven I guess. Momma always said not to stand in front of the microwave and that’s good advice cause this sucker boiled an aquarium thru a wall in 20 minutes. Maybe I should get a new microwave? Nah mines still safer.