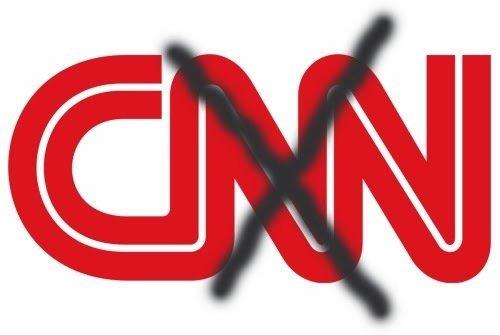 Trump To Ban All Reporters From White House? No, But...

Following the drama and lawsuit with CNN's Jim Acosta, President Trump's lawyers made a comment that really raised some eyebrows.. Attorneys for the administration asserted in court that the president could bar "all reporters" from 1600 Pennsylvania for any reason he wants.

The claim was made at the first public hearing over CNN's lawsuit to restore correspondent Jim Acosta's White House credentials. The outcome could have a dramatic effect on news organizations access to government officials if it is upheld in court. CNN filed the lawsuit Tuesday and claimed the White House infringed on Acosta's First Amendment rights by revoking his access.

Trump's lawyer replied Wednesday that the president has "broad discretion" to police journalists' access to the White House. Deputy Assistant Attorney General James Burnham said in a press conference in the U.S. District Court for the District of Columbia, "If the president wants to exclude all reporters from the White House grounds, he has the authority to do that. There’s no First Amendment right."

Judge Timothy Kelly put off the decision until Thursday on whether to temporarily restore Acosta's press pass. The Arguments Wednesday represented a significant escalation in the media's attacks on Trump. Over a dozen other news organizations sided with CNN. The same idiots that demand a man be fired for brushing against a woman the wrong way are fighting for a man to be able to physically handle a woman and assert himself over her despite her having the authority to take the microphone.

These left-wingers in the media want their rules selectively enforced and if you're Jim Acosta and you are towing the Democrat party's line then they are willing to go to bat for him, regardless of whether he assaulted a woman. Yet, if Trump says an expletive somehow they run headlines for weeks about how terrible of a president he is. The war is getting ridiculous, Acosta is throwing a fit, and I hope the Criminal News Network loses in court.

The media even tried to claim that the White House doctored the footage when in reality the video was slowed down and zoomed to highlight Acosta's disgusting actions. Of course, it was edited, the media does the same thing, they choose the angle which makes Trump's hair look craziest.

Jim Acosta is a weasel and a scumbag, he should be banned for the way he treated that women and he should be called out for his lies about migrants climbing walls being fake news. The American people know the truth! Acosta even asked Trump, "Your campaign had an ad showing migrants climbing over walls and so on, but they’re not going to be doing that." Yet, every day, larger and larger groups of people are photographed entering the U.S. illegally.

The media has ruined America.

The White House is not obligated to hold or conduct press conferences inside the White House. ANY President has the ability to just Electronically post his NEWS, Comments & FACTS to a WH Website for the world to see w/o CNN type Tabloid reporters whining, showboating and acting like ACOSTA's aka jackasses. This would put between 46 still assigned WH assigned reporters out of work and that is why they are challenging the WH Authority.

The US Constitution is clear in that the President is only required to present a State of the Union address to Congress once a year. Historically how that has been accomplished was by letter or in person.

Regarding the White Press Conference room.

President Nixon back in 1969 noted the growing number of WH assigned reporters. So he had the old FDR indoor swimming pool filled and converted into the current Media / Press offices and a Press briefing room.

For his gift to the Media, they bit the hand that fed them.

Trump should just start rotating seats to every journalist and blogger in the country.