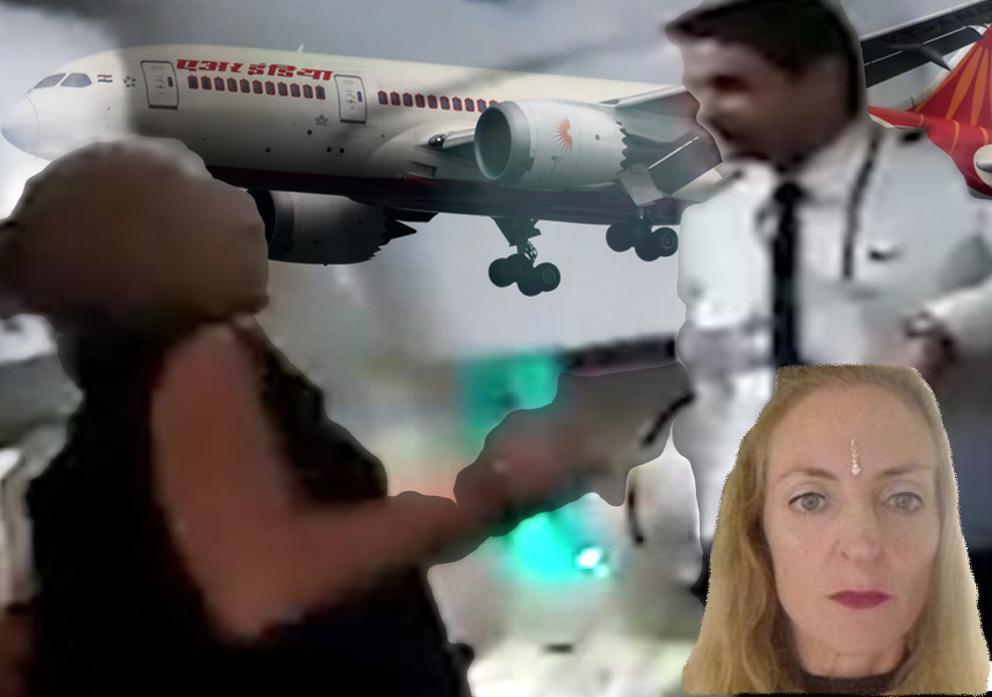 Have you ever seen an unruly passenger that you wish would just sit down so you could sleep on the flight home? Well, passengers who were forced to share a flight with this Irish woman got more than an earful. It turns out, the Irish woman ranting at Air India staff is an international lawyer who was refused alcohol. Her outburst left other business class passengers clasping each other's hands in fear.

The ranting Irish lawyer was identified as 50-year-old Simone O’Broin and she was arrested as soon as the plane landed for shouting slurs at male and female cabin crew. The whole debacle was all over a glass of wine. Apparently, O’Broin felt she was owed one more glass of wine despite being told no.

O'Broin can be heard in the video saying, "I work for all you fucking people… The fucking Rohingyas, the fucking people of all Asia, for you, I'm an international criminal lawyer. Don't get any money for it by the way. But you won't give me a fucking glass of wine, is that correct?"

The rude and shocking conversation took place on an Air India flight from Mumbai to London Heathrow last Saturday. O'Broin was born in Belfast and went to school as an attorney in the UK where she studied international law. She also worked for years in Palestine and was on her way home from a two-month vacation in Goa when the incident occurred.

Passengers who were sitting closest to O'Broin said she was deemed too drunk to be given any more alcohol, essentially she was cut off. O'Broin even tried smoking and was forbidden to do so as well. When the plane landed, O'Broin was taken off the plane by three armed police officers at Heathrow four hours later.

Later it was reported by Daily Mail that O'Broin was wearing a distinctive bandage on her nose after suffering a tumor. The injury caused her not to sleep for two nights which was compounded by problems with Air India flights. One couple who was aboard the flight said, "I've never known anyone go off like that for as long as she did. She was saying she was an international lawyer who’d worked in Gaza and the Palestinian strip. She was saying that she could put all of us in jail."

"She was scary and out of control. It was exhausting. We were too frightened to sleep, at one point I was worried about the plane crashing it got so out of hand. My wife and I were so terrified that we held hands and my wife told me not to look at her. It was like Michael Douglas losing it in the film Falling Down. I thought that she was probably normally a decent person but something had tipped her over the edge."

Another passenger said, "‘She was aggressive, shouting and screaming about being a lawyer and she said, “I know my rights. I’m a business class passenger. I should be able to do what I want. None of the other passengers would look at her. We were all too scared! An air steward from economy kept coming into our section to help as even the staff were obviously so concerned. She got even more angry, saying that we were all snobs who were ignoring her."

"She finally shut up when the hostess gave her a personal letter from the pilot reminding her that in fact, the staff knew their rights and that the police would be waiting for her when we landed at Heathrow. We paid £2,000 for flat-bed seat flights – and couldn’t sleep a wink thanks to her. The air stewardess looked really upset too. But I thought the staff handled a very difficult situation as best as they could in the circumstances."

A police spokesperson said, "At approximately 1.30pm on Saturday, 10 November, a 50-year-old woman was arrested after an Air India flight had landed at Heathrow Airport. She was arrested on suspicion of racially aggravated public order, common assault and drunk and disorderly and taken to a west London police station. She was subsequently released under investigation."

A drunk speaker is an honest

She's Irish. Give her another drink, for crying out loud!

England is over run with sand niggers, can you blame this bat shit crazy bitch!

The vag card is played

Gotta love this, it's representative of the BDS and other, similar (bowel) movements; no class, loud mouth, abusive bullies, even to people just doing their jobs. She’s an embarrassment to the legal profession and Ireland.

Denying an Irish person alcohol is akin to a crime against humanity, laddie.