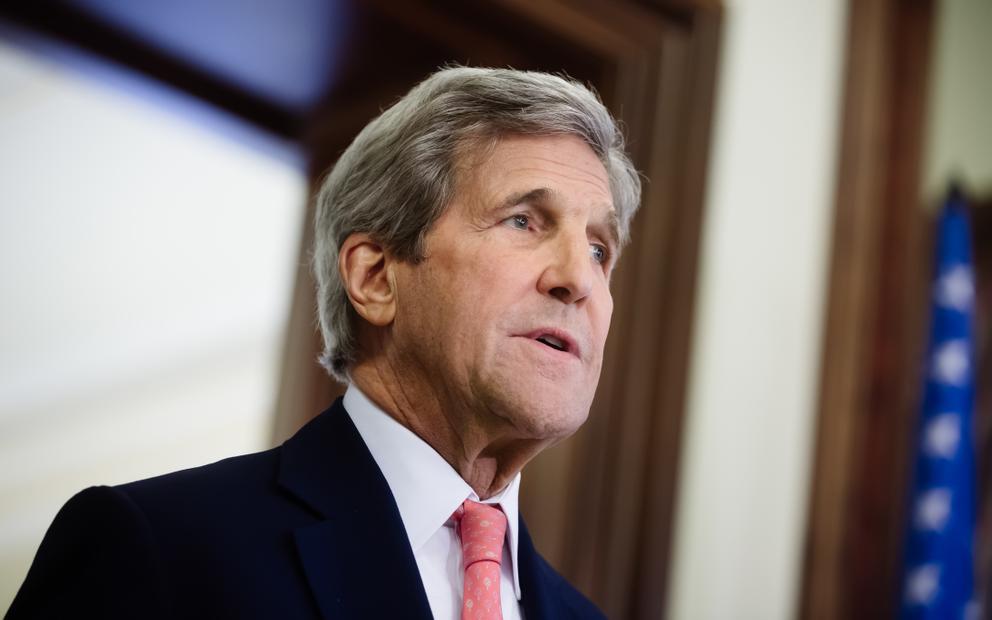 Speaking at an international conference in London yesterday, the former Secretary of State of the previous White House Administration landed some remarkable quotes with regards to Iran, climate change, the future of Europe and Brexit.

Mr Kerry commented on the changing landscape of European politics where populist parties have been winning elections since 2016. He linked the choice of voters for more rightwing nationalist parties to climate change and predicted that Europe would be ‘crushed’ under mass migration from Africa.

“We are heading for catastrophe unless we respond to some life-threatening challenges very rapidly. We have a climate-denying president that pulls us out of the Paris climate change agreement at a time when literally every day matters.”

“Europe is already crushed under this transformation that is taking place due to migration. In Germany Angela Merkel is weakened. Italian politics is significantly impacted.

“Well, imagine what happens if water dries up and you cannot produce food in northern Africa. Imagine what happens if Nigeria hits its alleged 500 million people by the middle of the century … you are going to have hordes of people in the northern part of the Mediterranean knocking on the door. I am telling you. If you don’t believe me, just go read the literature.”

Given the tumultuous day that the UK press had seen with regards to the Brexit negotiations yesterday (PM May lost 5 cabinet members in the same day), the conference asked Mr Kerry about his view for the UK’s future. He repeated that the previous White House cabinet had always tried to convince the British voting public to ‘remain’ in the EU.

“To the best of my knowledge Obama has not changed that view. I do not think this is the moment for the EU to start falling apart.”

Lastly, on the Iran deal, and which he helped negotiated in the first place, Mr Kerry maintained that the “deal is the tightest, most stringent, most accountable, transparent nuclear arms agreement on the planet”.

Under the deal, if the Iranians had tried to make a bomb “we would know immediately because we have radio transmission seals on centrifuges and stockpiles. We have a right to trace, from cradle to grave, every piece of uranium”.

climate change and migration are related? Kerry's an idiot.

European culture is destroyed by their own liberal politics, they are a disgrace to their brave predecessors and Americans of the "Great Crusade" who fought against the Nazis.

Him and the Obamas have prepped and planned this for 8 years..

Of course he's blaming everything on Trump & climate change. Still a doofus.

YEAH… YOU SHOULD KNOW, YOU AND ALL YOUR ILK ORCHESTRATED IT ALL WITH THAT EXACT INTENT.

Kerry is appealing to nationalists to support his "global warming" hoax or they will be flooded with millions of more migrants. what a pos…. the migrants are coming because they are BEING PAID and otherwise encouraged to go to white countries BY JEWS. Kerry was a big part of the mass savage invasion of Europe AND the USA but neglects to mention it because he's a GLOBALIST STOOGE. "global warming" is a scam to override the US constitution with international taxation treaties. once accomplished more international treaties will commence robbing us of ALL OF OUR INALIENABLE RIGHTS.

FUCK YOU, KERRY AND OBAMA!

furthermore: Iran has every right to be able to defend themselves from the evil, Israelis who are THE REAL 9/11 terrorists.

Europe is done, America first. Be wary of globalists, they are serving up nations to their demise.

Herman Munster at it again by stating the obvious.

Hey Tab, ……..go scratch around in some kitty litter. You are starting to stink.