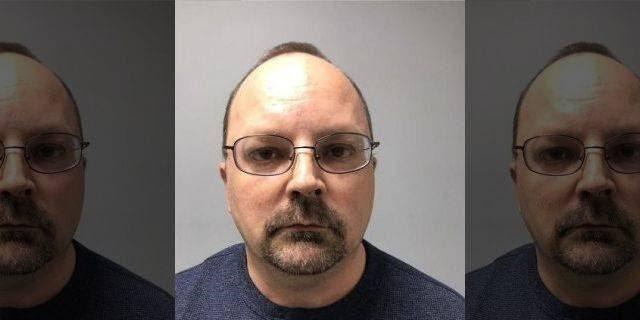 There's disturbing news coming out of Connecticut where a <i>well-known and influential</i> business owner and driver in Vernon and Manchester has been arrested for what law enforcement say was a child-sex trafficking scheme. The horrific case involves child pornographic materials and a <i>child-sex dungeon</i> near a local hotel.

The East Hartford Police Department and the Connecticut State Police both cooperated in the investigation into Hessler, reports<a href="https://fox61.com/2018/11/15/mattresses-undergarments-toys-found-near-dumpster-of-vernon-sex-dungeon/">local FOX News affiliate Channel 61</a>, and the sex dungeon was found less than 50 yards from a daycare center.

The <i>crucial<i> details surrounding evidence that was found nearby is even more <i>grotesque.</i>

<blockquote>Jillian Gilchrest is the Chair of Connecticut’s Trafficking in Persons Council. “Often times a trafficker is a husband, a dad, and uncle. A man in the community,” she said.</blockquote>

<i>Many in the community are now seeking answers as to how this could occur behind closed doors so close to society.</i>

According to the<a href="https://www.courant.com/opinion/editorials/hc-ed-evil-sex-dungeon-owner-stopped-by-female-officers-20181115-story.html"> Hartford Courant</a>, the actions of a brave policewoman launched the undercover investigation that led to a sting and eventual takedown of Hessler.

State Police Detective Samantha McCord was investigating child sex trafficking involving Hessler after they noticed that an alleged pedophile using the name <i>“[email protected]”</i> was seeking to do a “casting couch interview” with a young Mexican child, which spawned the investigation.

Agents then posed as a foster child, who contacted Hessler for his desires.

Hessler asked that McCord bring a 12-year-old “DCF/foster kid” so he could train her at his “slave quarters” and have sex with her, the warrant says.

Hessler told the undercover agents that he wanted to have “limitless sex” with her in his “sex dungeon,” located in a trailer near the hotel he's the owner of.

During the conversation, Hessler then provided photos of “an elaborate sado-masochism room with multiple beds with whips and chains and handcuffs on the wall” that he wanted to use to molest the young girl.

This Tuesday, Detectives and local authorities set up a drop-off point for the alleged sex dungeon encounter with what Hessler believed was a sixth-grade girl. Authorities say Hessler was willing to pay for limitless sex with” no bruises” — for the price of $500.

When Hessler arrived, he was surrounded and taken into custody. He admitted to authorities that he'd told the undercover agents to both handcuff and gag the child he thought he'd be taking into his sex dungeon.

After Hessler’s arrest, authorities contacted his wife, who'd asked if <i>“he'd done something with underage girls,”</i> the report says. She later called back, saying she found 11 flash drives in their bedroom in Ellington.

Hessler is being held on bail of $1 million after his appearance at Superior Court in Manchester on the charges of an attempted felony to patronize a prostitute and second-degree attempted sex assault.

This is one of the more disturbing cases to come out of the area, and now the East Hartford Police are asking that anyone with additional information call 860-528-4401 where they can remain anonymous.

Sounds hot. I wish I could offer myself up as his slave, but he'd probably reject me as too old because I'm only an 18 year old girl.

next, find out who are his "associates"…