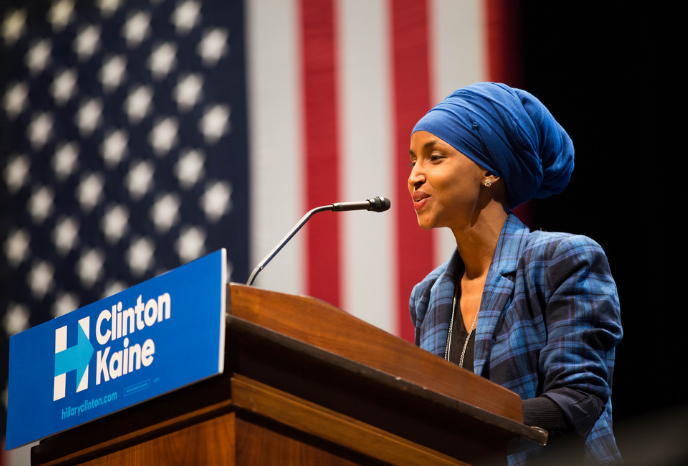 Democrats Push For US Congress To Allow Hijabs

The first two years of the Trump White House administration will be marked for its economic progress. With low unemployment, record GDP growth and a climbing stock market, it was clear that a Republican majority in both House and Congress was concerned with the economy first and foremost.

Now that the Democrats have retaken control of the House, it will be interesting to see which groundbreaking policies they shall enact to the benefit of all Americans.

Among the items highly important and offering change for American families the Democrats appear to be interested in the tax returns of the President, the Mueller investigation into alleged collusion and …. the allowing of religious headgear in US congress.

Yes, you’ve heard that right. In order to keep her desired place as speaker of the House, it would seem that Ms Nancy Pelosi has had to make some serious trade-offs to the newly elected progressive members of Congress.

As such, Minnesota Democrat representative Ms Ilhan Omar, for whom the regulation will be banned, is set to change a 181-year-old rule that does not allow religious headwear. That ban was enacted in 1837 by members of the US Congress who wanted to rebel against the British and their tradition of wearing hats in the British Parliament.

However, Ms Ilhan Omar one of two Muslim women elected this year and she’s the first to wear a hijab. She does not plan to take it off when entering Congress next year and according to a Democratic source, the rules will indeed be clarified to allow religious headwear (as well as coverings for medical reasons, an addition made in order to sell it to the general public).

Earlier this week, Ms Omar said: “there are those kinds of policies that oftentimes get created because people who have blind spots are in positions of influence and positions of power. I think it will be really exciting to see the stuff that we notice within the rules that don’t work for a modern-day America.”

For Ms Omar’s part, she’s in disbelief she even made it to the Capitol. She joins Rashida Tlaib of Michigan as the first Muslim women. She’s also the first Somali-American and first former refugee.

Ms Omar told the Washington Post this week that she gets tearful as she speaks of joining icons like Pelosi, the first female House speaker, and Representative John Lewis, the civil rights champion: “I ran into Congressman John Lewis and I burst into tears and I said to him, ‘Sir, I read about you in middle school and you are here in the flesh and I get to be your colleague,’ ”

“I remember my dad telling me about us having the first woman speaker and I’m here serving with her as my colleague. And so there are moments every single minute that I’ve been here where I almost want to pinch myself to awaken to the reality of how privileged and honored I feel to be in a place where we are making history.”

When the initiative of the wearing of hijabs in Congress was first mentioned in the mainstream media, Ms Omar confirmed that she would be pushing for the ban to be lifted and said: “No one puts a scarf on my head but me. It’s my choice—one protected by the first amendment.”

“And this is not the last ban I’m going to work to lift.”

FU, No way, not happening!

CREEPING SHARIA ITS COMING FOLKS we must stop it now or we never will.

That is how it starts.

remember how this all began? when BushCo torture-murdered 3000 on 9/11 and blamed it on Bin Laden so that The US Military could fight wars for Israel and protect the private JEW OWNED "Federal Reserve". make no mistake, this is all a jew plot to destroy white countries. go online and watch Barbara Specter A JEW admit that jews are behind this insanity.

I’m surprised that from the image at the top of the article, Muslims aren’t outraged at the provocative wardrobe the woman is wearing! Low cut open blouse is so revealing, you have to wonder if there is any honor in her family anymore. I’ve heard real Muslims kill family members kill over such embarrassment.

I'm not even in favor of letting muzzies serve in the government of the United States.

Allowing religious headwear means you must allow members to wear a collander on their head.

All hail his noodly appendage. Ra-men!

Wear that thing on your head to confirm you are an enemy to the American people & our way of life.

I keep asking myself, 'why when something is to do with Islam' it becomes an issue. I found the answer: The devil is behind it! He does not like to see things that represent Islam. It's a reminder for people. His line of thinking is: when people see this, they will ask about it and therefore it's a door for people to ask about Islam, and if they ask, they may embrace. It's that fear of Satan that entices people.

This is not even the Democratic party anymore. It's communist revolutionaries trying to destroy all parts of Western civilization.

How about MAGA hats?