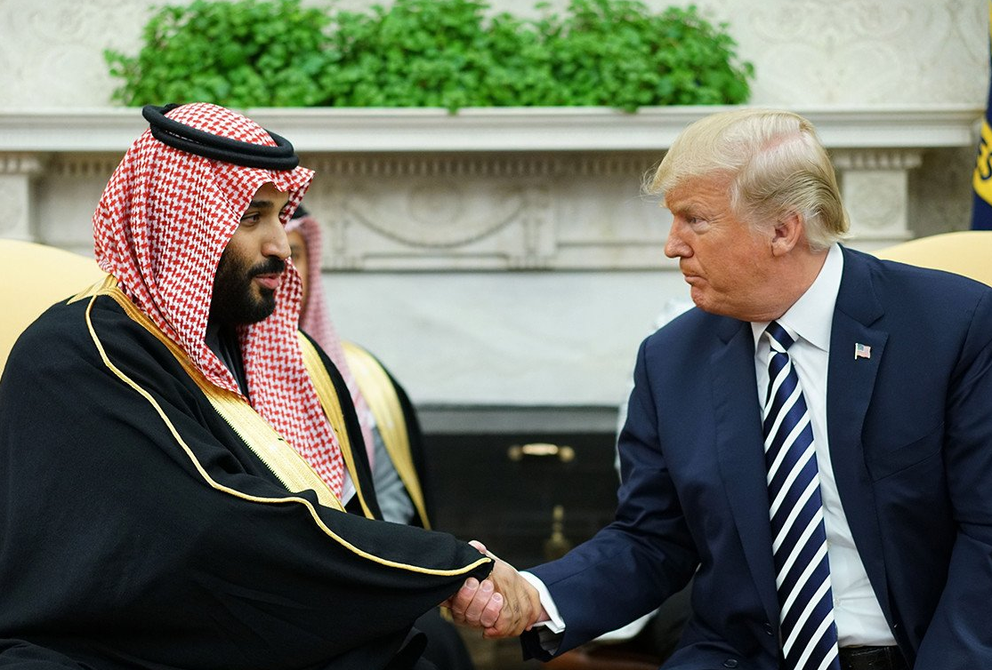 Will Trump Save Or Condemn Saudi Crown Prince?

The pressure on the young but powerful Saudi Crown Prince Mohamed bin Salman ('MBS') has risen considerably over the weekend. The CIA informed Congress and the White House administration last Friday that it has come to a clear conclusion: it was the Crown Prince himself who ordered the murder of Saudi dissident Jamal Khashoggi on the 2nd of October during his visit to the Saudi consulate in Istanbul.

According to The Washington Post, the newspaper for which the Saudi exile wrote as a columnist, the intelligence services listened in a telephone conversation between Khashoggi and Khaled bin Salman, the brother of MBS and Saudi Ambassador to Washington. He told Khashoggi that he could safely go to the consulate in Turkey. Khaled bin Salman formally denies that this conversation has ever taken place.

In short, someone is lying.

President Trump labelled the conclusion of the CIA on Saturday as 'very premature,' but said that it was 'possible' that MBS was the organizer.

He also promised that one of the following days he will give his conclusions about the situation, 'possibly Monday or Tuesday'.

Trump has an excellent relationship with the Saudi royal family and, of course, the Crown Prince worked himself up to the poster boy of a 'modern' Saudi Arabia that is almost completely aligned with the current White House administration.

Their joint rivalry with Iran, among other things, gives both partners a strategic reason to continue the cooperation. It is therefore hard to imagine that the Crown Prince's career would continue to flourish if Trump were to drop him publicly this week.

The relations with the US are so crucial for the kingdom that in that case King Salman (82 years old already) would have few choices left but to appoint someone else as his successor.

Trump's juxtaposition was clear from the interviews he gave over the weekend. The Crown Prince 'certainly had people who were reasonably close to him who were probably involved' in the murder, Trump said ‘but at the same time we have a good ally and I want to stick to an ally who has been very good in many ways."

Trump also said that the US had received one of the notorious recordings that would have been made during the murder at the consulate via Turkey.

He had not listened to the tapes and does not want to either. "I know everything that happened in that recording without listening to it," he said. "It was very violent, cruel and terrible."

This will be a crucial week for the American-Saudi relations and for the political future of Saudi Arabia - and it is Trump who has to make the decision.

He is also under pressure from within his own Republican party. Republican Senator Mr Lindsey Graham was quite clear on NBC’s ‘Meet The Press’ stating: “If you know anything about Saudi Arabia, anything about MBS, the fact that he didn’t know about it is impossible for me to believe. If he is going to be the face and the voice of Saudi Arabia going forward, I think the kingdom will have a hard time on the world stage.”

The Republican Senator continued stressing that the Saudis “are an important ally, but when it comes to the crown prince he is irrational and unhinged.”

"I have no intention of ever working with him myself."

You can't have the President of the United States of America appoint a leader to the CIA and then him disavow their intelligence. Trump is literally a Jewish Shill.

Do we have any choice.

Why does the press care more about this than they care about all those the Clintons killed.

More investigation into this than the Seth Rich murder? Por Que?