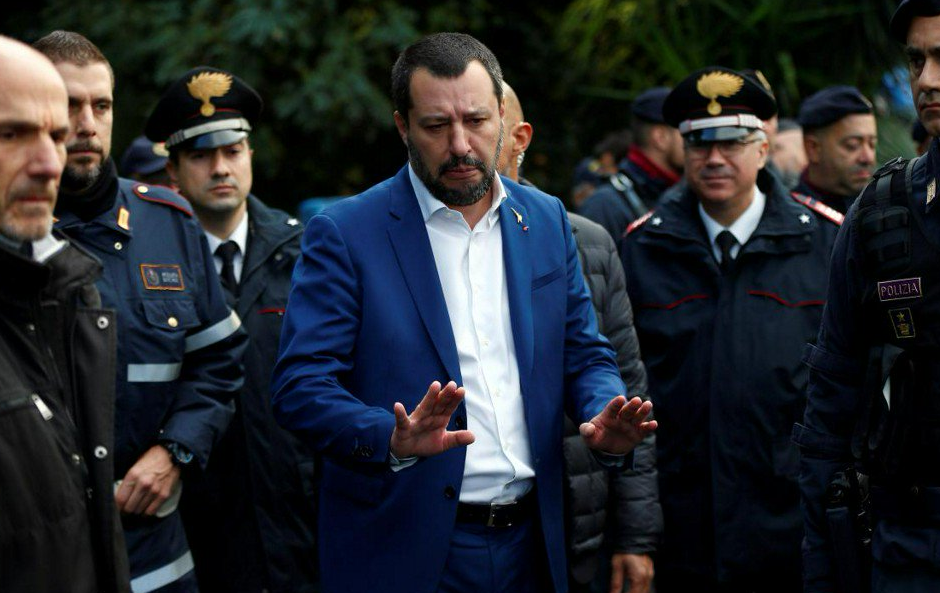 The European Commission stated yesterday that if Italy, its fourth-largest economy, wants to uphold its current budget, it is simply ‘sleepwalking towards financial instability.’

The Italian government responded that it is the season of Santa Claus anyway, pointing to the time of fairy tales.

The European Commission is starting to enact punitive measures against Italy. That is not a big surprise because the budget did not meet the European conditions. Italy had three weeks to prepare a new budget, but that one also that did not meet the EU conditions. Today, the Commission decided to tackle Italy, as the first euro country ever, for its excessive public debt.

Related coverage: <a href="https://thegoldwater.com/news/41944-Italy-Does-Increased-Benefits-Scheme-Risk-Turning-It-Into-Greece-2">Italy – Does Increased Benefits Scheme Risk Turning It Into Greece 2?</a>.

Rome did not leave Europe much choice. "Italy is sleepwalking towards instability," said European Commissioner Dombrovskis. All members of Europe are bound by the same rules and must comply with them, he emphasized.

Italy already knew what was coming. The Italian government responded via a spokesperson that Rome might still be prepared to adjust the controversial budget proposal.

Mr Matteo Salvini, who leads the Lega Nord, responded sarcastically to news of the commission’s report. “A letter from the EU? I’m also waiting for one from Santa Claus.”

<blockquote class="twitter-tweet" data-lang="en"><p lang="en" dir="ltr">Matteo Salvini, Italian Deputy Prime Minister on being told that the EU Commission might send a letter announcing penalty procedures for Italy&#39;s budget, &quot;Has the letter arrived? I was also waiting for a letter from Santa Claus&quot; , as quoted in the FT</p>&mdash; Joseph Trevisani (@JosephTrevisani) <a href="https://twitter.com/JosephTrevisani/status/1065224383332065280?ref_src=twsrc%5Etfw">November 21, 2018</a></blockquote>

He furthermore stated that he was ready to “confront Jean-Claude Juncker, Pierre Moscovici or whoever” over a budget he said responded to the needs of Italians.

The populist government of the country wanted to raise the budget deficit to 2.4 percent in order to be able to carry out several election promises. The European Commission did not approve the draft budget, a unique measure, because the Italian plans go against European budget rules. Italy was not yet prepared to make adjustments, which could put the country on the road towards sanctions.

<blockquote class="twitter-tweet" data-lang="en"><p lang="en" dir="ltr">&quot;A letter arrived from Brussels? I was expecting one from Santa Claus,” said Mr. Salvini, the deputy prime minister and the most powerful force in the Italian government, who has suggested that Mr. Junker has a drinking problem.&quot;<a href="https://t.co/kckOy04Jbs">https://t.co/kckOy04Jbs</a></p>&mdash; Eric Demamp (@ericdemamp) <a href="https://twitter.com/ericdemamp/status/1065340137574412289?ref_src=twsrc%5Etfw">November 21, 2018</a></blockquote>

The turmoil surrounding the Italian budget recently caused unrest on the financial markets, which was noticeable in the Italian equity and bond market.

Italy ends this year with lower economic growth than previously predicted, according to new figures from the Italian statistical office Istat. Growth is now expected to be 1.1 percent, whereas a previous estimate in May 2018 still showed growth of 1.4 percent.

For next year, Istat predicts 1.3 percent growth. That is less than the 1.5 percent that the populist coalition is targeting. Unemployment will turn out lower than expected this year and next year.

Good for him. He and others are finally realizing that all the EU wants to create is one world in DISorder.