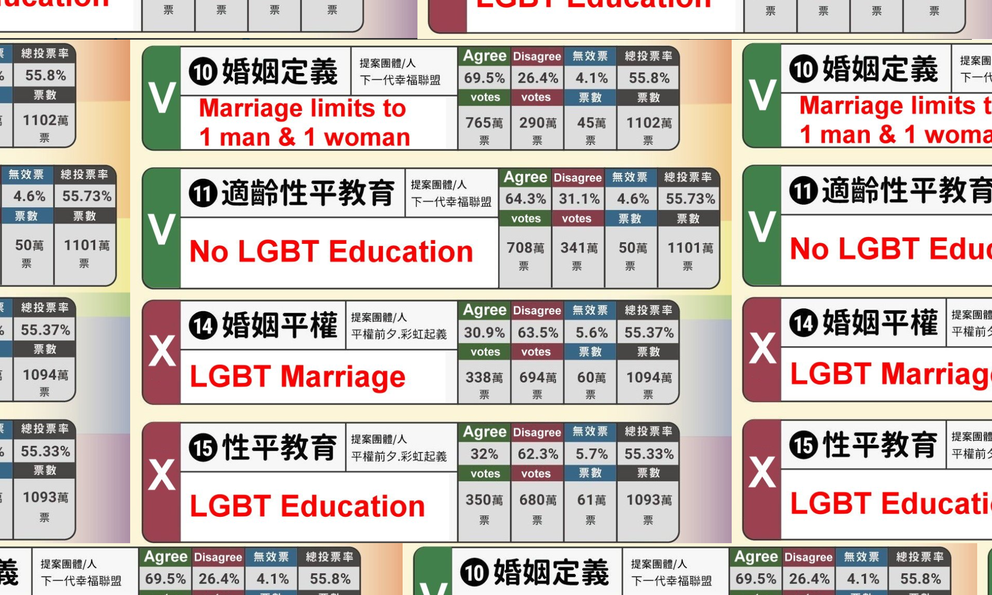 The 4 questions relating to same-sex marriage and LGBT rights in Taiwan, all which were resoundingly defeated (7 million no versus 3 million out of a possible 19 million voters), are now called ‘confusing’ by the LGBT lobby on the Asian island.

The progressive politicians on the island, which suffered a shock loss, say that the makeup of the referendum itself, which in their view favored Christians and conservatives was simply too complicated to be answered with a simple yes or no.

It comes after a weekend vote which saw Taiwanese voters (considered to be among the most progressive in Asia) were asked to answer yes or no to the question of LGBT marriage, as part of a 10 question referendum. The question was: “Do you agree that Civil Code regulations should restrict marriage to being between a man and a woman?”

The “yes” votes won in what defenders of the LGBT lobby call “a bitter blow and a step backwards for human rights in Taiwan,” as Ms Annie Huang of Amnesty International Taiwan stated immediately in response.

Ms Miao Poya, who initiated a campaign for ‘marriage equality’ referendum, did admit that the result was quite a shock, stating: “Our referendums failed not because only a few people support marriage equality, but because we had not been good enough at canvassing support in the way the Coalition for Happiness were.”


The opponents of same-sex marriage see it differently though, saying that the LGBT community in Taiwan simply had no idea that so many Taiwanese opposed it and were simply shocked by the outcome.

“The public have used their ballots to tell the governing authorities what is the mainstream opinion and the result represents a victory for all people who cherish family values and how such values should be taught in schools to the young generation,” said Tseng Hsien-yin, leader of the Coalition for the Happiness of our Next Generation.

He said his organization and other family values groups would “see that the government revise or institute relevant laws and implement the relevant education guidelines for the school curriculums in line with the results”.

“We will send our drafted bill to the parliament as soon as possible for review and passage because we respect same-sex partnerships and believe there should be a special law for them.”

Mr Tseng Hsien-yin will also push for the school curriculum to be adapted as soon as possible in line with ‘traditional values.’

Good news for Taiwanese. Confused souls must never dominate the normal morality of the masses of people.

Sodomites should be strangled and thrown into bogs. 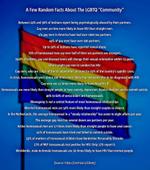