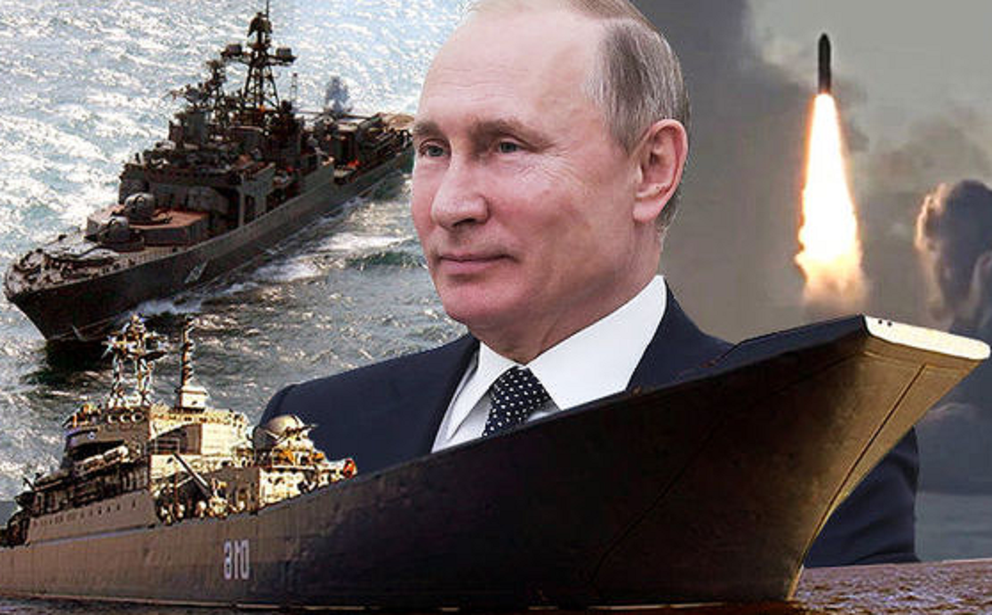 Why Did Russia Attack Ukrainian Ships?

According to European media, Ukraine and Russia are once again on the brink of war. However, some political analysts claim that it is all just a calculated show of force by Putin, meant to help him back home where his popularity is waning.

So, what inspired Moscow to attack and subsequently confiscate three Ukrainian ships on their way from the Black Sea to the Sea of Azov? In response to the incident, in which a number of Ukrainian sailors were injured, Ukraine brought its armed forces into a state of readiness and declared martial law.

Russia also immediately received a wave of criticism from the West (although not much from US President Trump, the only one he considers important).


One possible explanation for the Russian performance is that the Kremlin found it necessary to rekindle the patriotic flame now that the popularity of President Putin is decreasing.

The Kremlin is losing the popularity contest because of the drop in oil prices (which is bad news for the Russian economy) and the state’s decision to increase the retirement age, a measure against which there is wide resistance among the Russian population.

However, if there is one thing that Putin can count on to increase his popularity, then it is showing his military might. When he annexed the Ukrainian peninsula Crimean in 2014, his popularity poll shot to unknown heights.


It now seems that the shipping incident is a logical continuation of an operation which Russia has been planning for much longer. After the annexation of Crimea it seemed as if Russia was trying to get a corridor to the peninsula via land, but an attempt by pro-Russian separatists to get hold of the Ukrainian port city of Marioepol failed.

Since then, Russia has been slowly squeezing the eastern part of the coast of Ukraine, with the port cities of Berdyansk and Marioepol.


Especially since the opening of the bridge between southern Russia and Crimea - a multi-billion dollar project that was illegal according to the international community - Moscow has increased pressure.

Since then, the Russian navy has not only halted Ukrainian but also foreign ships on their way to the two port cities. As an excuse, it says these stops are needed for inspections which can sometimes take days.

According to Moscow, this is necessary to prevent the supply of war material and to protect the newly built bridge against possible attacks. But the main goal seems to be to undermine the already shaky economy of that part of Ukraine.

A large part of the export of steel, grain and other products from eastern Ukraine runs via the Kerch Strait. The bridge alone is an obstacle: 'Putin's bridge', built by one of his friends, is too low for large container ships.

The Kremlin knows that Ukraine cannot do much against the Russian campaign to gradually shut down the Sea of Azov and change into exclusively Russian waters. Kiev has only a handful of warships in the area.

Ukraine lost part of its war fleet when Russia occupied the Crimea, including the naval port of Sevastopol.
From a military standpoint, it is certain that Ukraine will be defeated at the outbreak of a direct military conflict with Russia and therefore President Poroshenko won’t risk going that far. If Putin’s gamble pays off and Russians don’t talk about oil prices or retirement age in the next few weeks, seizing three ships just might have been worth it.

I prefer the Duran's analysis which paints a picture of deliberate provocation by Ukraine against agreed protocols in order to implement martial law and prop up the failing putsch regime.

Sounds like Russia took a leaf out of Israel's playbook.

Poroshenko is a CIA, state department stooge. Western backed my ( ! ). This area is a direct deep state goading of Russia.

The new generation in Russia is fed up with the Old Communist left overs playing rulers.

Just like the Socialist-Democrats are fed up with Nancy P.

Likely at the rate the USA SD's are going and the New Russian voters are house cleaning,..... Maybe Russian will have more rights and protections in 15-20 years than we do?

Keep poking that Russian Bear. One day its going to turn around and maul the shit right out of you.

Declaring Martial Law against the Citizens of the Ukraine is about a stupid move as could have made.

Jeff Allen hits the nail on the head. Good job! As for the declaration of martial law, I'm wondering what maneuvers are they wanting to keep out of the public eye. Something stinks in the Ukraine.

Putin is stopping The Ukraine from brining in US / UN nukes aimed at Russia. good for him!

this article is written by a jew with an anti-russia agenda.

Proshenko does whatever Trump tells him to do. He wont wage war over this.

I read there were explosives on the tug boat to blow up the bridge and Russia had been tracking them.

More agitprop . Russia didnt attack. They called a bluff. Get over it

maybe there was uranium on board coming from Syria