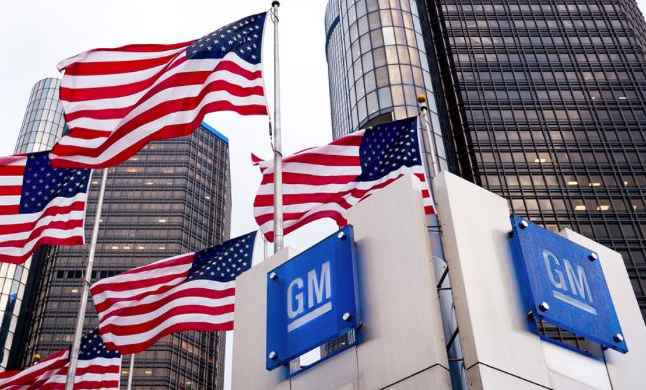 Car manufacturer General Motors wants to save around 6 billion dollars with a restructuring plan by the end of 2020. The company is, therefore, going to scrap 15 percent of the workforce or more than 15,000 jobs in the United States and Canada where it will close five factories.

At the end of 2019, GM will also close two factories outside the American continent. President Donald Trump is not happy with the decision and even demands that GM stops producing in China.

Job losses would affect a quarter of all management positions. According to the carmaker, the major interventions are necessary to remain profitable. The company says it is preparing for a future with a larger number of fully electric vehicles. The four factories in the United States and one in Canada could be closed by the end of next year.

GM says President Trump’s steel and aluminium tariffs have cost them $1.4 billion — but the cutbacks are more about changing consumer tastes. pic.twitter.com/xsaR8Fpoyf


Surprisingly enough, GM had good results in the past quarter.

"We take these measures at a time when the economy is strong," says CEO Mary Barra. "The industry is changing very quickly. We want to be sure that we are well positioned."

“We are taking this action now while the company and the economy are strong to keep ahead of changing market conditions,” Ms Barra said in a conference call. GM’s share price rose 5.5% on the news.

According to management, GM is implementing the measures due to weak sales of smaller passenger cars in the US and higher material costs.

President Trump, who won over voters in many of the states affected by GM’s decision by promising to save their jobs, told reporters he was not happy with the decision. “We don’t like it,” he told reporters. “This country has done a lot for General Motors. They better get back to Ohio, and soon.”

GM announces 15,000 layoffs and its stock bounces up 7 percent, proving "Engine" Charlie Wilson wrong when he said in 1953 that "what was good for our country was good for General Motors and vice versa." https://t.co/bFM8xY4j6q


“I stressed the fact that I am not happy with what she did,” Trump said as he departed the White House for campaign rallies in Mississippi. “You know, the United States saved General Motors and for her to take that company out of Ohio is not good.”

The car plants, known as Lordstown Assembly in Ohio, Detroit-Hamtramck Assembly and Oshawa Assembly, all build slow-selling cars. Just last year, President Trump held a rally close to the Lordstown plant and told workers not to sell their homes because “jobs are coming back”.

GM is doing this at Soros urging. The Globalists are doing everything they can to destroy our country. The coast to coast dem wins on elections including California were almost all frauds. Soros was behind every one of these or his kids and organizations were. Trump needs to arrest these thugs. They are the ones who also attacked Infowars and are censoring Conservative voices across the board. Stop Soros and you stop almost all of this.

Sedans. It has been proven people will buy a piece of junk if it looks good. See jaguar! The design department needs to be changed of GM wants to survive. Quality might help too.

GM began building crap in 1972 and continues to this day. i'll never buy another.... trump should court japan to replace the closing GM plants with Honda car facilities.

Wow! A company that builds expensive vehicles nobody wants to buy???? What’s the big deal? Are they looking for bailout money like they got from the last administration? Maybe the UAW should remember all those plants GM built in Asia in the last 20 years. Maybe reconsider their support of democRATS that’s taken for granted. Businesses like GM rely on OPM.....other peoples money....time to go down in flames.

GM had an electric car in 1997. They literally destroyed their own market by restricting sales (leases only) and made some of the most horrifying scary commercials for the cars which were intended to drive customers away from even having one.
Yet this same company cannibalizes its own markets by subdividing into different, redundant and useless brands like oldsmobile, buick, cadillac, etc.
The real problem has always been the car executives at the top who are functionally incompetent. They didn't see the hybrid market coming, the electric car market, the crossover market, the SUV market. They were always late to the party while Nissan, Toyota were already dug in. Now millennials are scooting around in Priuses while GM pounds sand.