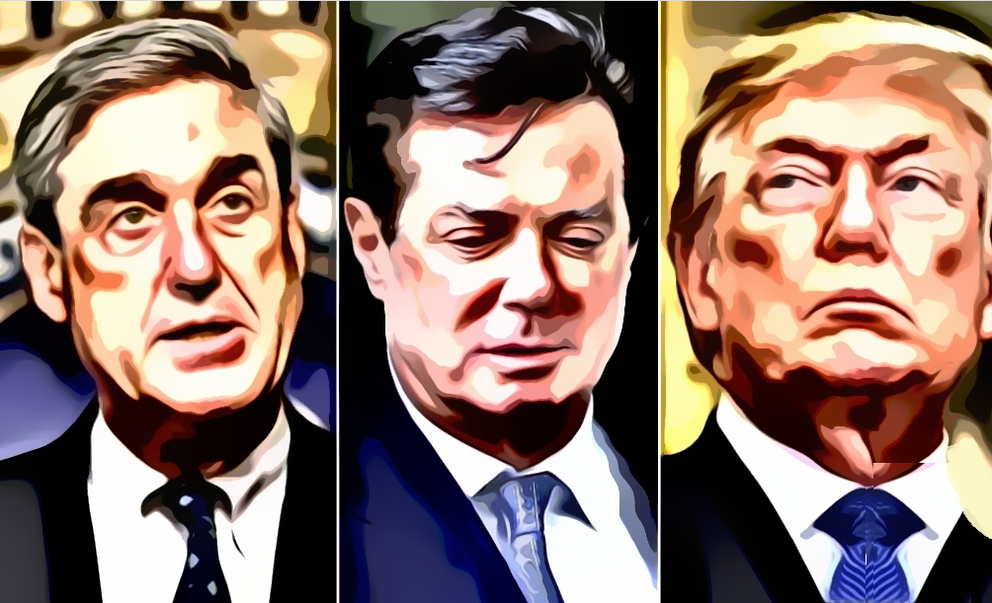 US President Donald Trump lashed out against Special Counsel Bob Mueller and the mainstream US Media after they reported on how Mr Mueller had claimed that Paul Manafort was caught lying to the FBI.

POTUS’s criticism comes after a court filing on Monday showed that Mr Mueller said Mr Trump’s former campaign manager Paul Manafort, after signing a plea deal, had "committed federal crimes by lying to the Federal Bureau of Investigation and the Special Counsel's office on a variety of subject matters.”

The filing did however not give details as to what Mr Manafort allegedly lied about.

Mr Manafort's lawyer responded that his client had "provided information to the government in an effort to live up to his co-operation obligations. He believes he has provided truthful information and does not agree with the government's characterisation or that he has breached the agreement."

Mr Trump backed up his former campaign manager and shot back at the Special Counsel today in a series of tweets, stating: “the Phony Witch Hunt continues, but Mueller and his gang of Angry Dems are only looking at one side, not the other. Wait until it comes out how horribly & viciously they are treating people, ruining lives for them refusing to lie. Mueller is a conflicted prosecutor gone rogue.”

....terrible Gang of Angry Democrats. Look at their past, and look where they come from. The now $30,000,000 Witch Hunt continues and they’ve got nothing but ruined lives. Where is the Server? Let these terrible people go back to the Clinton Foundation and “Justice” Department!


“The Fake News Media builds Bob Mueller up as a Saint when in actuality he is the exact opposite. He is doing TREMENDOUS damage to our Criminal Justice System, where he is only looking at one side and not the other. Heroes will come of this, and it won’t be Mueller and his terrible Gang of Angry Democrats. Look at their past, and look where they come from.”


“The now $30,000,000 Witch Hunt continues and they’ve got nothing but ruined lives. Where is the Server? Let these terrible people go back to the Clinton Foundation and “Justice” Department!”

Mr Manafort, who finds himself accused of bank fraud and tax evasion, signed a plea deal last year. In exchange for punishment reduction, he would fully cooperate with the investigation into President Trump and alleged Russian interference in the 2016 Presidential election.

The accusation leaves the former Trump campaign chief exposed to the possibility of a more severe prison sentence. https://t.co/iBV98tj9v5


He was one of Trump's employees who was present at the controversial meeting of Trump’s son Donald Jr. and a Russian lawyer, who had promised him incriminating information about Hillary Clinton.

We need our President to declassify a few docs, then let the shit show begin! Mulehead is a criminal and has been for the majority of his career. All one needs to do is look into the Bulger BS and wonder how he still works in law enforcement?

Yeah they damn sure shut Whitey down. Even dug his eyes out. More people need to wake up and realize the truth of what's going on, if they don't want to be enslaved by a communist regime. They never thought she would lose. That's how close we came. And the struggle continues, while the sleeping fools snore away.

sure Trump knew about the meeting but we just don't give a shit.... the big question is: what did Mueller know about 9/11 and when did he know it?