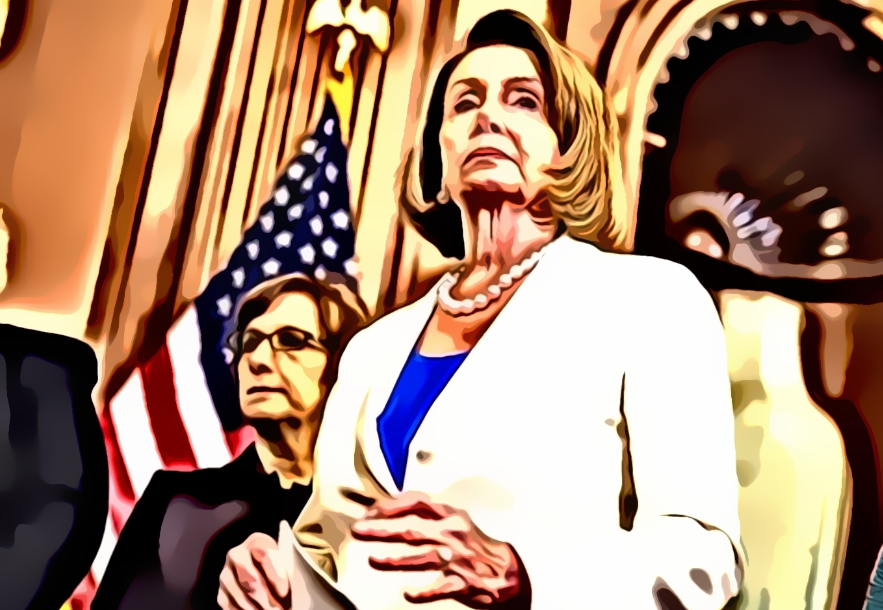 The US House Democrats meet today to pre-vote who should be "Speaker" of the House of Representatives. 78-year-old Nancy Pelosi is top of the leaderboard again but this time her run is not undisputed.

The Democratic Members of Parliament have some cause for joy. During the Midterm elections of 6 November, they gained 40 seats.

When the new House of Representatives gets together for their first meeting in January, the Democrats will have regained the majority for the first time in eight years. Furthermore, they do so with more female and younger MPs than ever before.

"If @NancyPelosi had not been the House Speaker in the 111th Congress, the Affordable Care Act would never have been enacted." https://t.co/qn7ZrnpbYM #TeamPelosi #ForThePeople #ProtectOurCare


A success that the long-time faction leader of the Democrats, Ms. Nancy Pelosi, claims to be partially responsible for, as no one collected as many donations as the 78-year-old party leader from San Francisco.

This is another reason why Pelosi wants to become "Speaker of the House" again.

"I'm the best person to get together and negotiate," she says. "And I will not answer questions on this topic."

For a long time, it was unclear how many Democrats would vote against her in the internal pre-ballot today. Sixteen MPs said in a letter that it was time for a "new leadership," aka someone younger.

In part, they say because the congressional elections were won with a "message of change."

And contrasting to that is the fact that the leadership of the Democrats in Congress has remained unchanged for 15 years, especially since the two deputies Pelosi assigned for her Congressional faction are also nearly 80 years old.

PELOSI will be nominated for Speaker today by a KENNEDY pic.twitter.com/DqVh9nIFGw


However, also unhelpful to Pelosi was the poisoned praise from US President Donald Trump saying he would "help Pelosi if she needed votes, I like her, she's strong and smart, she deserves to be a speaker."

For Trump, having Pelosi as an opponent in the House during the 2020 election campaign would be an ideal target.
Ms. Jahana Hayes, an incoming freshman Democrat from Connecticut who had called for leadership change, said that she was “not willing to make change just for the sake of making change. You can’t beat somebody with nobody, and the fact is that voting against Pelosi on the floor is a vote for Republicans,” she said.

The rebellion lacks a rebel

The party-internal rebellion is missing a rebel at the top, however, as political analyst Amy Walter commented: "they were like generals rushing forward and then realizing the troops were not following them."

As a result, Pelosi now stands strengthened before everyone else.

It is therefore expected that the ranks of their congressional party will close again because, in the end, all Democrats know that a quarreling majority faction would strengthen only Trump and the Republicans.

"I still think she's a toxic figure and an unpopular figure to definitely tie Democrats to," said GOP strategist Andrea Bozek, a former communications director at the National Republican Congressional Committee. "That's why you had a lot of Democrat incumbents and candidates during the campaign say that they weren't going to vote for her, which is sort of unprecedented."

The evil Democrats only gained seats for two reasons. Half of the people living in the US are not true Americans and don't care about our country but only what they can suck out of it. They are here illegally and should be sent back were they came from. They will vote for traitors who are hell bent on destroying our country. The other reason the democrats won forty seats is because despite the fact that the republicans had it made for the first two years of President Trump's presidency they blew it big time. They had a golden opportunity to take back America for true Americans. Instead they showed their true colors. They are in truth only loyal to lobbyists, corrupt businesses, and their own greed. Paul Ryan and Jeff Flake are among the worst of the lot. They are traitors and fake conservatives and should be sent to leavenworth to rote. They have committed great harm to our country and that will not be forgotten. Now that the liberal heathen have taken over the house nothing will get done; the country will be in gridlock until the commie liberals are out. One positive thought is no true liberal will enter the Kingdom of Heaven. No person at the time of their death who believes in abortion and homosexuality, fascism and dictatorship will receive everlasting life with God. At least there we won't be forced to tolerate their existence.

Pelosi is a fighter, Republicans fear her, but then again they fear everything. They want teachers with guns, potheads in prison, forced prayer in school, forced motherhood, no more minorities, Science outlawed and prefer fake businessmen who inherited their wealth and caught gonorrhea from prostitutes to run the country. Republican = low IQ .