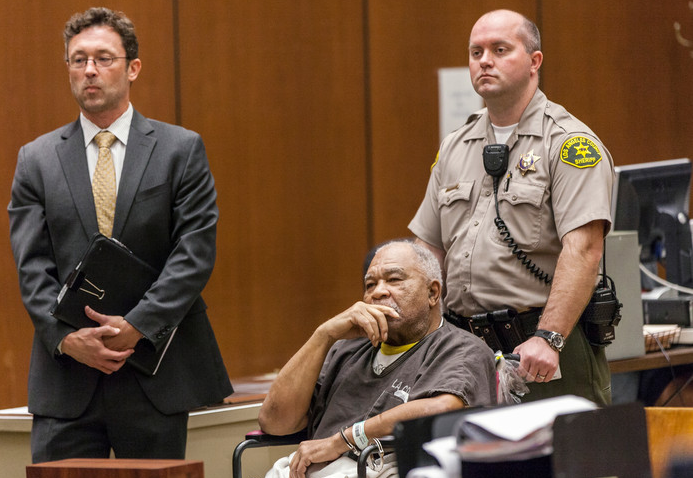 The FBI is investigating the statements of Mr Samuel Little, currently locked up in a Texas prison, who all of a sudden admitted to have committed no less than ninety murders during his lifetime. For the time being, the FBI was able to confirm his involvement in 34 of the cases already.

Samuel Little has been in prison for three murders for several years, but now says he has committed ninety. Because his victims often lived in the poorer areas of town, most of that killing spree apparently went unnoticed. Mr Little mainly killed African-American or Latino prostitutes or drug addicts.

I hope he confesses to all of them while in Texas , like Ted Bundy did to give closure to the families and investigations! #SamuelLittle https://t.co/p3qy5Gp7BX


The convict admitted that all murders took place between 1970 and 2005 in about fifteen states in the US.
According to the FBI, Little "remembers his victims and the killings in great detail" but is "less reliable, however, when it comes to remembering dates."

Some light was shed on an Opelousas cold case when Samuel Little admitted to the murder along with as many as 90 other women. https://t.co/XGguqf06J3


In some cases, the women were never identified and their deaths were not investigated.

"Little's method of killing also didn't always leave obvious signs that the death was a homicide," the FBI said.

"The one-time competitive boxer usually stunned or knocked out his victims with powerful punches and then strangled them. With no stab marks or bullet wounds, many of these deaths were not classified as homicides but attributed to drug overdoses, accidents, or natural causes."

The serial killer was arrested several times for theft and violence during his youth, but only in two cases was he ever suspected of involvement in murder. The cases date from the 1980s, when two young women disappeared: one in Mississippi and one in Florida. Mr Little was released for lack of evidence at the time.

Only in 2012 could investigators arrest him for murder. When he was questioned in the context of a drug case, his DNA could be linked to the murder of three women in Los Angeles between 1987 and 1989. During his 2014 trail, Mr Little declared he was innocent of the charges against him. Nevertheless, in 2014 he was sentenced to life imprisonment.

After four years of imprisonment, the man is now willing to cooperate with investigators.
The FBI had already reopened a number of old cases similar to the murders he committed in LA. Mr Little has been questioned since this spring, and because he would like to be transferred to another prison, he has severe diabetes and moves around in a wheelchair, he recently started confessing. According to the FBI, the man has a good memory and thus be able to provide many details.

If Samuel Little has indeed committed ninety murders, he could now bear the sinister title of largest serial killer in the US.

I was a state C/O for 19 years. Whenever we had a bug or serial killer type, the berth given them was wide, until they were found stuffed full of ice picks or bludgeoned like a mashed tater. Inmates hate killers, especially quiet leering ones, everyone thinks sex offenders are attacked in the can, but sex offenders are the majority in the joint.

Happiness, is a road, lined with wooden crosses with niggers nailed to them.

This proves that black people are not human. They are uncivilized savages that should either be left to their own kind in their own land or be caged like wild animals. Look at our prisons they prove it. We as Americans will never have peace until those creatures are gone. They have already committed genocide in south Africa and will do the same here in the USA if given the chance. The blacks should be sent back to Africa and what is left of the white South Africans should be shipped to the USA.