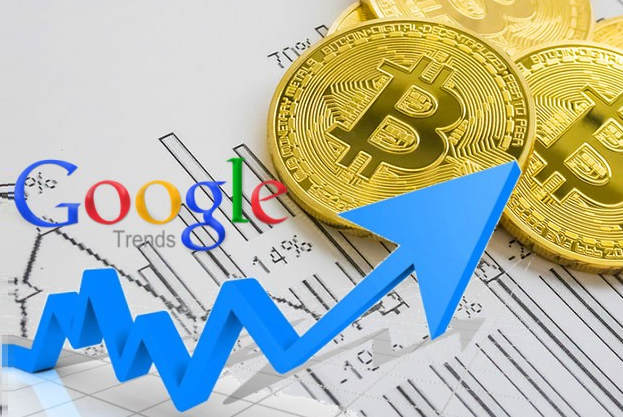 Marketeers know that as 90% of the world’s internet searches is performed using Google, it is interesting to keep an eye on said traffic in order to predict upcoming trends.

In most cases, it shows a relatively accurate reflection of how much a particular subject lives in western economies.

For example, the number of searches for Bitcoin had consistently dropped over the past eight months.

This is altogether not that surprising. At the end of last year, a gigantic media hype was built around the crypto market, which at that time was just starting to get worldwide fame.

Google searches for #Bitcoin are trending up again. pic.twitter.com/aNPY2nnIFp


As a result of that, it looked like even your neighbor wanted to buy Bitcoin.

The value of the digital currency exploded and the interest of the average consumer soon followed suit.

Then, at the beginning of this year, the market collapsed. Ever since the highlight of December 2017, Bitcoin has had to return some 85 percent of its value to the unforgiving market.


Nevertheless, November 28 was finally a great day for the coin again. Bitcoin hadn’t increased so much in value since 12 April. Although today is once again a downer, technical analysts are hoping to perceive a recognizable formation, but more on that later.

It seems that with this upwards trajectory, or even bottom formation if you will, the interest of the mainstream media has started again. For the first time in eight months, search traffic for the term 'Bitcoin' started to rise again, leaving it top of the table for certain countrywide trends.

Similar terms like 'crypto’, ‘ethereum’ or even our own favorite ‘susucoin’ have not yet shown any green spots on the map which is Google trends as it seems that for the moment the focus remains only on Bitcoin.

Is it thus a short rebound in interest as a result of the price increase, or is an actual rally being built?

Survival
Even Mr Jeff Sprecher, Chairman of the New York Stock Exchange, emphasizes that Bitcoin always manages to survive in spite of five corrections over the past nine years: "Bitcoin has, in one way or another, always survived lows. There are thousands of other coins that you could argue that they are better, but Bitcoin still survives, triumphs and attracts attention."

We will know for sure next week apparently, when the head-shoulder reversal trend which has almost been drawn on the board of the most famous cryptocurrency is confirmed.

How is this possible?
We were repeadedly told Crypto coinage was dead just a few weeks ago.