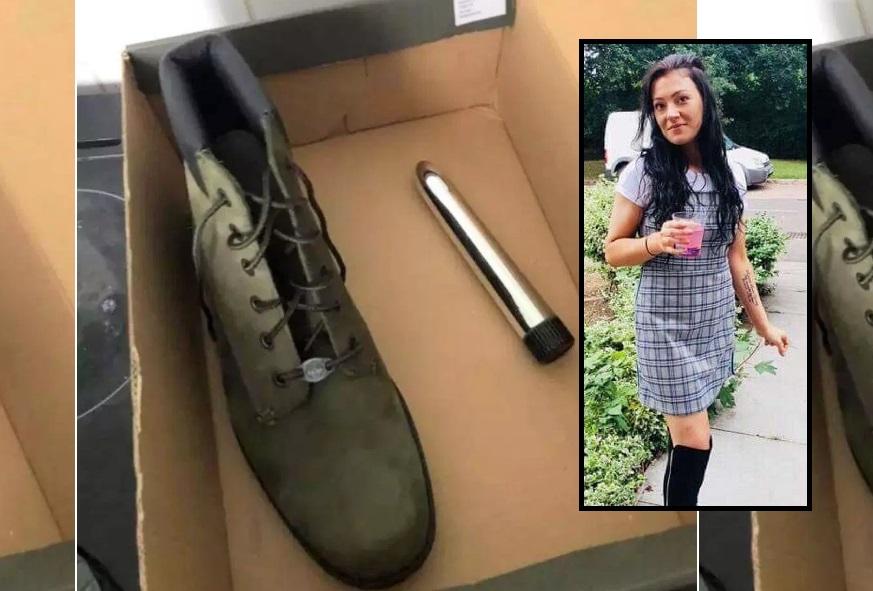 A young mother from Great Britain recently wanted to sell a pair of shoes on eBay, but she was surprised when she received a message from the buyer a few days later, asking her: "Did you happen to lose something?" It would appear she did.

As if that were not embarrassing enough, the buyer had not bought the shoes for himself, but for his wife as a gift.
"My husband bought this pair from you, for me. Did you happen to lose something?" The message to Kelly read.
"Maybe they thought I was joking," Kelly explained.

"I was afraid she thought I had done it on purpose because her husband told me it was for their anniversary."
One of the Timberlands served as a hiding place for the 15 centimeter long sex toy on batteries, but Kelly had forgotten that when she packed and sent the pair. A few weeks earlier, however, she had laughed at it when a girlfriend tried on the shoes.

“Funnily enough, my friend Kayleigh actually tried the shoes on a few weeks before. I remember her putting it back in the shoe and we nearly wet ourselves laughing.”


Young Kelly from Bracknell explained: “I was mortified. His wife messaged me directly – it wasn’t the customer himself. I don’t know if he even knew about it. I actually only got back to her yesterday because I was so embarrassed. I just didn’t even know what to say. I’m waiting for her to get back to me now.”

“I’m a bit nervous to open my inbox and check. I won’t be asking her to send it back in the post, that’s for sure.”

Nasty! I don’t want anyone’s used ebay shit any longer! Those shoes were her sex toy holsters, prolly lotsa dna inside them. Just think that drying rack for drinking glasses might have been used by some filthy bugger for drying out used condoms. Or maybe that dehydrator was used to dry poop? Gross!!

Small sized sex toys like that should be banned because they simulate child-sized penises.