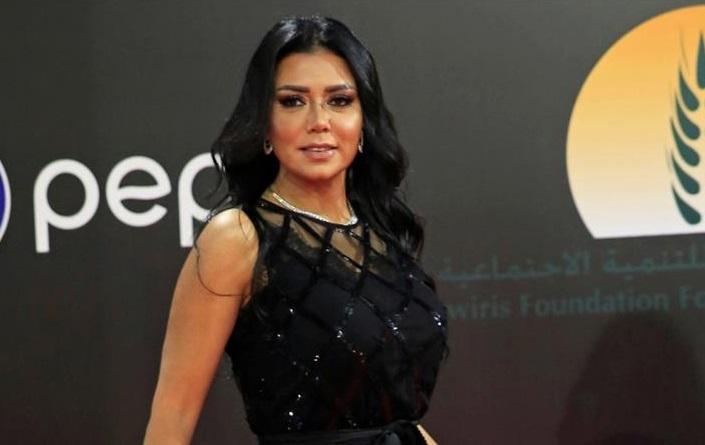 Egyptian actress Rania Youssef has been charged with "public obscenity" and risks five years imprisonment. Ms Youssef is accused of not showing respect for traditional Egyptian values and norms with a dress she wore at the closing ceremony at the Cairo Film Festival and turned.

On Thursday, November 29, 44-year-old actress Rania Youssef appeared at the closing ceremony of the Cairo International Film Festival in Egypt in a lacy, black, see-through outfit.

That was not to the liking of many of her countrymen and she was subsequently charged by two lawyers, Samir Sabri and Amro Abdelsalam, for "inciting" indecent behavior. If she is found guilty, she risks a prison sentence of up to five years. The case will be handled in January 2019.

Rania Youssef was charged with inciting “immorality and promoting vice”, after a group of lawyers made a complaint to the country’s chief prosecutor. pic.twitter.com/UYcY73B8D9


Mr Sabri, one of the lawyers known to charge celebrities, said her appearance "does not correspond to social values, tradition and morality" and that in this way Ms Youssef undermined "the reputation of the festival and of Egyptian women in particular."

A group of lawyers then took it upon themselves to submit a legal complaint against Rania for what they have determined to be too revealing for a dress. pic.twitter.com/PPBezxd04E


The syndicate for Egyptian actors and actresses also shares this opinion without mentioning Ms Youssef by name. They reiterate Sabri's point of view and add that it also undermines the union responsible for the behavior of its members.

Ms Youssef, a member of the union, apologized on Twitter to the many people she insulted with her appearance. "I have misjudged my choice of clothing. It was the first time I wore this dress and I did not realize how much anger I would provoke," she said. "I hereby confirm that I am faithful to the Egyptian values I grew up with," she added.
Last year, an Egyptian pop singer was sentenced to two years imprisonment for appearing in a video that was seen as provocative.

Why does goldwater block my conservative comments. Have they been taken over by the communist liberals?

I bet she wouldn't walk down the street in Egypt wearing it..

and the feminazis around the world remain silent...….

Egyptians know that an old THOT showing skin is a crime. Way to go, Acmed!

Now that's something I can agree with them on! I do wish the U.S. would consider a little in the way of modest dress. You don't have to cover from head to toe like an idiot, but at least cover your butt cheeks and boobs decently. I guess we have the movie industry to thank. That's where it seems to have started.