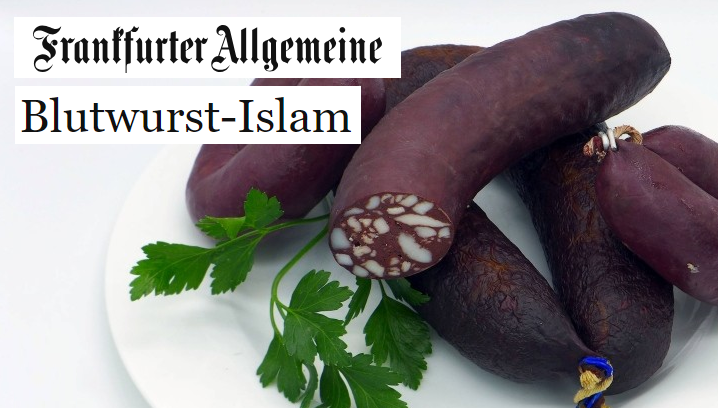 German Interior Minister Ernst Seehofer rose to power last year and was immediately strongly against Chancellor Angela Merkel’s immigration policy. Instead of bleeding support on the right, he wanted the CDU / CSU party to be more right-wing and take back the voters they had lost to the anti-immigrant AfD.

Last week, he hosted a conference on Islam in Germany from a centre in Berlin. Only problem for the international journalists who attended, is that Mr Seehofer decided to serve a typical German winter dish during the buffet break, namely blood sausage, or ‘blutwurst’, which is made of the ‘remainders’ of pork after all the meat has been cut from it.

A journalist of Turkish origin sent out a message on Twitter, which quickly went viral, asking: "A little respect for Muslims who do not eat pork would be appropriate."


Earlier this year, in an attempt to win back voters from the far-right Alternative for Germany (AfD) party, Mr Seehofer had stated that Islam did not belong to Germany because "Germany is shaped by Christianity."

The German Interior Ministry has been forced into an apology over the food choice that it said was selected for a “diverse religious attendance” at the event known as the German Islam Conference.

On the menu was blutwurst, known as blood sausage, which includes pig’s blood, pork pic.twitter.com/mxHNf2VaTI


"The Muslims who live among us naturally belong to Germany... That of course does not mean that we should, out of a false consideration for others, give up our traditions and customs," he said.


The anti-immigration AfD leader Ms Alice Weidel jumped in as well, stating that “Tolerance starts with where the ‘bloodsausage’ next door is simply seen as what it is: a German specialty that you do not have to like but that we, as well as our way of life, will not let you take away from us.”

All the muslim crybabies have to say is “No thank you” and respect German culture, what pussies muslims are.

Wonderful. Immigrants are welcome in the Christian world, but should remember, They are in country's where all the laws and customs are different than what they are accustomed to. They cannot demand, we bend to their will. Respect runs both ways. I believe most Christian's are accommodating to the extreme. But Muslims take affront to so many of our Christian values.

Imagine the tables are turned. There are strict Islamic theocracies where you can be arrested for talking about the Bible. Drinking alcohol or women not wearing hijab can result in prison time. Let's not get started on homosexual executions. Thing is, if you move somewhere you can keep your culture but should be assimilated somewhat in the public sphere.

Serve pork around them always. Make a point of rubbing the greasy pork renderings into your hands, then go make happy smiles & insist they shake your hand.


Just beware of the muslims left hand, for many do not use paper & that is the customary shit wiping hand.

Show the left hand and the soles of the feet to muslims, for it is akin to a big f-bomb or worse. As they shit on the ground & wipe with the left hand. Making the feet & left hand unclean & a horrible insult to give.


Glad to hear there are still some Germans with a pair!

ok this made me laugh, really laugh. bravo! you gonna eat all that?

Muslims are worse than vegans in continually reminding you what type of food they wont eat.
We dont care about what you want to eat. Get the fuck over yourself.

Germans: PLEASE stand your ground on National customs and traditions as well as your many religious traditions and practices. Without your stand globalism WILL rule and you will no longer be GERMAN You will be Muslim/Islam whether you like it or not!

The Germans should have offered an alternative like bratwurst, or better yet a pit roasted pig with all the fixins!