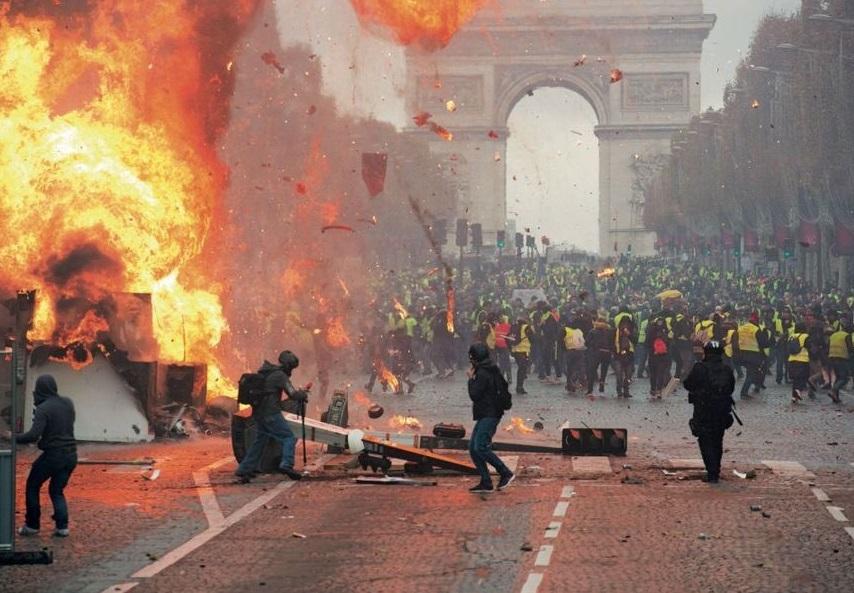 The blossoming 'bromance' that once was between French President Macron and US President Trump seems a thing of the past after POTUS retweeted a Charlie Kirk message stating that the people in Paris are chanting “We want Trump.”

French media reacted with great anger to the retweet as it turns out to be … fake news.

The news picked up by the conservative commentator and retweeted by the US President never took place in Paris.

America is booming, Europe is burning

“We want Trump” being chanted through the streets of Paris


Conservative commentator Charlie Kirk angered European media yesterday when he stated that “There are riots in socialist France because of radical leftist fuel taxes. Media barely mentioning this. America is booming, Europe is burning. They want to cover up the middle class rebellion against cultural Marxism. “We want Trump” being chanted through the streets of Paris.”

And it got worse when US President Trump retweeted those statements to his 55 million followers.

French politicians were eager to point out that France is not ruled by the socialist party as Macron ran on a centrist platform (which would be denominated as Liberal in the US) and that the ‘we want Trump’ video was actually filmed in London.

It was the French press agency AFP that first started checking the information to which Mr Kirk pointed. The video placed on 2 December on Twitter and shared at least 17,000 times indeed showed people chanting ‘we want Trump’ in European streets.

But the video does not appear to be filmed in Paris, but in London, and dates from June. The images, on which a typical London double-decker bus can be seen and in which people with a British accent are calling for Trump, were recorded during a pro-Trump demonstration.


Trump furthermore mocked the concessions of President Macron to the 'gilets jaunes,' saying he would suspend the tax increases on fuel.

I am glad that my friend @EmmanuelMacron and the protestors in Paris have agreed with the conclusion I reached two years ago. The Paris Agreement is fatally flawed because it raises the price of energy for responsible countries while whitewashing some of the worst polluters....


The US President states that this proves he was right to withdraw from the Paris climate agreement.

....in the world. I want clean air and clean water and have been making great strides in improving America’s environment. But American taxpayers – and American workers – shouldn’t pay to clean up others countries’ pollution.


The French government hopes that yesterday’s concessions will be enough to stop the violent protests. The ‘gilets jaunes’ had earlier called for another Saturday protest in Paris.

They not only need to be suspended but vacated from existing. Nullify the opportunity to reinstate them!

The Jaunes need to double down. When the enemy is on the ropes, finish it

I don't even understand how I ended up here, however I assumed
this submit was once great. I do not know who you're but definitely you are going to a
well-known blogger if you aren't already. Cheers!