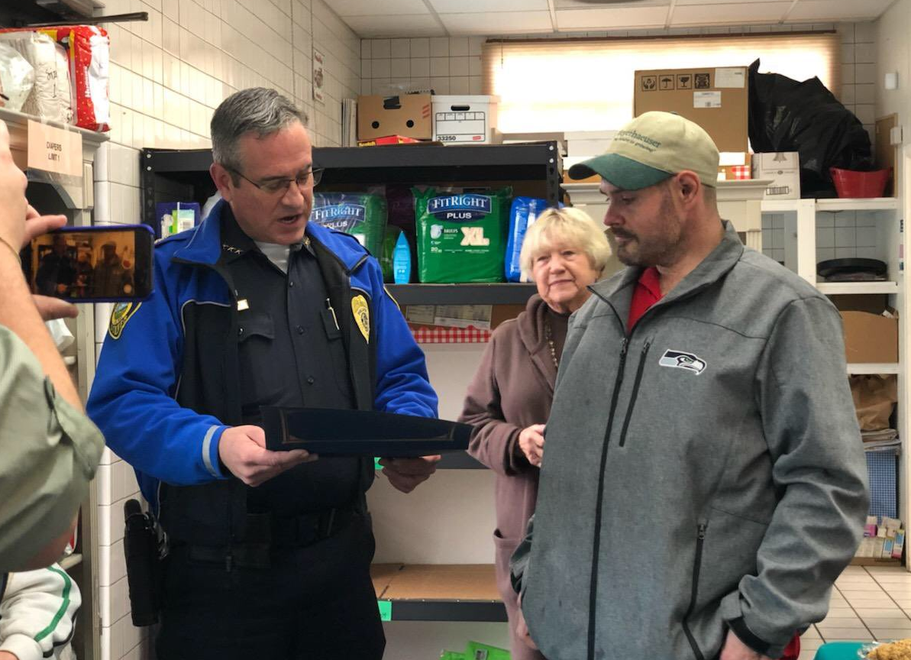 A homeless man from the town of Sumner (near Seattle), has proven his honesty beyond any reasonable doubt.
When 32-year-old Kevin Booth hungrily went to the local food bank one morning, he noticed a paper bag in front of the door, with a large amount of cash in it.

Mr Booth was actually looking for the bread that the food bank put out at night for people who need it.

"I saw something at the door and wondered what it could be," the man told local newspaper The News Tribune. When he looked into the bag, he saw money. Lots of money.

"I was wondering what I would do," he explained. "Take it with me or not."

He did not know how much it was, but he knew it was not his. And that's why he decided to wait until the Sumner Community Food Bank opened to hand in the money. 20 minutes later he told them about it and handed over the bag to the first volunteer who opened the door at half past eight.

"He said the paper bag was for me and someone had left it at the door," said Anita Miller.

She first thought that there would be food in it, but soon realized she was wrong and called the police. It turned out to be no less than 17,000 dollar, in bills of 20 and 100 dollars, neatly divided into packages.

Kevin Booth is being rewarded for his honesty. The homeless man found $17,000 outside of Sumner Community Food Bank, and waited for doors to open so he could return it. He was honored last week. 📷courtesy @CityOfSumnerWA pic.twitter.com/7pp2Kk0cfd


The Sumner police took the money and opened an investigation. The security camera of the food bank did not help the investigators, because it did not work properly and there was nothing to see that gave an indication about the owner of the bag. There also appeared to be no robberies in the neighborhood. Whose money it was, remained a mystery.

Last week, the 90 days passed when the owner could report the money as missing and therefore the police donated the money to the food bank where it was found. Mr Booth was honored for his honesty. "Not everyone would have done the same in your place," according to police chief Brad Moericke, who also stated that the homeless man had clearly realized that more people would enjoy the money if he gave it to the food bank.

Staff at the food bank say Kevin Booth is homeless and has been coming to the food bank for the last five years. https://t.co/QbzoKnmRMc


The food bank will occasionally give him gift cards out of gratitude to buy food and clothing and will keep an eye on him so that he can get through the winter. No luxury, because Booth lives in a tent in the forest and refuses any form of shelter.

He is Homeless (living in a tent) so what good is a piece of paper calling him a honest hero?

Total crock! The person who finds it and turns it in, receives it when it is not claimed. The homeless man should have gotten the total amount!!! WTF???!!!

They screwed the homeless guy royally!!!

in this case, honesty did not pay.

Some people literally do not give a shit about money. This guy is obviously one of those people. He lives in a tent in the woods and refuses shelter.