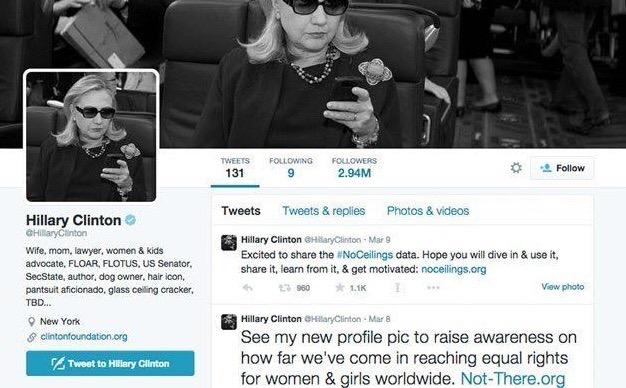 Judicial Watch issued a statement highlighting the judge’s concerns with how the current administration is handling the case.

… the Court ORDERS the parties to meet and confer to plan discovery into (a) whether Hillary Clinton’s use of a private email while Secretary of State was an intentional attempt to evade FOIA; (b) whether the State Department’s attempts to settle this case in late 2014 and early 2015 amounted to bad faith; and (c) whether State has adequately searched for records responsive to Judicial Watch’s requests.

Terming Clinton’s use of her private email system, “one of the gravest modern offenses to government transparency,” Lamberth wrote in his MEMORANDUM OPINION:

… his [President Barack Obama’s] State and Justice Departments fell far short. So far short that the court questions, even now, whether they are acting in good faith. Did Hillary Clinton use her private email as Secretary of State to thwart this lofty goal [Obama announced a standard for transparency]? Was the State Department’s attempt to settle this FOIA case in 2014 an effort to avoid searching – and disclosing the existence of – Clinton’s missing emails? And has State ever adequately searched for records in this case?

At best, State’s attempt to pass-off its deficient search as legally adequate during settlement negotiations was negligence born out of incompetence. At worst, career employees in the State and Justice Departments colluded to scuttle public scrutiny of Clinton, skirt FOIA, and hoodwink this Court.

Turning his attention to the Department of Justice, Lamberth wrote:

The current Justice Department made things worse. When the government last appeared before the Court, counsel claimed, ‘it is not true to say we misled either Judicial Watch or the Court.’ When accused of ‘doublespeak,’ counsel denied vehemently, feigned offense, and averred complete candor. When asked why State masked the inadequacy of its initial search, counsel claimed that the officials who initially responded to Judicial Watch’s request didn’t realize Clinton’s emails were missing and that it took them two months to ‘figure [] out what was going on’… Counsel’s responses strain credulity. [citations omitted]

The Court granted discovery because the government’s response to the Judicial Watch Benghazi FOIA request for Clinton emails “smacks of outrageous conduct.”

Citing an email (uncovered as a result of Judicial Watch’s lawsuit) that Hillary Clinton acknowledged that Benghazi was a terrorist attack immediately after it happened, Judge Lamberth asked:

Did State know Clinton deemed the Benghazi attack terrorism hours after it happened, contradicting the Obama Administration’s subsequent claim of a protest-gone-awry?

Did the Department merely fear what might be found? Or was State’s bungling just the unfortunate result of bureaucratic red tape and a failure to communicate? To preserve the Department’s integrity, and to reassure the American people their government remains committed to transparency and the rule of law, this suspicion cannot be allowed to fester."

Makes me so angry every time I read about this issue. Democrats are all about the police state for people they disagree with politically, but apply different standards to themselves! Grrr - thanks for the caffeine-free charge up this morning Lexus!

YEAH WELL I REMEMBER THE TIME HILLARY AND HER STATE DEPARTMENT COVERED FOR AN AMBASSADOR WHO WAS DIDDLING MINORS. THAT WAS RIGHT ON TV NEWS BEFORE IS BOUGHT OFF FAKE NEWS. WAIT UNTIL IT COMES OUT HOW SHE WITH MANY OTHERS WERE TRAFFICING CHILDREN, AND THAT SHE AND OTHERS ARE BLOODSUCKERS OF THE VAMPIRIC KIND. ADRENOCHROME IS REAL. SIC MF'S!!!! HANG EM ALL!!!!

How long will it take and how many more crimes will be committed before she has to answer for her actions!?!?

Bitch needs to go to Gitmo!

Hillary placed top state secrets into emails and then allowed them to be accessed by anyone who wished to be placing them in an unsecured platform. Treason.

Obama campaigned on "openness in government"...

We the People are sick of the one sided bullshit! Her crimes are right out in the open, and serious enough to have her convicted of treason but we are still wasting our tax dollars on some witch hunt into our President. #NoDeals4HRC

Yeah--I think we are starting to hear more about Hildebeast because the investigation is complete. Great job Lexy!!!

If only Hillary is held accountable for ANYTHING!
I won’t hold my breath though.
Thanks for the news Lexy...

Finally a real Judge. Not one of Obama’s corrupt buddies. Could it be we may see Justice afterall? Hillary for Prison, still has a nice ring to it.