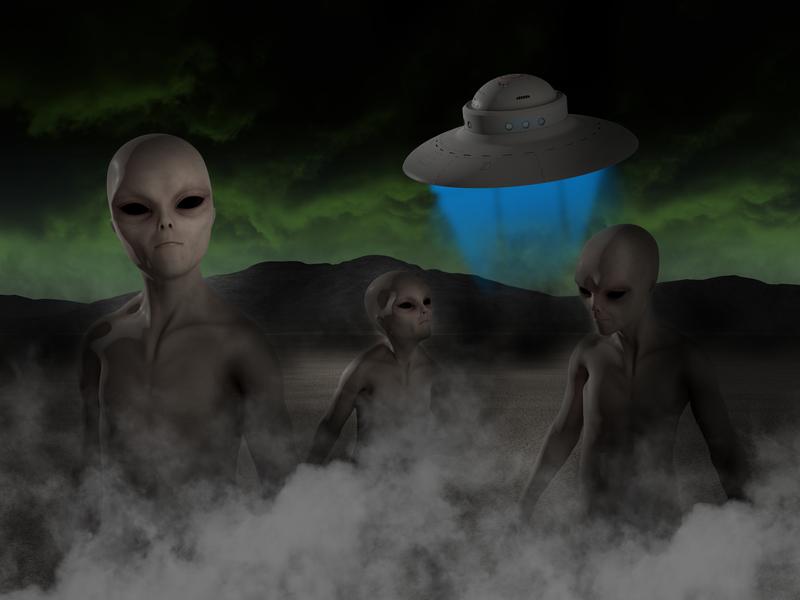 NASA Scientist Says Aliens May Have Already Visited the Earth


In a paper published on Monday, Silvano Colombano, a researcher at NASA’s Ames Research Center in Mountain View, California says that scientists in the search for extraterrestrial intelligence, or SETI, have to rethink previous assumptions about extraterrestrial life including that aliens would be carbon-based.

Colombano asserts instead: “I simply want to point out the fact that the intelligence we might find and that might choose to find us ( if it hasn’t already) might not be at all produced by carbon-based organisms like us.”

He goes on to argue that extraterrestrials, in fact, could be an “extremely tiny super-intelligent entity.”

Colombano also described that the aliens could even ultimately be “robotic” in nature.

The researcher’s paper was submitted as part of SETI’s Decoding Intelligence workshop.

He also challenges other previously held assumptions including the idea that “interstellar travel is impossible or highly unlikely”, also that we have not been graved by the presence of aliens already and that aliens would use radio waves to communicate.

Colombano proposed as part of his conclusion that scientists “stretch possibilities as to the nature of space-time and energy” in future SETI research.

He asserts: “If we adopt a new set of assumptions about what forms of higher intelligence and technology we might find, some of these phenomena might fit specific hypotheses, and we could start some serious inquiry.”

Social media users have some hilarious reactions to the said news.

I’m sure at this point they lock the doors when driving past Earth. None of them want to come back 🤦🏽‍♀️

Out of all of the planets in the solar system, y’all can’t think it’s just earthlings who exist. Of course they’ve visited. William Cooper tried to tell yall🤷🏾‍♀️

i hope the aliens come here and set their death-ray on "KILL".

I always wondered if viruses were alien visitors? They look like tiny spacecraft, some can withstand the vacuum and cold of space and remain viable indefinitely waiting for a host.

Yeah, okay. Funny that NASA, in Hebrew, means to deceive. Aliens are a straight up lie. They are fallen angels/demons, not aliens.

BTW, NONE of those "earth" pictures are real. Every image they put out, by Nasa's own admission, are nothing more than fake, composite pics. Where is all of the supposed space debris? Where are all of the reflections from the space debris. They NEVER went to the moon. They claim they "lost" the technology, yet they have supposedly been building on it for nearly 60yrs. Lie, lies and more lies. They rape us of BILLIONS and give fake pics and lies. Wake up people. Gravity is a sham and the earth is not round. Water cannot stay on a ball and if gravity created enough force to keep water on a ball, you would NOT be able to move around, PERIOD. You would be pinned to the surface. Use your brains.