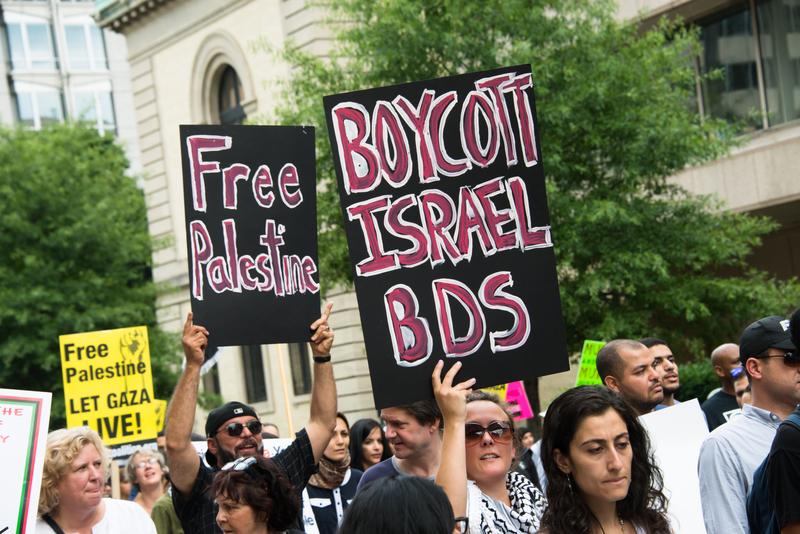 The Israeli government is seeking to fight the funding of pro-Palestinian news venue +972 magazine and has asked the German government to "fundamentally rethink" its support for several human rights organizations in Israel.

Two foundations, in general, were under fire for their support but they have pledged to continue in their financial support. According to +972, the total contributions from the Heinrich Böll Stiftung and Rosa Luxemburg Stiftung foundations made up only 9% of +972's overall 2018 budget as of September. 40% of +972's budget is paid for by donations from readers.

Die Tageszeitung reported the contents of the seven-page letter to the German government warning of non-governmental organizations intervening in Israeli affairs, specifically the human rights crisis in Gaza. One complaint against +972 was that it flouted Israeli interests as “the authors regularly accuse Israel of apartheid.”

The timing is interest as it comes at a time a bill that would criminalize support for the Israeli Boycott, Divest, Sanction (BDS) movement that seeks to end Israeli apartheid by financial means.


The Heinrich Böll Stiftung foundation defended their actions in a statement through a spokesperson who spoke with Die Tageszeitung, "Unfortunately, we have been seeing for some time that the pressure on NGOs critical of certain policies of the Israeli government is increasing. [An attack on a] critical magazine like +972, which reflects Israel’s diversity of opinion, is also an attack on the well-known journalists of Israel.”

The letter also mentioned groups like the Coalition of Women for Peace, Breaking the Silence and B'Tselem which were supported by other German foundations.

The German government has neither confirmed nor denied whether the letter was sent directly by the Israeli government or through some proxy. Israel's Ministry of Strategic Affairs denied having anything to do with the letter when contacted by the paper.


+972 Magazine is owned and operated by a group of Israeli and Palestinian writers and published by the non-profit "972 - Advancement of Citizen Journalism," which also publishes Hebrew-language news site Local Call in collaboration with Just Vision.

This is just another example of Israel trying to wage financial war against those who oppose the occupation. There is some dark, irony to be found in seeking to cut funding in fear of the same happening to you. Israel has strived to fight negative media coverage within its borders and worldwide by supporting legislation and associating any criticism of the country as genocidal, hate speech.

The EU recently adopted suggestions regarding the definition of anti-Semitism issued by the International Holocaust Remembrance Council. Israeli Prime Minister Benjamin Netanyahu, who recently called anti-Zionism the new anti-Semitism, wanted the definition to include criticism of Israel, including criticism for war crimes and atrocities related to the occupation of the West Bank.

Due to the ability for Israel to hide behind the banner of anti-Semitism concerned some EU countries so the IHRA's definition to be considered a "guidance tool" rather than a strict rule.

“Drawing comparisons of contemporary Israeli policy to that of the Nazis,” was included as an example of modern day anti-Semitism in the IHRA document. Another example describes "stereotypical allegations" regarding Jews "especially but not exclusively, the myth about a world Jewish conspiracy or of Jews controlling the media, economy, government or other societal institutions."

Meanwhile, in the US, the Israel Anti-Boycott Act would criminalize protests and boycotts of Israel. All this despite the fact that the Supreme Court has ruled that boycotts are protected as free speech in 1982's NAACP v. Claiborne Hardware The revised Israel Anti-Boycott Act has been amended to no longer prescribe lengthy prison sentences for engaging in a boycott of Israel. The first draft also would have allowed investigation of a person if they spoke negatively about Israel.

According to the ACLU this is just one of many recent examples of laws being passed or proposed that would limit the freedom of the press and free speech and expression both online, offline and in the form of protests and boycotts. Kansas recently agreed with the ACLU that a proposed bill violated the First Amendment.


+972 stated how discovering they were specifically targeted for deplatforming by the state of Israel only strengthened their regard,
"We at +972 Magazine have never believed that the Israeli government was a supporter of our work, and we will continue to conduct fierce, independent journalism determined to end the occupation and advance human rights and democratic values in Israel-Palestine."

good for Kansas and the ACLU , in-agreement stay fierce !