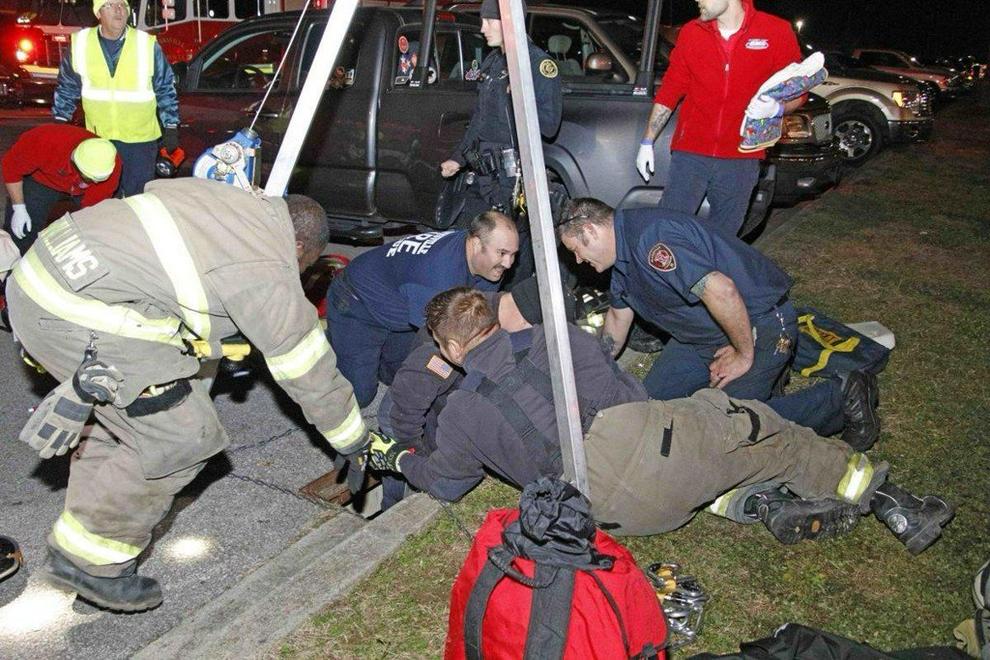 A mother and her toddler were walking through Rossview High School’s back parking lot when they horrifically fell into a sewer gate and tumbled down around 20 feet down. What could have easily been a tragic incident turned into a decisive rescue for the beleaguered mother and child.

Woman Who Fell Into Storm Drain With Her Baby Rescued in Tennessee https://t.co/A4sGMvqtv3 pic.twitter.com/ZXO9Q7ztmd


A concerned citizen called 911 to request a quick rescue for the mom and toddler.

Fortunately for the mother and child, the rescue came fast. Clarksville Fire Department responded quickly with all the intention of saving the mother and her child.

It took about half an hour for the first responders to rescue the woman and her child. Randy Ellis with the Clarksville Fire Department said: “The baby was pretty excited, which is a good thing, especially from a distance that far. You want to hear the baby crying and that’s what it was doing. That was good news to hear and see that.”

An ambulance also quickly arrived to bring the child to the hospital. Thankfully, the baby only sustained a scrape but is expected to be fine.

The mother, on the other hand, was flown to another hospital. The extent of her injuries have yet to be established for now, but local media reports say she is at least conscious, talking and did not appear to have suffered from any serious injuries.

A spokesperson with the Clarksville-Montgomery school system says concerned officials have launched a formal investigation into the incident, and that every storm grate on each campus has been investigated.

It is not clear if the school system will have any accountability for the accident involving the mother and child, or if the mother is even interested in filing charges.

Deputy chief for fire department Ray Williams for his part stressed the importance of calling 911 in case of emergencies, like what the caller did that ultimately saved the mother and child.

Williams said: “To anyone out there, if you see something, call it in. It doesn’t make a difference how many times it’s called in. Just call it in. At least you know yourself you called it in.”