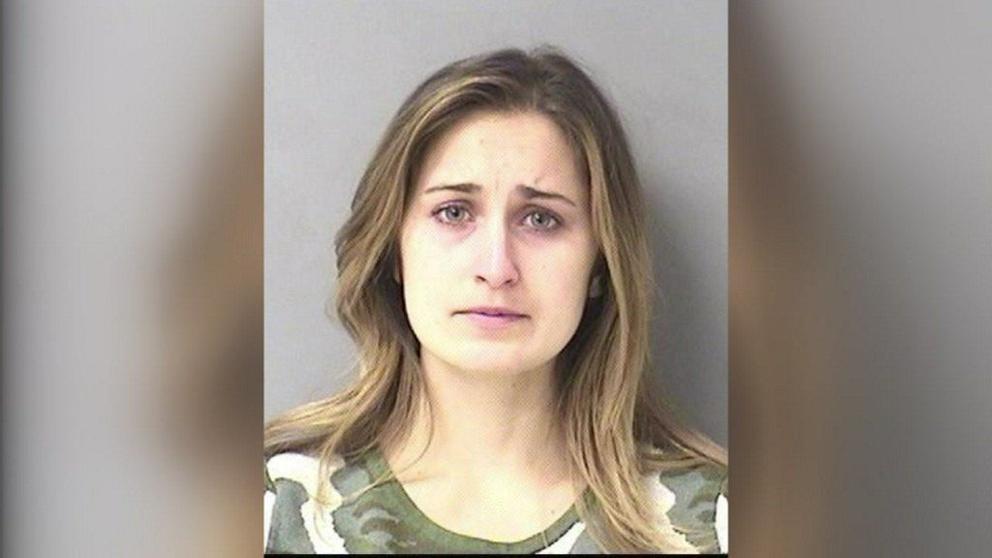 A former beauty queen who is a teacher in a West Virginia school was accused of inappropriately sending nude photos of herself to a 15-year-old former student.

It was the teen’s parents who discovered the lewd photos on their son’s phone. The parents then filed a criminal complaint against the former beauty queen who served as the boy’s teacher when he studied at Andrew Jackson Middle School.

The photos were sent via Snapchat.


Now, the ex-Miss Kentucky has been charged for the indecent act. She has been identified as 28-year-old Ramsey Bearse.

Bearse was arrested Friday and charged with four felony counts of distributing or displaying obscene matter to a minor. Bearse was an eighth-grade science teacher at Andrew Jackson Middle School in Cross Lanes, West Virginia.


Bearse was crowned as Miss Kentucky in 2014, using her maiden name of Carpenter. She advanced to the 2015 Miss America pageant in Atlantic City and even landed a spot among the top 12 semi-finalists. She also won the preliminary talent competition for her bluegrass fiddle playing.

She has been married to a coal mining executive since 2016.

A spokesperson for Kanawha County Schools confirmed that Bearse was a teacher at the said school. The spokesperson, however, declined to comment on the case. It is not clear if the school also took some disciplinary actions against Bearse when the boy’s parents discovered her indecent act.

Officials confirmed that Bearse was released from custody after posting a $10,000 property bond.