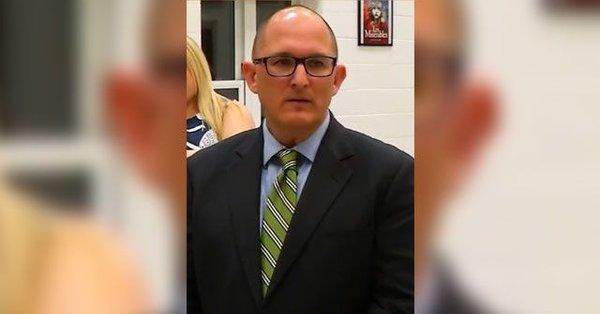 A Virginia high school teacher refused to call a transgender ninth-grade student using the male pronoun and insisted on still referring to the child’s biological gender. It was a conscious decision on the part of the teacher owing to his Christian beliefs. But he paid a huge price for his faith-based move as he was fired by the school for “insubordination.”


It all started when the student’s family informed the school system that their child has “transitioned to male.” The school obviously agreed to the new gender of the kid and agreed to refer to the student by ‘his’ preferred gender pronoun. The teacher, however, stood his ground.

In one instance, the teacher still referred to the child using the student’s biological gender pronoun as he cautioned the child and asked other students to stop “her” when the kid was about to run into a wall.

Because of the said “slip-up”, the teacher was called by school officials into a meeting. The teacher stood his ground and stated his refusal to use male pronouns on the child because to him he is still a girl. The teacher’s hard stance earned him a suspension referral for disciplinary action.

On Thursday, the West Point School Board voted unanimously to dismiss French teacher identified as Peter Vlaming. The board arrived at the decision to fire the 47-year-old teacher after a four-hour hearing attended by a huge crowd.

The West Point School Board voted unanimously on Thursday to approve the termination of a French teacher at West Point High School, Peter Vlaming, who was at the center of a transgender controversy at the school https://t.co/6oqdoD12j9

Vlaming earlier told his superiors that his refusal to call a transgender student by the kid’s preferred pronoun because of his Christian faith. The student was also in his class the year before, back when she still clearly identified as female.

The teacher’s lawyer, Shawn Voyles, said that his client was not being unreasonably stubborn about the issue and that he even offered a compromise solution to the problem without having to sacrifice his Christian beliefs. Voyles said Vlaming offered to refer to the student by the kid’s given name and promised to avoid using feminine pronouns. The lawyer said that the school, however, was unwilling to accept the compromise.

West Point High Principal Jonathan Hochman, however, stated that Vlaming’s refusal to call the child using male pronouns was noting short of cruel for the kid. He said: “I can’t think of a worse way to treat a child than what was happening.”’

West Point Public Schools Superintendent Laura Abel for her part described Vlaming’s stance as a form of “discrimination.” She added such led to a “’hostile learning environment”, and that both the child and the parents felt “disrespected” by Vlaming’s stance.

Voyles insisted that his client should not have been forced to speak something that violates his conscience.

Vlaming felt bad that his proposed solution based on “mutual tolerance” was rejected. Instead, he described what the school did to him as “coercion” instead of “tolerance.”

The French teacher is considering a legal appeal. He said: “I have to research how we would do that, what that would entail. I do think it’s a serious question of First Amendment rights.”

Some student staged a walkout in support of Vlaming.

RIGHT NOW: Students at #WestPointHS hold a walkout in support for Peter Vlaming, the teacher who was fired yesterday for allegedly declining to use the proper identity pronouns for a transgender student. #VAnews #NBC12 pic.twitter.com/UrfhWfCDcV


Many have also taken to social media to defend and support Vlaming.

Regardless of his recent demonizing, Peter Vlaming is an incredible man with great morals and a massive heart. Go help him and his family out in a time of need ‼️‼️ https://t.co/PwunZDCffn

When French teacher Peter Vlaming refused to use a male pronoun for a female student, administrators gave him a choice: lie or lose your job. #gender https://t.co/lIZzmsi1V6

XX = girl, XY = boy. math complete regard no other genders

LIARS OF THEIR FATHER SATAN
Isaiah 5:20 King James Version (KJV)
20 Woe unto them that call evil good, and good evil; that put darkness for light, and light for darkness; that put bitter for sweet, and sweet for bitter!

THESE ARE THE SIGNS OF THE LAST DAYS

If we give into their nonsense, were done. Keep resisting the Lie