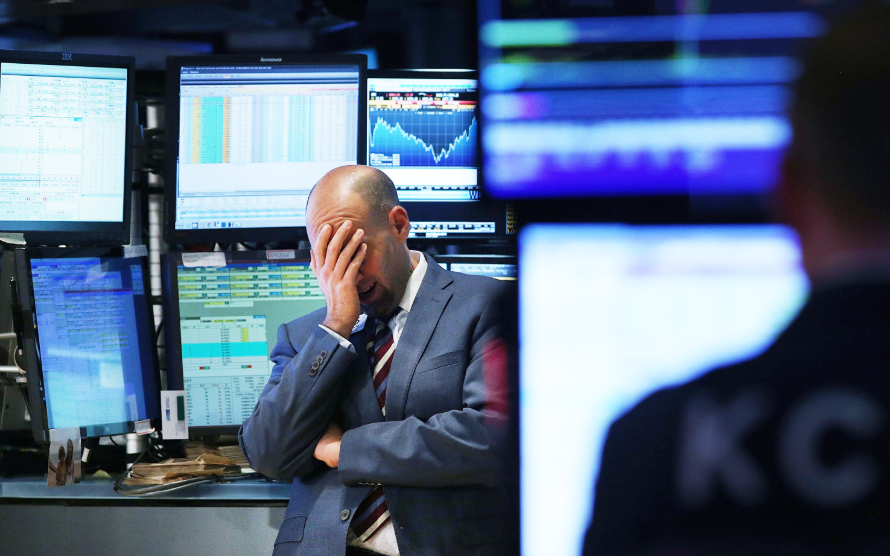 The arrest of the Huawei CFO keeps headlining economic news and pulling markets further down. The fact that the stock exchanges are in the red for the year must also cause non-investors to fear because they are the frontrunners of what lies ahead. The question is what the current market bloodbath forebodes: a slowdown in growth or a full-blown recession.

The stock markets are on a worldwide loss. The yo-yo effect still plays along but the underlying trend is clear: losses are inherent for the year.

What is already certain: an end-of-year rally, the phenomenon in which the prices of the stock markets draw a last sprint worldwide just before the end of the year is probably a distant dream this time round. Investors seem ready to throw in the towel and flock to the exit en masse.

The reasons are diverse and explainable: the trade and technology war between the world’s two superpowers (the United States and China) got an extra push this week with the arrest of a top figure at Huawei.

The American economy starts to show signs of fatigue after a prolonged period of healthy growth. Jobs are still being created, but less than expected. It is a challenge for the US central bank, the Fed.

Chairman Jerome Powell will normally raise interest rates on December 19, but monetary observers expect this to be the last time for a long time. The White House has been quite critical of Mr Powell this year and many expect President Trump to replace him next year.

If we get a recession from this, it will be a very well-telegraphed recession. Everyone knows it's coming https://t.co/Ay42JH2eHF via @bopinion pic.twitter.com/cIJPSZcnI1

The layoffs at General Motors are said to only be a forebode of what is to come.

The Chinese economy also shows signs of exhaustion. At the same time, the Chinese debt mountain has grown considerably. No less than 70 percent of all loans worldwide have been provided in China in recent years. It is feared that the Chinese debt mountain will reach 290 percent of GDP in five years' time. The International Monetary Fund (IMF) even speaks of a Chinese 'debt volcano' and indicates that growth cannot be sustained indefinitely due to additional debts.

The European engine, a stable and slower growing economy is also sputtering. Even the stronghold of Germany, which as a train locomotive takes the entire Eurozone in tow, seems to be gasping for breath. The German automotive sector represents more than 14 percent of German GDP. Just that sector is preparing for some difficult years of having to pass from diesel to petrol and electric cars.

The main growth market for German manufacturers is China, and there the market for the sale of passenger cars collapsed by nearly 30 percent last month. If you know that Volkswagen sells 40 percent of its total annual production in China, and BMW and Daimler each about a quarter you understand the fear of a recession in Germany, which could have serious consequences for Europe.

its a start. ~ maybe they error-ed in land purchasing too.,,,