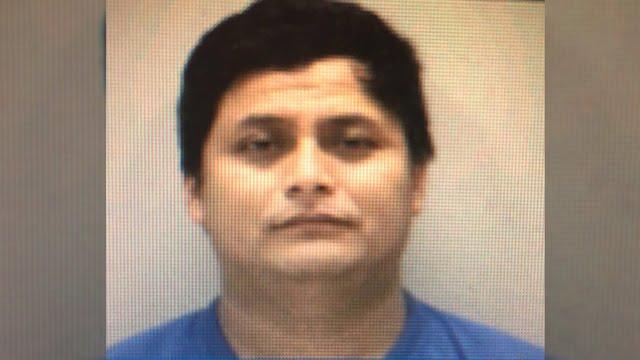 Police and the district attorney in Lebanon, Tennessee have brought charges against a lowlife illegal alien burglar, who authorities say broke into a home and raped a six-year-old girl.

Law enforcement says that 42-year-old Edwin Alfredo Velasquez-Curuchiche is an illegal alien who worked his way into the good graces of a Lebanon, Tennessee family.

Amidst doing various odd jobs for the family, Edwin Alfredo Velasquez-Curuchiche stole a key to their private residence in Weatherly Estates, according to local news affiliate WKRN Channel 2.

Curuchiche established a relationship with the family and their three children, which included a nine-year-old boy, a six-year-old girl, and an infant.

Curuchiche gave them video gaming systems alongside other electronic devices, taught them how to play the games, and offered to play with them when their father was not home.

In September, Curuchiche developed a ploy to trick the mother into letting him borrow her house key, after which he copied the key, without her knowledge, before returning it to her.

Later, he learned that the six-year-old daughter was running a fever and he took a bag of medicine to the mother and encouraged her to give the child an adult dose of Valium.

The parents of the child did not give the medication to their daughter, and Curuchiche later attempted to pay the girl’s nine-year-old brother to give her the medication.

On at least two occasions, the disturbing pedophilia obsession and criminal nature of Edwin Alfredo Velasquez-Curuchiche led him towards breaking into the residence while the family was asleep, according to prosecutors.

Each of the times Edwin Alfredo Velasquez-Curuchiche broke into the home he entered the bedroom of the family's six-year-old daughter and raped her, as reported by Fox News affiliate Channel 17 in Nashville.

The six-year-old child awoke during the night and went to her parent’s bedroom crying that someone had been touching her while she slept.

One of her parents checked her bedroom and finding nothing, they assumed the child was imagining things.

Later, the family returned home after a short trip to the store, where they couldn't find their daughter. That led to an emergency 911 call of a possible kidnapping.

After scouring the residence, the girl's father would find Edwin Alfredo Velasquez-Curuchiche and his six-year-old daughter being detained by the illegal alien under her bed. He'd apparently been trying to silence the girl so they wouldn't find him.

The father then proceeded to detain Edwin Alfredo Velasquez-Curuchiche inside the home until authorities arrived, for which he was arrested.

During interviews with the child, they'd discovered the disgusting criminal alien to have raped the young girl.

Later, it would be uncovered that Edwin Alfredo Velasquez-Curuchiche was in the possession of child pornography that depicted the same six-year-old girl, including videos and images.

Homeland Security Investigations and the Lebanon Police Department discovered that Edwin Alfredo Velasquez-Curuchiche was inside the United States illegally, and has been wanted on a deportation order since 2013.

Last year, Edwin Alfredo Velasquez-Curuchiche was sentenced to 50 years in a federal penitentiary on the production of child pornography charges, according to the Department of Justice.

“The defendant’s conduct here is among the most egregious that I have ever seen,” said Acting U.S. Attorney Jack Smith. “It is almost unimaginable that an innocent child and her family were subjected to such horrific acts by an intruder who masked himself as a family friend. The sentence ultimately imposed by the Court should ensure that the defendant never has another opportunity to victimize another child.”

This week, Edwin Alfredo Velasquez-Curuchiche entered a plea of guilty in a Wilson County district courtroom to two counts of rape. He was sentenced to served 25 years in prison on each count to run consecutive with his current 50-year prison sentence.

Edwin Alfredo Velasquez-Curuchiche will never see the light of day, but the six-year-old child he raped will never be the same.

This case was a joint investigation with the Department of Homeland Security.

I would like to know how this monster broke out of prison and why federal authorities failed to apprehend him. It is impossible to rehabilitate a child sex offender. The only reasonable punishment for a pedephile is death! Even the inmates in prisons can't stand these monsters. Obama and all the other evil politicians who opened the floodgates for these illegal aliens will face God's wrath with their fellow pedaphile mohamid. When will people realize that deep state republicans and liberal democrats do not care about Americans. Don't trust mexicans or south americans. Don't let them in your homes. These people are racists and want to exterminate you.

Another example of a poor immigrant just looking for amnesty. You all know we now have to allow our daughters to be victims of rapeugees otherwise we are just racists and bigots according to the dumbocraps.

Keep embracing illegals!!! You know, those that don't believe in obeying LAWS?? Idiots!

Hi, i checked out your site and i thought you might be interested in our services aswell,
We offer turnkey ready to launch online sports betting software, poker, online casino, table games, bingo and keno!
All with real money gambling and ready to go payment gateways and also crypto currency options.

You can launch your own sportsbetting and / or casino website online within 48 hours.

Have a look at our site