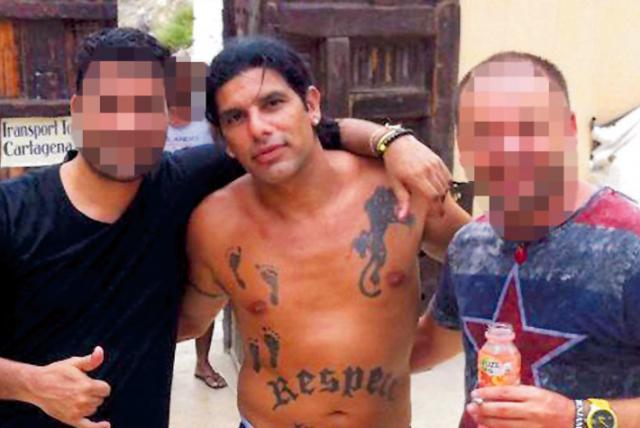 There's disturbing news surrounding a worldwide child sex trafficking ring that's been shut down by Colombian authorities that investigators say was run by 12 citizens of Israel who had sex slaves as young as three-years-old.

Thus far, a total of six Israelis and two Colombian nationals are now in custody as per a report from The Daily Caller.

The fourteen total individuals who are said to have organized the child sex trafficking ring would target recently discharged Israeli military service members and elite businessmen for their clientele.

The Office of Colombia's Attorney General is overseeing the investigation, according to reports.

Israeli media outlet Haaretz reports that the majority of the ring’s customers were Israelis traveling abroad.

Those customers were then provided with “tourism packages,” which included underage prostitutes and mature sex workers.

Footage from a covert raid on the headquarters used by the Israeli men to operate their illicit child sexual abuse industry has made its way to social media.


Those currently in custody are facing a multitude of charges against them, including murder, conspiracy, human trafficking, trafficking in minors, drug manufacturing, providing prostitution services and money laundering.

Uncertain details of the alleged violence these criminal Israeli power brokers have yet to surface.

At least 150 billion pesos ($47.3 million) worth of property and assets used and utilized by the child sex trafficking Israelis has already been seized, according to the Colombian Attorney General's Office.

The entire operation was blown out of the water when the murder of Israeli Shai Azran occurred in Medellin, Colombia back in 2016.

That suspect is none other than 44-year-old Israeli citizen Assi Ben-Mosh, who'd remained inside Colombia since around 2009, fleeing drug trafficking investigators for a similar operation in the Netherlands.

A series of raids began a nearly two-year-long manhunt for the Israeli kingpin, piece by piece destroying his entire operation.

Israeli crime lord Assi Ben-Mosh and his suspected gang of international Israeli gangsters have now been stopped, and authorities have leads on the few escaped members who remain at large.

Assi Mosh was found guilty of running an illegal drug & child sex resort in Taganga, known as "little Israel," that was open only for Jewish tourists.

Assi Mosh is also well-known in the International world for his relationship with several illegal drug and sex networks, of which he has been found guilty several times.

At this time of capture, Assi Mosh told the authorities he knows very powerful people and that he would be back in no time. His lawyer says that Colombian laws do not allow for his deportation.


If you see something, say something.

Another example of our Jewish friends helping people in need I guess. How do people become such animals??

This is why we need another Holocaust

Donny 92579
What do u mean another
Holocaust.
If there was 1, it should have been done right & the bastard 4x2 would be no more.👍