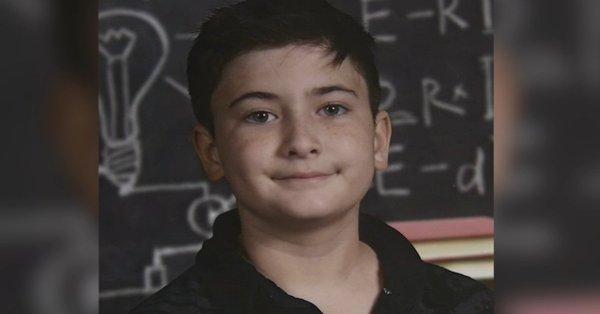 Was the desperate solution taken the best response to the problem, or did it just give more power to some of the bad, little guys? A child with a similar surname as President Donald Trump was being bullied in school by a couple of cruel kids just because of his name , and so the parents decided that the “best” move going forward is to have his name changed. Was it really the best solution?

11-year-old Joshua Trump has been the target of relentless bullying in his Delaware school, being mercilessly picked on just because of his last name by the bad kids. His parents felt that Brandywine School District wasn’t doing enough to address their child’s troubles not of his own making, and so they took matters into their own hands.

The father, Bobby Berto, chimed in: “He was getting ridiculed and bullied for the fact that his last name was Trump.”

All the bullying started when Trump began campaigning for the presidency. The family is not related to the President.

The thing is, the parents took it upon themselves to make adjustments . They sacrificed to save their child from further pain and sorrow brought by the young bullies. They pulled him out of school and had him homeschooled for a year.

This year, Joshua moved into middle school, with his parents hopeful that things will be better, and Joshua will not suffer the same harassment he had in his previous school. They were wrong.

Even if they held meetings with school officials and teachers, and had them properly oriented with the problems Joshua encountered with his previous school, things still didn’t quite change. The bullying persisted, only the faces of the cruel, little ones changed.

The mom said Joshua is taking the fresh wave of bullying hard: “He said he hates himself, and he hates his last name, and he feels sad all the time, and he doesn’t want to live feeling like that anymore, and as a parent, that’s scary.”

The school conducted an internal investigation. Five students were identified behind the bullying and were given disciplinary actions. Strangely, however, Joshua’s parents and the school still agreed to a “solution”, and that is to immediately change his last name to his father’s name in the school system.

The school also said they were providing Joshua “extra support” so he’d feel comfortable in reporting any possible future incidents of bullying.

There are some questions that beg to be answered, though. Why is changing the name because of a handful’s misguided behavior the chosen “solution”? Why can’t the school stop bullying, period, and enlighten the few bad ones that it is wrong to bully anyone, and that any reason will never justify bullying.

It is also a curious thing how the parents of those bullies reacted to the problem, and if they did their share in correcting and guiding the ill-mannered bullies. Could they be Democrats perhaps? It was an occasion for them to have shown their much-vaunted political correctness, that no child should suffer for sharing the same name with Trump, or for whatever reason for that matter.

Changing the name may be convenient just to “put an end to it all” but it does not solve the problem of bullies and bullying. It does not help future victims as well, sad to say.

Many are reacting to the news as well with disapproval for the kind of bad liberalism that can be seen in the case of the poor child-victim.

This is outrageous. This is what happens when a President is demonized constantly by every aspect of society. This is the fault of the media.

Liberalism at its finest. This poor kid. #liberalismisadisease

The kind of hate taught by our great senators @ChrisCoons & @TomCarperforDE everytime they open their mouths so no wonder the kids follow their lead.

Bullying by the same people that want "safe spaces" for themselves. So who's deplorable now?

I personally think it’s outrageous this child has to change his name due to bullying. I feel sorry for this student and his family. I fault the school district and their shortcomings in getting this bullying stopped. This school let this student down. Enforce your policies.

insane! why pander to crazy libs?!