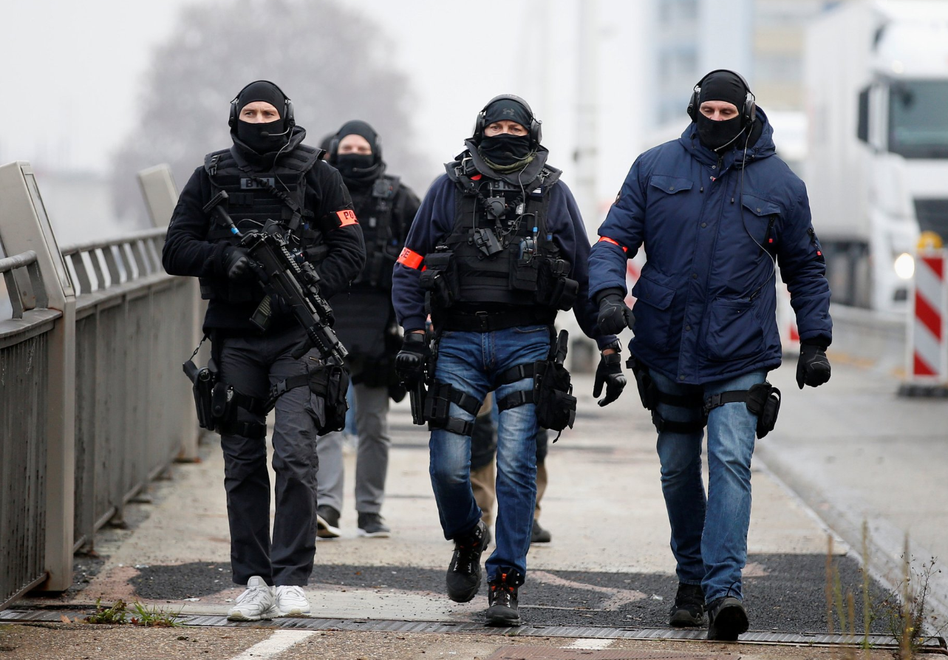 Near the Christmas market in the center of the French city of Strasbourg Tuesday evening, at least three people were killed and thirteen injured after a man with an automatic weapon started shooting. The perpetrator is still on the run. The threat level in France was increased and investigators confirmed a terrorist attack.

The shooting took place around 7.50 pm on Tuesday near the Christmas market. A man shot in three places - the rue des Orfèvres, place Gutenberg and the pont du Corbeau - with an automatic weapon into the crowds, after which panic broke out.

He is being hidden & sheltered by an entire community who support his actions.

Many will know where he is. They simply aren’t telling. pic.twitter.com/uCzYhts7kA

The man also attacked people with a knife. He shouted Allahu Akbar as he committed his horrible acts.

There were 3 deaths and 13 wounded. One of the deadly victims is a tourist from Thailand. He was a man of 45 who was on holiday with his wife in France. The couple had arrived only a few hours before.

Of the wounded, 6 are in critical condition. Initially there were 4 and then 3 deaths. On Wednesday morning, the death balance was adjusted to 2. Then it was adjusted to 3 again: according to police spokesman Mr Rémy Heitz, 2 deaths occurred immediately and a third person was declared brain dead in the afternoon.

The man also shot at the French soldiers who secured the Christmas market. They shot back and possibly hit the perpetrator, after which he fled. It is unclear how seriously he’s injured.

The terrorist is 29-year-old Cherif Chekat from Strasbourg, who was known to the authorities as a threat to state’s security.

The gunman normally had to present himself to the police on Tuesday morning, in the midst of an investigation into robberies and a murder attempt. Several others were arrested in that investigation, but when police went to his house his family declared that he wasn’t at home. During a raid of his house police found several grenades.

After the shooting, the gunman threatened a taxi driver. The shooter would have said to that taxi driver that he had "killed ten people". He left the taxi on the outskirts of Strasbourg and fled.

For Mr Roland Ries, mayor of Strasbourg, there can be no doubt: "This is undeniably another terrorist attack on France" he said Wednesday afternoon.

Revealed: Strasbourg suspect, 29, had a violent past, was tagged a 'threat to the state' by authorities https://t.co/zBhqpmaL64 pic.twitter.com/u7bWMccmSV

According to the mayor, it is absolutely essential that Wednesday is marked by mourning.

In the meantime, an investigation has been opened into murder and attempted murder with a terrorist character and participation in a terrorist criminal organization. Four family members of Mr Cherif Chekat have been arrested as they refused to cooperate with the investigation. Some 720 police officers are currently engaged in a large manhunt.

The longer the perpetrator can stay hidden however, the easier it becomes to believe that he is being helped.

One of the largest Christmas markets in Europe

The Christmas market in Strasbourg is one of the largest in Europe and attracts millions of visitors every year.

Disappointing to see BBC and Sky News lead with "Allahu Akbar" in their headline on the awful shooting in #Strasbourg vs. ITV and Al Jazeera who are being far more responsible.

This matters and it's wrong. pic.twitter.com/62rEDMVbdq

The historic center of the city, where the Christmas market is located, is surrounded by water. There were security posts on every bridge where visitors had to have their bags checked. Still the terrorist was able to enter with an automatic weapon.


Revelation 21:8 - But the fearful, and unbelieving, and the abominable, and murderers, and whoremongers, and sorcerers, and idolaters, and all liars, shall have their part in the lake which burneth with fire and brimstone: which is the second death.

That dark spot on his forehead is from his booty up face down stuff they do in mosques.


Miqdaad Versi
✔
@miqdaad
Disappointing to see BBC and Sky News lead with "Allahu Akbar" in their headline on the awful shooting in #Strasbourg vs. ITV and Al Jazeera who are being far more responsible.

This matters and it's wrong.

NO!!! ITS NOT WRONG!!!! TRUTH IS TRUTH!!!!! AND THE TRUTH MATTERS!!!!! DAMN TIME TO STOP THE GOD DAMNED POLITALLY CORRECT LYING BULLSHIT!!! THATS EXACTLY WHY WE ARE IN THE SPACE WE ARE IN NOW!!!! PEOPLE WANT TO MAKE EXCUSES FOR NONSENSE BULLSHIT AND COVERUP THE CRIMINAL AND IMMORAL BEHAVIORS OF THE MASSES!!!!!! GET SOME DAMN COMMON SENSE AND A DICTIONARY AND STOP MAKING UP WORDS AND DEFINITIONS THAT DENY THE TRUE MEANINGS!!!!!! LUNATIC LEFT WHAT RIGHT TO BE WRONG AND WRONG TO BE RIGHT!!!!! THERE IS NO TRUTH IN THEM!!!!!!!!!!!!!!!!!!!!

Isaiah 5:20
“Woe unto them that call evil good, and good evil; that put darkness for light, and light for darkness; that put bitter for sweet, and sweet for bitter!”